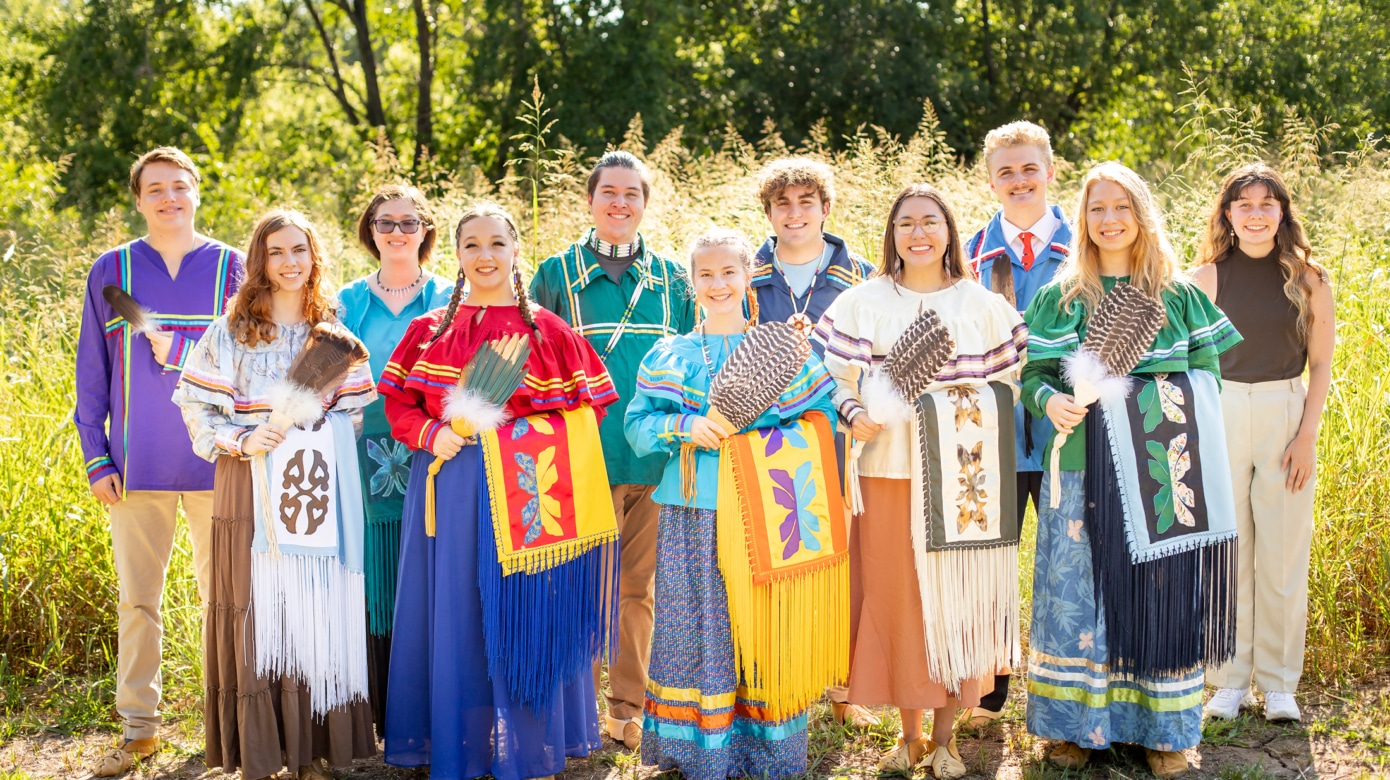 Each year, the Citizen Potawatomi Nation welcomes several college-age Tribal members to Shawnee, Oklahoma, to learn about the Nation’s culture, history and government. While the Potawatomi Leadership Program participants are engaged in the immersive 6-week course, they may also gain a strengthened connection to their Tribe.

After a hiatus in 2020 due to the coronavirus pandemic and a virtual program in 2021, the PLP returned to its in-person format in 2022.

“After having to cancel PLP in 2020 and moving it to a virtual format in 2021, it was wonderful to resume in-person programming this summer,” said CPN Education Director Tesia Zientek. “Growing up in this area and working for the Tribe, it can be easy to take for granted all of the amazing people and programs that comprise the Nation. However, seeing our Tribe through the eyes of the PLP students is energizing and fills me with hope for future generations.”

One of the most anticipated parts of the course is a reception at which the participants present the special projects they created that include programs, services or enterprises they envision for the Nation’s future.

Anna Korzeniewski and Chloe Williams created Wjanda Kek, or Cooking Pot, a cooking show produced and shared on social media platforms. The show would feature both traditional and modern Potawatomi recipes and help Tribal citizens connect with Potawatomi culture no matter where they live.

Mawdowen Minkanen, or Gathering of Seeds, was presented by Catherine Charnoky and Melody Glover. The creation of a seed library would allow Tribal members to request plant seeds that hold cultural significance for Potawatomi people. Seeds would be harvested from plants grown at Tribal headquarters and then mailed to CPN members.

David Harty and Sophia Carney shared Mamikwajma, or A Memorable Story About Someone, a rebranding of the current PLP program marketing to increase the number of program applicants. The project would redesign the program brochure and create a blog where past PLP could share their experiences.

Presenting Msko Nech, or Red Hand, were Jaden Tarter and Tessa Arenz. This project would increase local and regional awareness of the Missing, Murdered Indigenous Women/Person crisis at public events such as a virtual and in-person 5k memorial run and honor walk, prevention and self-defense classes, talking circles and other healing practices.

Liberty Wolfe and Tristin Stites introduced Native Air, which includes the construction of a mid-size airport and the creation of a small airline and flight school. The project would offer operations support to agricultural crop-dusting services, handle commercial travel and create employment in the form of pilots, instructors, maintenance and support staff.

“This year’s class really connected to the Tribal culture. Whether it was beading, smudging, learning the language, or singing, they loved learning about how to incorporate our Potawatomi culture into their daily lives,” Zientek said. “In addition, they have so many incredible ideas about how to share what they’ve learned with their families, friends and school communities.”

As the 2022 session of the PLP came to a close, each participant read a brief essay about their experiences. Many described their excitement at being selected and initial nervousness before arriving in Shawnee and living with a group of strangers.

Korzeniewski said she overcame preconceived notions of what it meant to be Native American as she learned about her family’s Potawatomi history at the Cultural Heritage Center. She said the PLP has helped her strengthen her cultural identity. She plans to share what she has learned with her family and incorporate it into her daily routines.

Several participants spoke of their experience as transformative, connective and even providing healing.

Charnoky said the weekly talking circles helped her process mixed emotions. She grew up in New York, proud to be CPN but reluctant to share her limited knowledge of her culture with others. Talking with her peers about those feelings helped her fully embrace her Potawatomi identity, Charnoky said.

Harty said before he arrived in Oklahoma, he struggled with a sense that he was not changing or growing. PLP helped him embrace who he is, and he does not focus on who he is not. Tarter said the talking circle helped him connect with a new sense of purpose. He said he ended many days by drumming and singing Potawatomi songs, which was therapeutic for him.

Carney intends to keep learning Potawatomi language and include her culture in her daily routine to help put herself in a healthy mindset. She said she plans to continue beading and sharing other traditions with her friends.

Stites found beauty in CPN culture that he now proudly calls his own. Cultural teachings about wisdom, respect and humility have impacted how he sees the world and how he will step into his future, he said.