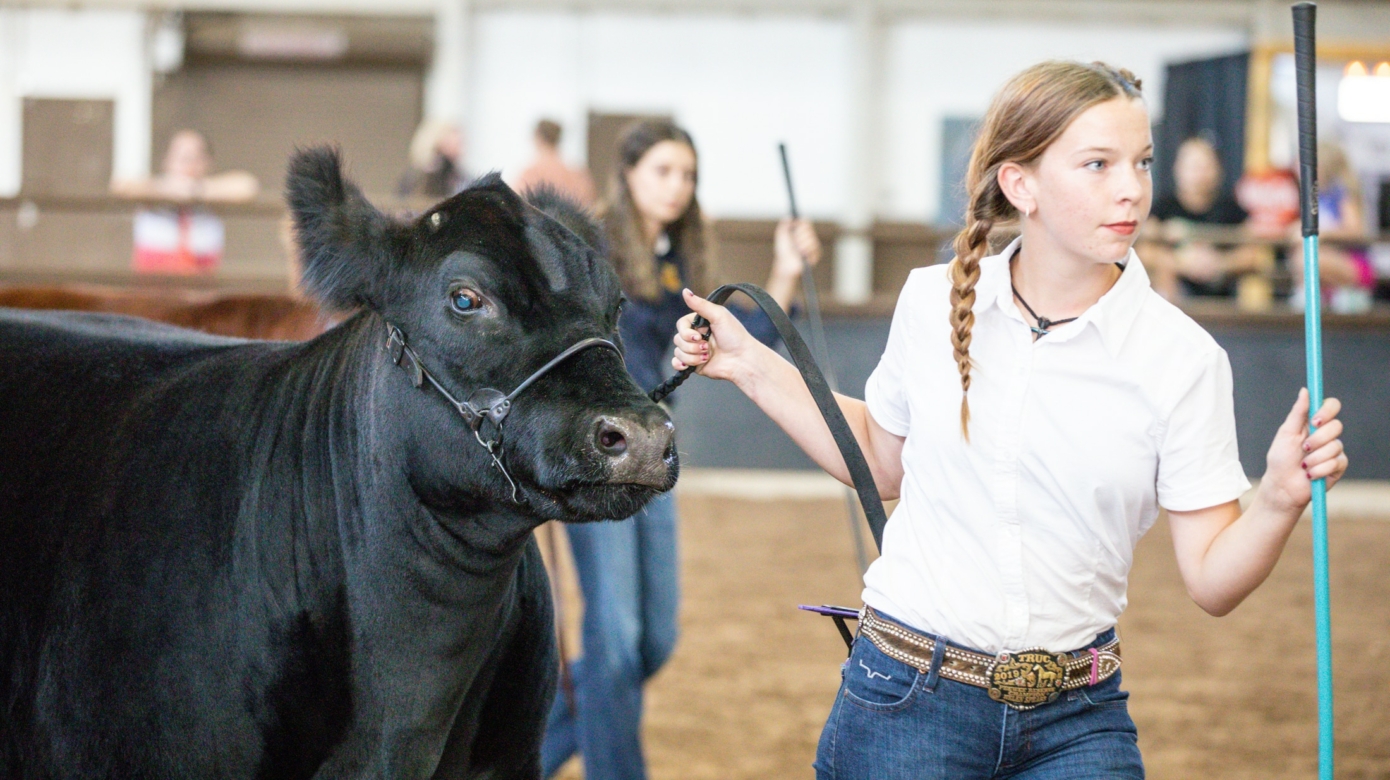 In the junior show, judges named Spears’ heifers division champions, with her bigger calf, Fancy, named the breed champion — the highest honor she won that day. In the open show, Spears won both reserve division champion and division champion with each calf. The day ended with handfuls of ribbons, banners and buckles for her achievements.

“Butterflies, just straight butterflies. The good ones, not the scared ones. Just that moment of relief, where you’re like, ‘Oh my gosh, I finally did it,’ you know?” Spears said.

At 14 years old, she competed at the state fair once before, with the 2020 competition canceled. Spears began showing cattle three years ago at 11. Making friends and meeting others with similar interests remains her favorite part of her FFA membership and the competitions.

“They’re probably some of the nicest people I’ve ever met or any people in agriculture, in general,” Spears said. “They are … generally positive, and they’re just uplifting. If you’ve got something you need help with, they’re going to be there to help you, no matter what it takes.”

Most of her family saw her achievement in person, including her mother, grandfather, uncle, father, stepfather, brothers and cousin. Spears’ grandfather began teaching her about cattle showing and breeding as a young child. He rarely misses a show; however, Spears said getting ready for a competition “takes about a village.”

“My cousin Jessica and my mom helped me a lot with the show calf part of it, but just in general, like the breeding part, that definitely came from my pawpaw. And my pawpaw taught my mom, and he taught my cousin. They definitely helped out a lot,” she said.

Spears’ mother, Tonya Kitchen, began showing cattle in her youth as well, but the family tradition goes back further. Their livestock lives on their family’s land that they have owned for just under a century.

“I heard stories from my great-grandmother about her sitting in the back of the wagon when her dad took the first Shorthorn bull in Pottawatomie County off of the railcar. So we’ve been doing this for a minute,” Kitchen said.

She won many awards herself, but Helen achieved a state award for breed champion with her heifer, Fancy — something Kitchen never accomplished.

“I cannot tell you how happy I was. I think I screamed so loud the people in the next barn probably heard me. But that was an exceptional moment, something that I never got to experience. And for my daughter to get to do it is so much better than me getting it,” she said.
Spears hopes to carry on the family tradition and someday pass along her showmanship tips and tricks.

Spears describes showing cattle as difficult and time-consuming. Competing and caring for her heifers and pigs built her work ethic and made her practice her leadership skills in FFA. Spears pampers her favorite calf in particular.

“She gets rinsed three times a day. She gets a bath at least two times a week. It’s a lot, but she definitely keeps me busy, and (practicing) walking is a thing, too,” Spears said.

Overall, the fulfillment outweighs the stress, and Kitchen’s pride shines.

“I don’t know many other kids who would wake up while it’s still dark before school to go out and rinse heifers and feed them and then have to come in and get ready for school, go to school all day, come home, do it all over again when they get home to do it all over again three hours later,” she said.

Spears tries to take competition results with a grain of salt, given all of her efforts.

Spears bought Fancy one year ago. Since then, they have spent many hours together working on showmanship and getting to know one another. She finds her pigs and cows adorable and considers them part of her family.

“If I just want to go somewhere and just kind of like be by myself for a little bit, I go over with my animals,” Spears said. 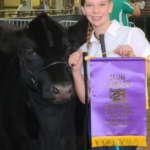 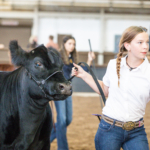