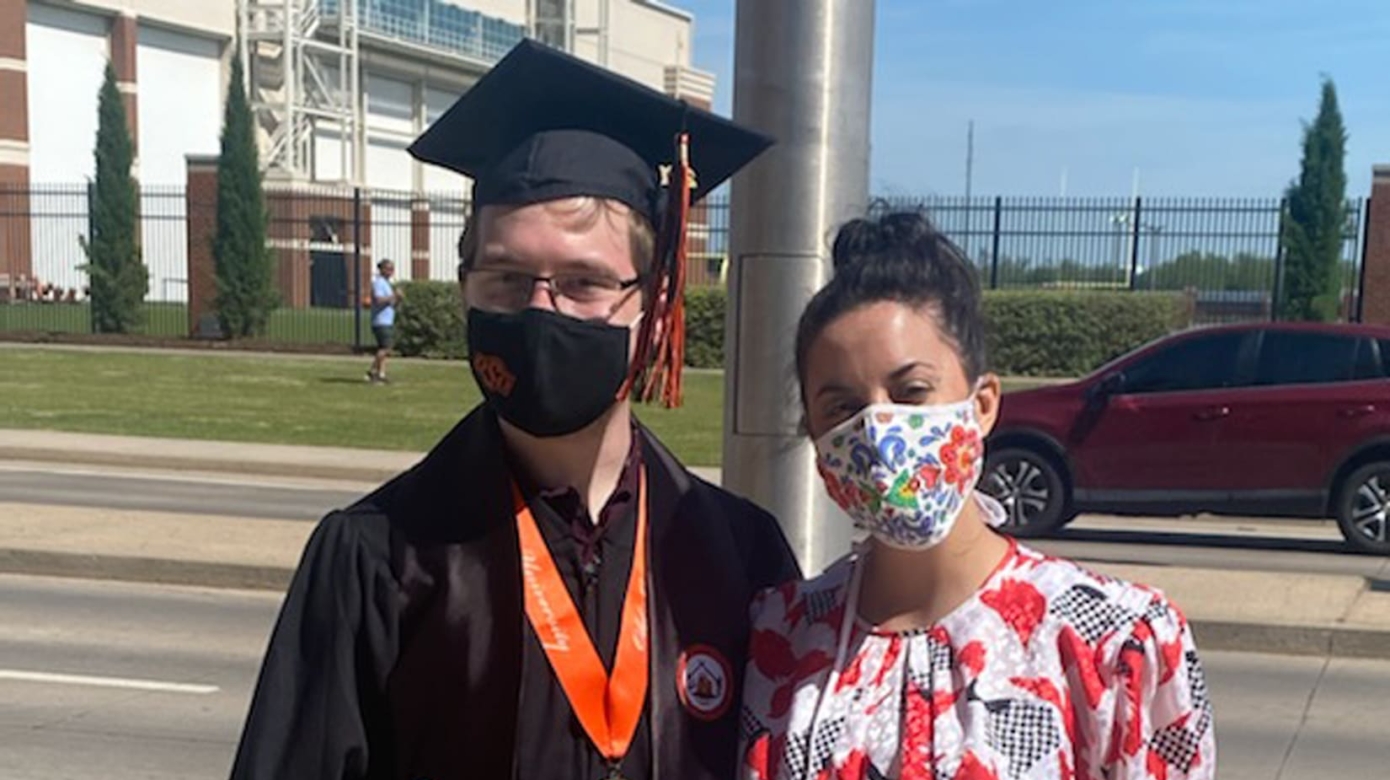 Trombla family descendant Heath Steward faced many challenges while earning his bachelor’s degree. As a first-generation college student, he switched schools and majors several times. Still, with the help of the Citizen Potawatomi Nation Department of Education, Steward built opportunities and a rewarding career for himself. He now enjoys giving back to Indigenous peoples and the land while working for the Bureau of Indian Affairs Eastern Regional Office in Nashville, Tennessee.

“My connection with the Tribe kind of is the reason why I was able to be successful because the education department was able to offer me the support that I didn’t have,” Steward said.

He was disconnected from the Nation and his heritage in his youth, but his high school drama teacher encouraged him to apply for Tribal citizenship his senior year. Steward then decided to apply for the Potawatomi Leadership Program in 2015.

“It was a really great opportunity to sort of get a look at what the Tribe was because you see a lot. That is for sure. So I got a lot of exposure through there,” he said.

The program inspired a new way of thinking and new priorities.

After he began college, Steward struggled to find his footing and goals. He attended the University of Oklahoma and eventually transferred to St. Gregory’s University in Shawnee, Oklahoma, which closed during his time there.

“Going to a small college after going to a big one, it’s so different. You walk from one side of campus to the other, which is a whole, I don’t know, 2,000 feet, and you’ve seen 40 people, and you said hello to every single one of them,” Steward said.

The CPN Department of Education helped him through the transitions, and he worked as an intern at the nearby CPN Community Garden. As a biology major at St. Gregory’s, the opportunity fit his goals. He stayed with CPN for a year.

“The garden internship that I was participating in was a huge opportunity for personal development due to the garden’s participation … with Monarch Watch to plant 4,000 milkweed plants and 5,000 nectar-bearing wildflowers,” Steward said. “And I got to learn really cool field techniques like stratification of seeds for nursery production, seed gathering, and … it was really, really cool.”

After returning to OU as an environmental sustainability major, he discovered the Bureau of Indian Affairs Pathways Internship Program. It combined his connection with the land and desire to study it to give back to Indigenous nations.

“Honestly, I couldn’t believe that I got accepted because it just seemed like a really cool opportunity. And whenever you get like a scholarship opportunity or something like that, you kind of just tell yourself, ‘I’m probably not going to get this, and it’s probably going to be a waste of an hour to throw together all the stuff to do this.’ But I got it. It was pretty crazy. It was very exciting,” Steward said.

Pathways only supports a small number of degree options, and he chose forestry. Steward transferred to Oklahoma State University, the only college in the state that offers a bachelor’s degree in the major. He graduated in May 2021.

“It kind of was really weird. I remember not feeling like it was official until I had the paper in my hands,” Steward said.

Steward’s first summer internship in the Pathway’s Program was with the Seminole Nation of Oklahoma’s Wildlife, Park and Recreation Department. It participated in the same monarch habitat restoration project as CPN.

“(I) managed some tribal trust land for recreation. I also got to see the grant reporting that those programs were doing. So it was a really cool opportunity. I learned a lot there, a lot of continuing some of the skills I developed at the garden,” Steward said.

His desire to combat climate change gave his work and major purpose. While searching for a field of study, he remembered how frightened the proposition and effects of a warming world made him as a high schooler.

“I see climate change happening around me. I see that it’s this existential threat sort of looming over us every day, and it was crazy how it felt like we were doing absolutely nothing about it,” Steward said.

Forestry combined his desire to begin a career contributing to a cause he believed in while sustainably cultivating a renewable resource and giving back to Indigenous communities.

“Trees do sequester carbon. They are a renewable resource. Planting trees can get some carbon out of the atmosphere. Now, is that our most effective way to handle things? Not necessarily. But what I appreciate from learning about forestry was I got to learn some of the earth sciences side of climate change. The carbon cycle, things like that,” Steward said.

After several internships and hands-on work opportunities, he now reviews timber sale contracts and assists tribal forestry programs. Steward collects data and assists in fulfilling the federal government’s trust obligations to 34 tribes throughout the 27 states in the region.

“I could do the most drudgerous (task), just going through a bunch of old documents and pulling data from them and entering them into Excel, and I can just do that because, at the end of the day, I can think, ‘I helped the bureau fulfill its trust obligations. I’m helping tribal communities.’ I can connect my duties to actual change in the world, and that’s so cool. And that’s really fulfilling,” he said.

Steward attributes his success to hard work, help from the Tribe, the Pathways program and a renewed sense of purpose.