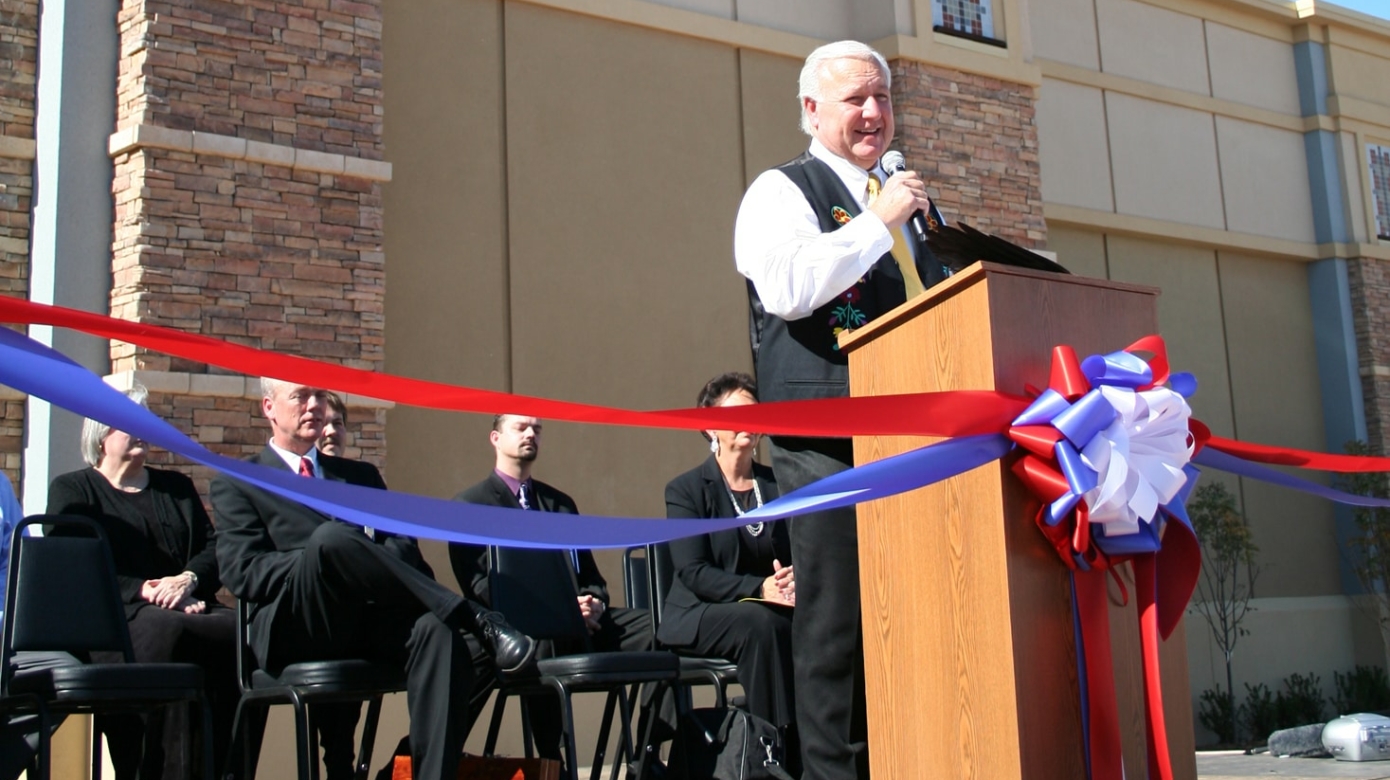 The Citizen Potawatomi Nation opened its flagship enterprise in 2006, welcoming visitors to the FireLake Grand Casino with 125,000 square feet of gaming. It turned 15 in 2021, and the last decade and a half brought many changes, including a renaming in 2012. Now the Grand Casino Hotel & Resort, this one-stop-shop for fun off I-40 attracts visitors with an excellent Brazilian steakhouse, a spa, a 14-story hotel, ball and dice games, slot machines on two stories, and much more.

Grand Casino Director of Marketing Chad Mathews started working for the facility in 2015.
“It’s been, I think, really, really cool to watch the growth not only of this facility but just the Tribe and how those things have gone over the last decade or so. And we’ve seen so much growth and forward-thinking,” he said.

The Nation began construction on a 262-room hotel in 2011, opening it to the public two years later. It added almost 144,000 square feet to the property, with architecture influenced by Frank Lloyd Wright. It now houses the Grand Resort Spa, a 24-hour fitness center, meeting facilities, in-room dining, wireless internet, an outdoor pool and more.

The Grand Event Center has hosted big musical acts such as The Band Perry, Alanis Morissette and Rodney Carrington. The Emmy-winning music documentary and concert series Play It Loud also calls the venue home, welcoming up-and-coming artists of different genres from across the state. The space also attracted many conferences throughout the last decade, including the Red Earth Festival Native art market in 2020 and 2021.

“We’ve got everything that you really need in terms of hosting a conference. We’ve got entertainment, we’ve got hotel rooms, we’ve got restaurants, catering, we’ve got the space. So it’s all sort of a one-stop, especially for that right size group. They can just do it all here,” Mathews said.

Following an unprecedented year in 2020, the casino celebrated its 15th anniversary in 2021 with the best revenue year yet. People eagerly returned to their favorite slot machines and poker tables after spending time away. The casino took the opportunity to refresh its machine selections and floor plan to give it a more “open feel.”

“We were growing year to year before the pandemic … But to have that continue and then even do better now is pretty awesome,” Mathews said.

The Grand plans to improve in the next year by expanding their food offerings — which already include a steakhouse, sports grille and sushi restaurant — with a food court on the main floor.

“If you and I go to lunch and you want ramen, and I’m feeling like barbeque, we can we can go in different directions and come back together, and (it’s) just an easy way to do that,” he said.

The bars and restaurants will also begin serving Grand House Brewing beers in 2022. CPN’s new brewery will offer a blonde American ale on tap with more flavors and types of beers coming in the future.

“With the explosion of craft beer across the country and in Oklahoma, that’s one of those things that it almost feels obligatory, like, you got to have it now,” Mathews said. “But it’ll be good in terms of a product that we’ll have ownership of and the ability to offer to our clients and customers and put our own kind of spin on it.”

They also anticipate the return of concerts in the new arena and events center, with ongoing construction to connect all parts of the casino in a fun and effective way. Current plans will give the entrance and other areas “more glitz,” Mathews said. The Hunzicker Brothers, Inc. recently updated the dome above the main outside entrance to include multi-colored LED lights that paint the structure purple, blue and red.

CPN consistently searches for new ways to improve its customers’ experience to ensure their return and retain its reputation for good, clean fun.

“The Grand has become a standard in terms of casinos in Oklahoma, and we want to continue to be that standard,” Mathews said.

Visit the Grand Casino Hotel & Resort online at grandresortok.com or on Facebook @grandcasinoresort. 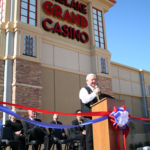