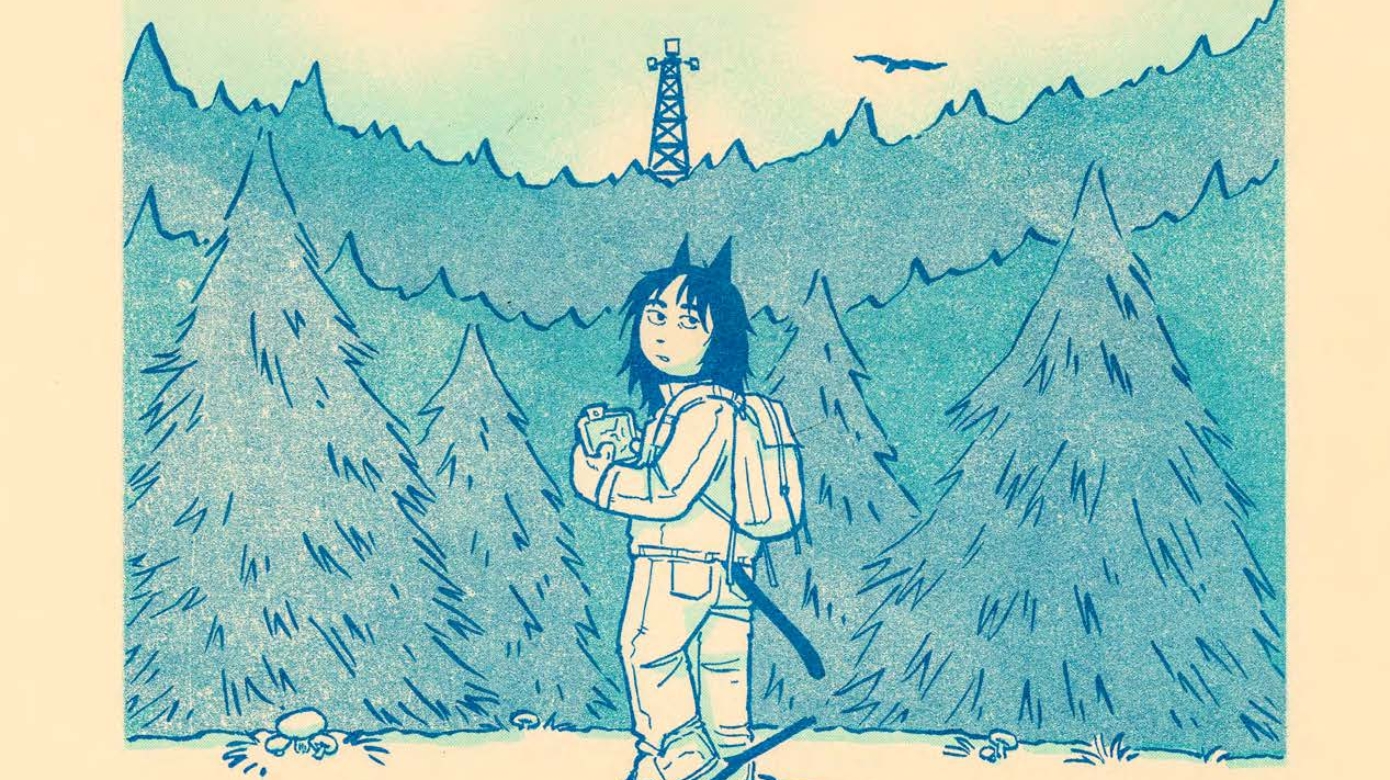 Cartoonist and printmaker Lane Lincecum uses art as a form of exploration. The Bertrand descendant enjoys opportunities to share Potawatomi culture and heritage with others, especially through visual formats. For a final project at the Minneapolis College of Art and Design, creating a comic book seemed like a no-brainer. The project, titled Flyover, includes Nishnabé-inspired themes and stories.

“I just took the skills that I had … and I just decided to make the cool, weird sci-fi, floppy comic that I wish that I had when I was a little kid,” Lincecum said.

Flyover provided Lincecum an opportunity to mix disciplines, from its colors to hand-binding.
Lincecum, who focused on printmaking during college, said, “One of the fun parts for me was designing the whole thing.”

Their interest in art began at an early age.

“I’ve been drawing since, I think, I could hold a pencil,” Lincecum said. “I’ve always just really enjoyed drawing cartoons … it’s just something I’ve gotten really good at over the years.”

“I really like when my drawings feel very familiar and lived in, which I think makes it fun when I write like sci-fi kind of stuff or fantasy kind of stuff because it’s combining like a very realistic, lived-in world with sort of an out-of-this-world concept,” Lincecum said.

“I get a lot out of observing the things around me in daily life — on the street and on the ground, in the grocery store, when I’m driving around,” Lincecum said.

“It’s where I collect all my ideas. … I go back to my sketchbook and look at my notes, look at my little drawings and see how I can take those and expand on them, put more time into them and turn them into something else,” Lincecum said.

Flyover evolved from prior sketches and an alternative print technique called a risograph, which created the comic’s late-winter, early-spring setting using mint green and blue hues set in the Great Lakes region.

“I just think about like what that area looked like 200 years ago and maybe what it’ll look like that same amount of time in the future,” Lincecum said.

Despite living around the Great Lakes, researching and learning Potawatomi traditions and history is a more recent interest.

“What I wanted to do in this story was talk about something that I think a lot of people my age and experience, or just a lot of people in our Tribe’s experience, is— growing up kind of not having that perspective and then gaining it as an adult and trying to re-learn about the world around you through the perspective of relationships to the land and what our ancestors went through,” Lincecum said.

“It’s an example of a story I think is good for kids and like younger people to understand the relationship between people and the land and that give and take,” Lincecum explained. “So I chose to take that and kind of extrapolate it out into this climate change scenario.”

The comic’s main character, Bertie, lives in a post-apocalyptic world and uses a drone to explore and map her surroundings. Bertie comes in contact with Ollie, who introduces her to Amy in the nearby sugar bush. Bertie discovers they are harvesting maple sap and learns what caused the wide-spread desolation.

Lincecum hopes to one day create comics completely in Bodéwadmimwen and is currently working on developing an online commerce platform along with several artist colleagues. 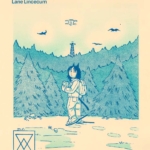