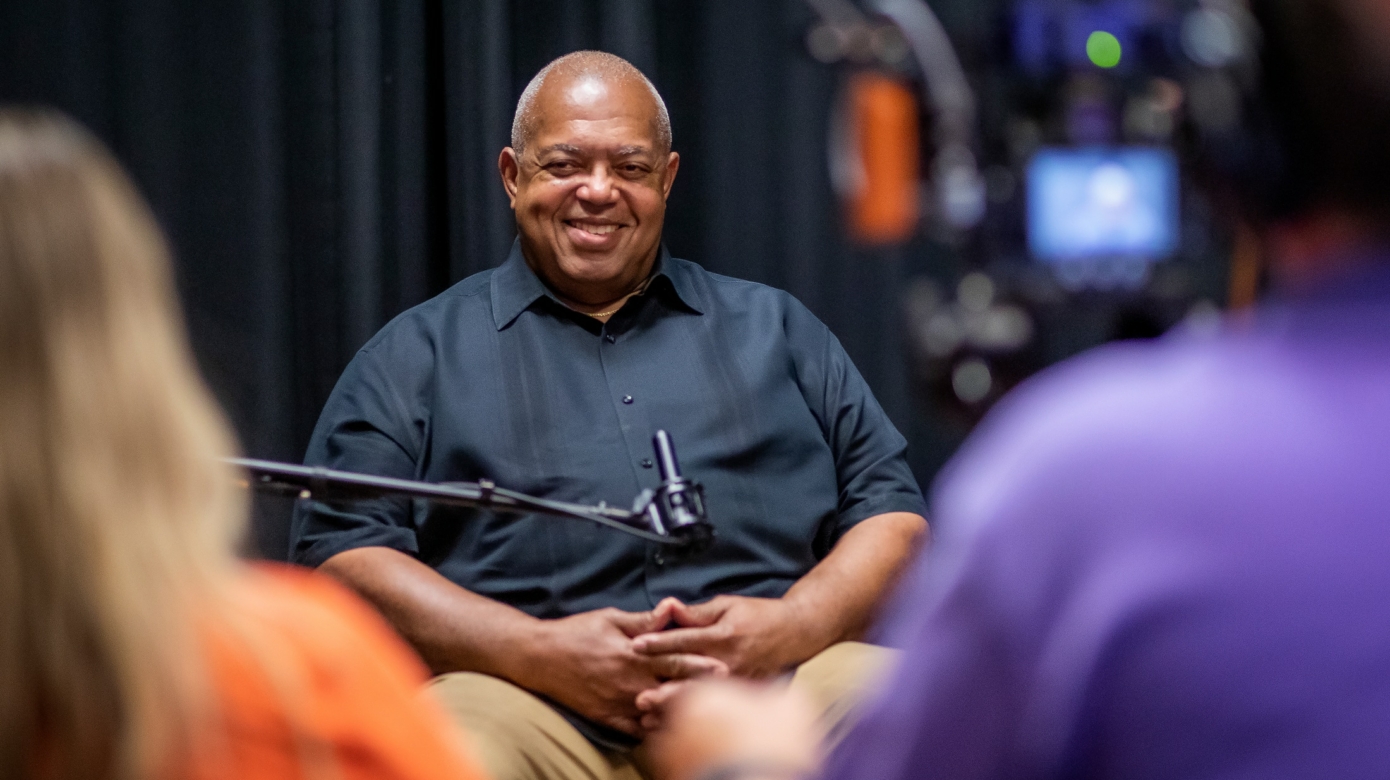 CPN HR Director Richard Brown uses the experiences gained during his time at ECU to effectively lead at work and serve the community.

This article and photograph originally ran in The Ada News on Sept. 18, 2021. It has been lightly edited and reprinted here with permission.

The East Central University Athletics Department has awarded the 2021 Milam Award to Richard Brown, a former ECU football player that now counts among his many accomplishments as being a Big 12 Conference football official, family man and philanthropist.

Brown is the 48th winner of the prestigious ECU honor and serves as the Citizen Potawatomi Nation’s Human Resources Department director.

“We are thrilled to bestow Richard Brown with the Milam Award this year,” said East Central University President Dr. Katricia Pierson. “Richard is a solid family man who gives back to the university and his community. Because of his incredible energy and integrity, he is a successful professional and well-respected Big 12 Conference football official.”

The Milam Award is presented annually, since 1972, at ECU’s homecoming football game to a former Tiger football player who not only excelled in the classroom and on the gridiron, but also distinguished himself in his chosen career. The award was named in honor of Joe Milam, a former educator and coach in the states of Oklahoma and Texas.

“The Milam Award is a great honor,” Brown stated. “It tells me that I have done things that people have recognized, even when I didn’t realize they were paying attention. It is an honor to know that what I have accomplished in life and in my field of human resources has been helpful for somebody, and that is what life if all about.”

The Okmulgee native started his interest in ECU football at a young age. When he was in elementary school, he would ride the school bus, which his dad was driving, from Okmulgee to ECU so fans could go see local standouts like Donnie Brown, Dewey McClain, Harvey Richardson and Ronnie James play for the Tigers.

Watching his hometown heroes get to move on and get an education, while playing football, made him dream that one day maybe he could don a black-and-orange uniform to help him earn his college degree.

By the time came around for Brown to choose where to go after college, the decision was easy, especially after he met the current ECU coaching staff. Brown came to ECU in 1978 to play football and earned his bachelor’s degree in 1982. Along the way, he claimed All-Oklahoma Intercollegiate Conference and all-district honors, was named the team captain and added the title of President of the ETA Theta Chapter of the Alpha Phi Alpha Fraternity.

“I spent a lot of time with coaches Pat O’Neal and Ron Miller,” Brown said. “Both spent a lot of time with their players from a football aspect and also with the important things to do to be successful in life. Therefore, for me it was not just going to ECU, giving them four years of my life and getting nothing in return. I was able to get something out of it that has helped me throughout my life.”

The skills he learned on the field and in the classroom have allowed him to excel in his career in human resources and also becoming a well-respected Big 12 Conference official since 1996. In his first career in human resources, he has worked with the Oklahoma Employment Security Commission, East Central Workforce Development, Inc. and the Citizen Potawatomi Nation.

“I went into officiating to stay close to the game,” Brown said. “I wanted to teach and coach, but I got a job working for the State of Oklahoma right out of college. So I got involved with officiating to stay close to the game and work with young people. I still may be able to help a student make a difference in their life or help them choose where they want to go after football.”

Though his career, he has gotten to work with his former ECU teammate, Derrick Bowers, on the field, traveled to Europe for games, worked several bowl games, including the Rose Bowl and a national championship game, but his hardest games to work were when he had to come back to ECU.

“Getting called back to your alma mater, those are tough,” Brown said. “But, I have always called games how I see them, and my colleagues are all men of integrity and will not sway a game in any direction.”

In his free time, Brown has made a point to be on involved in several nonprofit organizations, becoming a board member of most to give back to his community. He has worked with the Central Oklahoma Human Resources Association, Boys & Girls Club Advisory Board, Central Oklahoma Workforce Innovations Opportunity Board, International Association of Workforce Professionals, Southwest Benefits Association, Oklahoma Human Resources and Alpha Phi Alpha Fraternity. Brown has served as the leader of these boards and many more.

None of his accomplishments could have been realized without the lessons he learned at ECU in the classroom and on the football field. It also gave him personal connections that he has maintained.

“The people I met and have maintained friendship with throughout my life are some of my best memories from ECU,” he said. “Everyone is like family at ECU. The atmosphere and quality of the teachers who cared about you as a person was tremendous.

“After attending East Central, I always tell kids, ‘Try one year at ECU. You will find out that being a college student can be some of the best times of your life.’”

His love of sports has rubbed off on his family, as his son Justen has become a women’s college basketball official and his daughter Brittney is an assistant women’s basketball coach at Texas Christian University. 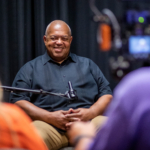 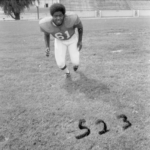 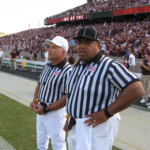