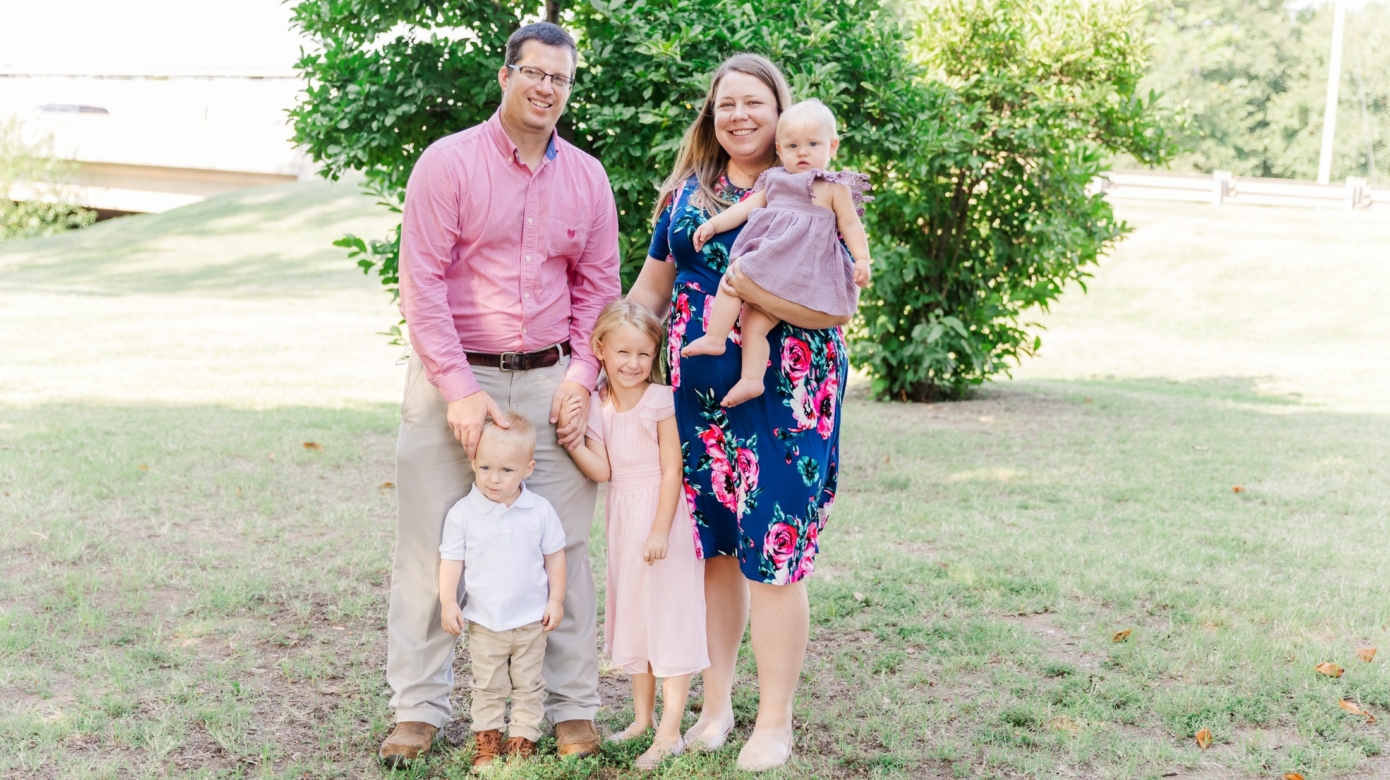 First-time parents Sara and Michael Winsett use tips and advice from FireLodge Children & Family Services while caring for their adoptive children. (Photo provided)

CPN tribal member Sara Winsett and her husband Michael decided to expand their family in late 2019. After seeing an article published in the Hownikan, they reached out to FireLodge and began their journey to parenthood. This year, they adopted three children.

The Winsetts lived in Texas a few years ago and moved to Elgin, Oklahoma, after deciding to work with FireLodge.

“The main reason why we moved up here is to use the Tribe to foster and possibly adopt. Because just going through the state, that was a completely different headache down in Texas,” Michael said.

The Winsett’s friends utilized the Tribe’s services when they decided to foster and adopt. After taking their advice, Sara and Michael look forward to recommending FireLodge to others.

“If I had a question, they would give me a call back, or they would text me right then and there. Email me. I personally worked with (Foster Care and Adoption Manager Kendra Lowden) the whole time, pretty much, and she was a godsend. She was so helpful,” Sara said.

The Winsetts began fostering an infant in August 2020 and another set of siblings at the beginning of 2021. The adoptions became final through the CPN Court System in July and August 2021.

“It feels like we’ve been doing this since they were born. It seems like we’ve been doing it forever. It doesn’t seem like it’s just been a short amount of time. But I think it’s because we’ve improved so quickly over such a small amount of time, whether it’s time management or just learning how to communicate with a child, kind of figure out what’s going through their mind,” Michael said.

According to the National Council for Adoption’s 2017 Adoption: By the Numbers, adoptions from foster care increased in the decade between 2005 and 2015, based upon the most recent data available. However, the number of children awaiting placement also increased.

“Both of us kind of decided that even if we had our own biological children, that we’d at least foster or at least try to adopt one or two at the very least,” Michael said.

Accepting children into their family holds a special place for Sara. Her grandparents welcomed her father into their home from Germany, and Michael was adopted as well.

“I’ve always been very open about it because of my dad and where he could have ended up,” Sara said. “He was in an orphanage until he was about a year old, and my grandma and my grandfather adopting him got him out of that situation.”

When the opportunity came to keep siblings together, “We couldn’t say no,” Sara said.

“I cannot imagine being separated from my siblings. … That’s just something that we would never allow to happen,” she said.

They also enjoyed working with FireLodge for the chance to keep Native children in Native households. As a Darling and Willmet family descendant, Sara gladly accepted Potawatomi children into her home without second thoughts.

“I’ve heard people say that they will not even foster Native kids because it’s not a guarantee that they’ll get to adopt them because they’re Native American. And that’s really heartbreaking,” Sara said.

They both focus on giving their children the ability to succeed in life and feel like their work remains incomplete.

“Hopefully, we can get a couple more kids,” Sara said. “We both came from big families. I had four siblings; (Michael) had four. And so we want a big family.”

They encourage other Native American families to reach out to FireLodge to ask about fostering and adoption. The department welcomes members and citizens of all tribal nations to contact them for information.

“The goal was the child, which is the way it should be at every agency, every state or organization. So just ask questions. If you’re thinking about it, just ask. It’s not going to hurt anything,” Michael said.

Find out more about FireLodge Children & Family Services at cpn.news/firelodge.