Simpson’s summer with the Smithsonian 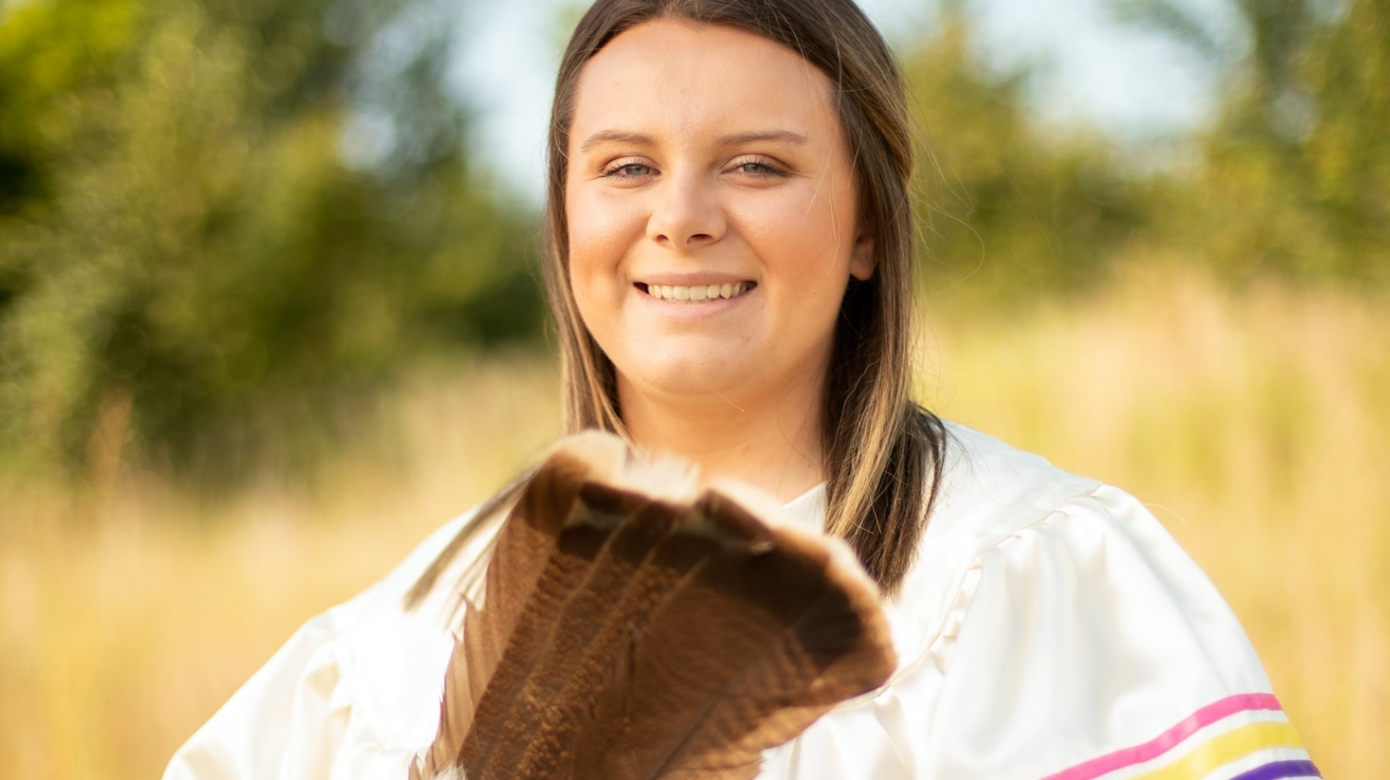 Former Potawatomi Leadership Program participant Katie Simpson uses inspiration from her summer with the Tribe during her internship at the Smithsonian.

As an anthropology major at Fort Lewis College in Durango, Colorado, Tribal member Katie Simpson loves museums and teaching others about underrepresented cultures. This summer, she worked as an intern for the Smithsonian’s National Museum of the American Indian in New York City. Simpson fell to her knees while accepting the position on the phone.

“My parents thought something bad had happened. And I was like, ‘No, I got an internship at the Smithsonian.’ And everyone was like, ‘Oh my gosh!’ And it was a good day,” she said.

The Toupin family descendant applied with NMAI after encouragement from college mentors and professors. Simpson became interested in museum studies while attending the Potawatomi Leadership Program in 2019 and focused her education on Native American artifact curation and Indigenous representation.

“I walked around the (Citizen Potawatomi Nation’s Cultural) Heritage Center, and we spent a lot of time in there, and I felt strongly that this is a place where people can come ask questions, and they feel welcome. They don’t feel like it’s cold and there’s separation between you and I,” Simpson said.

Despite coronavirus numbers falling and vaccinations rising, the Smithsonian moved many of their internship programs to a digital platform. However, Simpson excitedly put her skills to use for two months, writing and editing videos, and working on digital content for Native Knowledge 360°, the Smithsonian’s online educational platform.

Her biggest project involved researching wild rice, or mnomen, and other North American plants to create curriculum about their history with Indigenous populations. That included learning about growing, harvesting and processing the foods as well as searching the NMAI databases for any corresponding artifacts.

“And since mnomen is pretty big within our own culture, I kind of took that and went like, ‘Hey, I kind of want to do an interpretive program.’… And I thought it would be really neat to talk about not only mnomen and some of the cultural significance and the ecological components behind that, I wanted to take it a step further and talk about food sovereignty,” Simpson said.

She chose her project to provide Potawatomi representation for the Smithsonian’s website and exhibits. The staff overseeing her work encouraged her.

“I felt very moved to do that because ever since the PLP, I’ve always wanted to give back to not only all Native people, but I really wanted to give back to our Tribe. … The Nation has done so much for me and other college students. And that’s kind of like my livelihood now. It’s like, ‘How can I give back?’” Simpson said.

She graduates with her bachelor’s in December 2021 and hopes to continue her education with a master of legal studies in Indigenous people’s law. In the last few decades, conversations regarding the repatriation of remains and artifacts to Native tribes has moved to the forefront of museum curation.

“There’s not a lot of justice when it comes to artifacts because a lot of archeologists didn’t handle that properly in the past. So it was really inspired me to go down that law track. That way, I can study more in-depth all of these processes and policies that are in place,” Simpson said.

Following her internship and studying law, she plans to work for a museum as a tribal liaison or a tribal museum curator.

“The museum is where my heart is because I feel like that’s where some of the best research can take place,” Simpson said. “And we have it within our control to represent all Indigenous peoples in museums with cultural cognizance and integrity.”

Visit the Smithsonian National Museum of the American Indian’s Native Knowledge 360° at cpn.news/NK360. 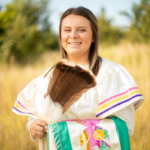