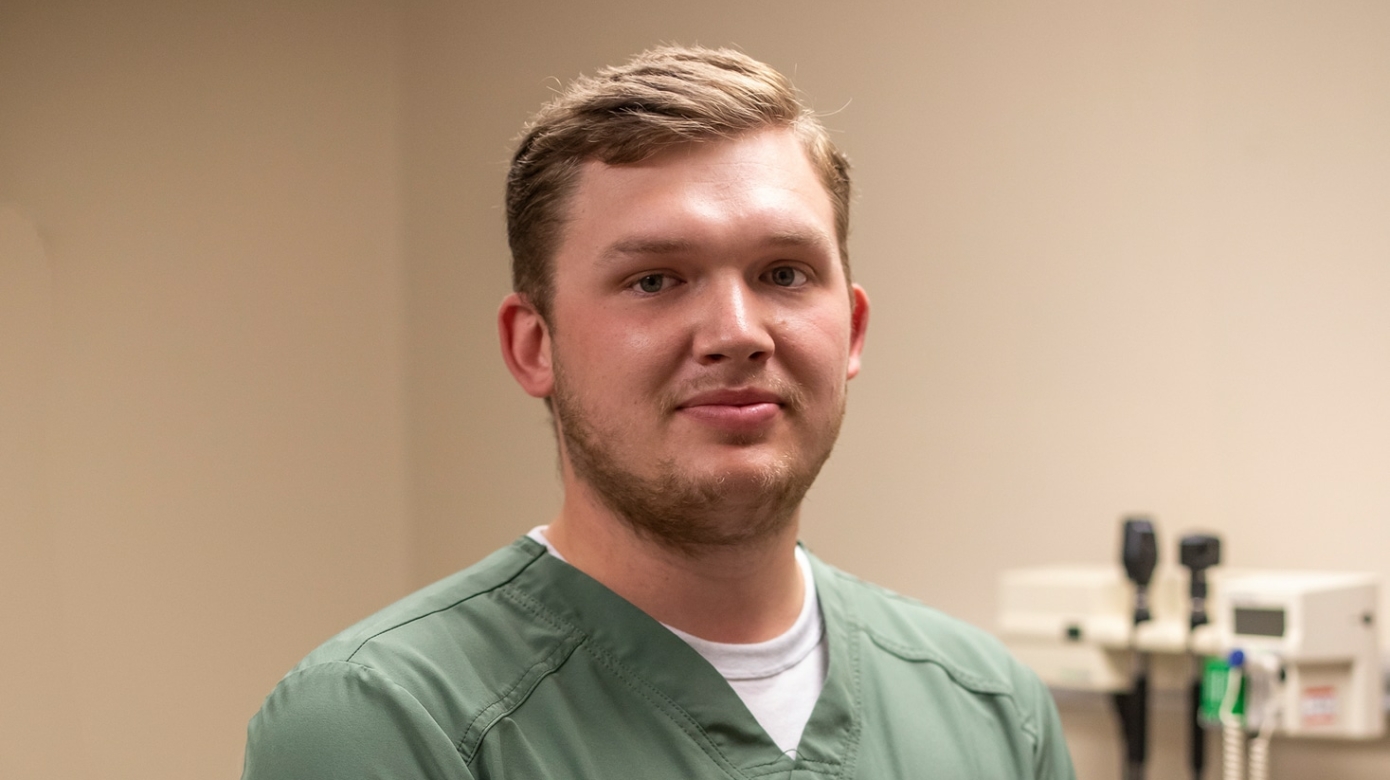 Dakota LeClaire finds the opportunity to serve fellow CPN tribal members rewarding through his medical career at the Nation.

LeClaire knew he wanted to become a nurse at 11 years old. His stepmother had twins 10 weeks early, and the family spent a significant amount of time in the ICU. The nurses’ dedication to their care inspired him.

“I think just seeing … them interact with them and seeing how much my stepmom and my dad appreciated it. I was like, ‘I want to do that someday. I want to make a difference someday,’” LeClaire said.

After graduation, he began working at Integris Baptist Medical Center in Oklahoma City. He enjoyed his position working on a surgical floor for neurology and orthopedics until the coronavirus pandemic stretched medical resources to their limits. The hospital turned the specialized unit into a COVID-19 ward in November 2020, which LeClaire described as a “war zone.”

“I was kind of just thrown into it, and it was an experience for sure,” he said. “It had its ups and its downs. It was an experience. I wouldn’t take it back for nothing. I learned a lot and saw a lot of things, met a lot of nice people. But it was rough.”

The need for change took over this spring; however, he said working in a COVID unit gave him years of experience in a short amount of time.

“I think once I left there, I was kind of like, ‘Man, I feel like I can conquer anything. If I can do that, then I can do anything.’ Because getting thrown into a pandemic right out of nursing school is kind of crazy, but it worked out,” he said.

LeClaire wanted to work for CPNHS, and after seeing patients through their darkest times, transitioning to preventive medicine became appealing.

“I like to see like the brighter side of things … because I feel like if I do something positive in the beginning, that it hopefully won’t lead to (a patient) going to the hospital or getting sick in the future if they don’t get the certain vaccine or all that stuff,” LeClaire said.

His time at the East Clinic has expanded his knowledge on the “brighter side” already, giving him the chance to work with all ages on their vaccines, asthma action plans, ear cleanings and anything else they need.

“It’s kind of nice getting to see the same patients and kind of getting to know them,” LeClaire said. “And they know me, so they’re comfortable. And they learn how I do things. … Everyone has a better experience when they know the person that’s going to be taking care of them.”

Since starting with CPNHS, he has seen the other side of COVID-19 while assisting with three of the Tribe’s mass-vaccination clinics.

“The patients were happy. People who came in were happy. All the staff seemed happy,” LeClaire said. “It was just very organized and smooth, and they had the kinks to work out. But I mean, obviously, that’s with anything you do. … But it was overall just great.”

Throughout his childhood, LeClaire visited CPNHS doctors and attended the annual Family Reunion Festival with his family. He feels more connected to his heritage and other Tribal members after spending a few months as an employee.

“If (patients) are Potawatomi, they’ll give me a background of their story, and they’ll kind of tell me things about the Tribe, teach me things. They’ll invite me to events at the Tribe,” he said.

LeClaire now participates in Tribal activities more; he voted for the first time ahead of General Council this summer. He also enjoys meeting new people on an almost daily basis — and even new relatives. LeClaire’s great-aunt helps him with their genealogy.

“I always talk to her about all of it and then hearing other people’s, and then you kind of link together. You’re kind of related in some ways, and you’re kind of like, ‘Oh, OK. So you’re like my sixth cousin, somehow.’ It’s been kind of cool,” LeClaire said.

He and his wife Maddie both serve Indian Country as public health nurses, and caring for Indigenous people gives their service-oriented professions extra meaning.

“I think it makes it better knowing that I’m helping my Tribe and helping other Natives, because with access to health care, if they can’t afford it or if they can’t get it somewhere else, they know they come to us and count on us to give it to them,” LeClaire said.

One day, he hopes to pursue his education further and become a nurse practitioner. 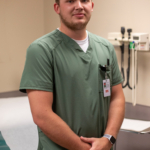