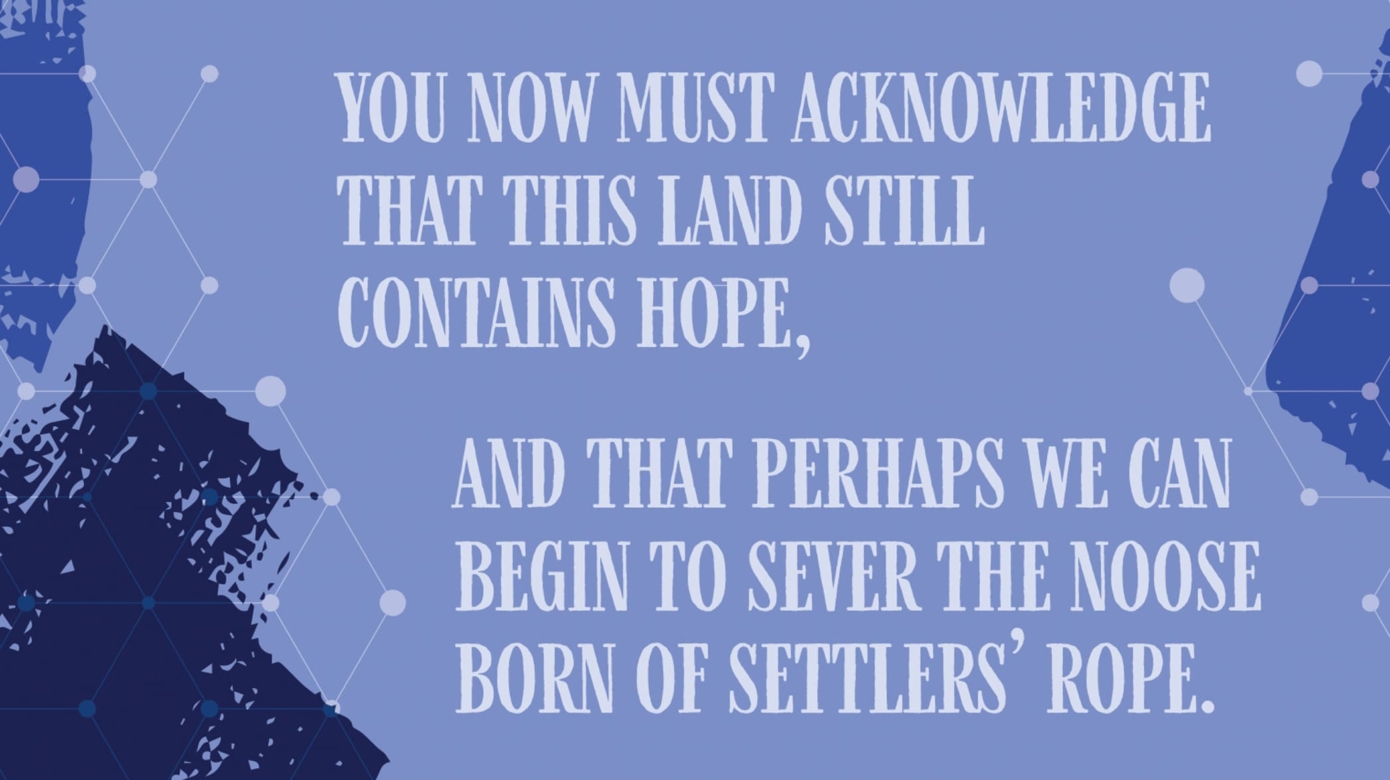 While a common practice throughout Canada, land acknowledgments remain a new concept in much of the United States.

Some academics and Native-focused nonprofits encourage them as a way to engage with the Indigenous peoples upon whose property their work and lives depend. As there are many layers to tribal histories, cultures and current affairs, these statements exist with various purposes and potentials.

Speakers, teachers and community leaders generally prepare these acknowledgments for the beginnings of large gatherings, including meetings, lectures, sporting events, graduations and much more.

Cherokee Nation citizen and Indiana University professor Liza Black believes this aspect of repatriation is important. She gives one at the beginning of each of her classes.

“I mean, if we’re going to have the Pledge of Allegiance, why can’t we have a land acknowledgment?” she said.

Black begins her general education courses on Native American history with an assignment for each student to write one about their hometown or the university. She emphasized most complete ones are heartfelt, historical, detailed and respectful.

Some show passion and ingenuity for the project, including Madyson Lorch, who wrote one in the form of a poem for Black’s course in fall 2020. (The Hownikan has reprinted a portion with permission.)

Minneapolis, Minnesota, based organization The Native Governance Center emphasizes these pieces’ effectiveness exists outside of a full explanation of history or grimness.

“They should function as living celebrations of Indigenous communities,” the nonprofit said. “Ask yourself, ‘How am I leaving Indigenous people in a stronger, more empowered place because of this land acknowledgment?’ Focus on the positivity of who Indigenous people are today.”

Black agreed and described them as a “living process,” meaning they call for frequent updates and exploration.

Preparing an acknowledgment includes research, both historical and contemporary. It leads to an understanding of how various Indigenous nations function in the present day, including how they celebrate their culture and the events that led to it.

“It’s part of establishing relations with local tribes. It’s part of learning how to say tribes’ names in their own language,” Black said.

While writing, the author reflects on the various ways Indigenous peoples and Europeans perceive land’s purpose and their right to it. It helps them put societal issues between Native Nations and the government in a new context.

“In general, Europeans and people of European descent saw land as an asset and saw land as something marketable. And Native people saw and still see land very differently and more through a cultural lens, a spiritual lens, a utilitarian lens, a tribal lens, but not so much a capitalistic lens. And so I think that’s part of it is just this incredible clash over meaning,” Black said.

Land acknowledgments also grapple with sovereignty and legalities. Many tribes entered into treaties with the United States government in an attempt to hold onto some piece of property that they have ancestral or legal rights to, including Citizen Potawatomi Nation. Like many tribes, CPN experienced forced removal. Many Potawatomi were forcibly removed from the Great Lakes region to reservations in Iowa and Kansas, and eventually, took individual allotments in present-day Oklahoma — all of which occurred over four decades.

Black refers to the story of Native America as a “story of dispossession.”

Some land acknowledgments use formal presentations with visuals to explain these complicated facets of North America’s history to replace ignorance with a desire to learn more and become an ally.

“A jaded person might say, ‘Oh, this is just a statement that is being read.’ But I see in that that you’re planting the seed for supporting those tribes’ sovereignty,” Black said.

Fostering dialogue for the reclamation of Indigenous populations’ land is the ultimate goal. Briefly explaining laws and treaties moves discussions from emotional claims to lawful ones.

“To document that and give voice to that, and then to visualize that, to show that with statistics, this is all incredibly powerful in that it’s proving that dispossession. And it’s also potentially making land claims based on the means of that dispossession,” Black said.

While that seems like a lofty goal, she finds strength in repetition.

“You are acknowledging the sovereignty of these nations on the ground upon which you stand, and this increases awareness. And if you’re doing this at public functions with people who are in power to do something about said sovereignty, this can all support it to that end,” Black said.

“How do you replicate that? How do you give voice to all of that? But you have to try.”

She hopes that various institutions, groups and governments normalize land acknowledgments in the next 10 years.

Native-land.ca offers a map that shows traditional and present lands of Indigenous peoples, with options to view territories, languages or treaties. It also offers a text feature. Users can send a zip code or city and state (separated by a comma) to 907-312-5085 and receive the tribe(s) whose land it occupies.

To learn more about land acknowledgments, including a guide for writing and research, visit cpn.news/nativegov and cpn.news/UCLAguide. Find a history of Citizen Potawatomi Nation, including migrations and force removals, at potawatomiheritage.com/history. 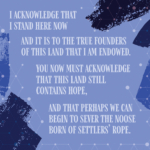