Citizen Potawatomi Nation veterans have a legacy of service to their country and Tribe. For Michael John Kennedy, his giving spirit lives on even after his passing in late May 2021 through a newly formed memorial scholarship.

At a service of remembrance in June, Tribal Vice-Chairman Linda Capps announced the CPN Department of Education’s new scholarship available in fall 2021 for children and grandchildren of Tribal veterans. Funded by his estate, the Michael John Kennedy Scholarship is the Nation’s first memorial award for education.

“It is such a beautiful way to give to your Nation and to leave a lasting legacy,” said Tesia Zientek, department of education director. “I never got an opportunity to meet Michael, but in a way, his generosity has really touched me personally as well because now I can see how his life and his passing are going to affect several Potawatomi students for years to come.”

When setting requirements for the scholarship, Zientek and Bob Carlile, the executor of Kennedy’s estate, prioritized selecting a junior or senior undergraduate each year as the recipient of $1,000.

“It is true that there are more scholarships that focus on first-time freshmen. So for there to be one that specifically focuses on students more advanced in their studies, I think that is something a bit unique,” Zientek said.

Native Americans serve in the armed forces at a higher rate than any other segment of the population, and Kennedy followed in his father’s footsteps when he enlisted. Carlile, Capps and Zientek want the scholarship to reach several generations linked to military service members.

“People of Vietnam Era, they all have grandchildren now. … This way, it covers a larger class of people,” Carlile said.

As a young man, Kennedy served in the Navy for 12 years during the Vietnam War. He took pride in his military background and talked to his friend and fellow Tribal elder housing resident Mary Powell some about his deployment.

The department set high expectations with their application requirements, including a 3.0 GPA. Students must also submit an essay about how modern or historical Potawatomi warriors impact the Nation.

“It doesn’t necessarily have to be militaristic in nature,” Zientek said. “We fight a lot of battles in the courtroom now and in government policy. So I think it exemplifies the fighting spirit of the Citizen Potawatomi Nation, and I’m excited to see how each person expresses that relationship in their words.”

The essay also presents an opportunity for applicants to research the Tribe and its history and perhaps talk to their family members about their military service.

“We had a lot of really strong warriors who helped us maintain our territories, culture and sovereignty,” Zientek said. “So I think this is a really exciting way for people to put that legacy of being a warrior into context and really think that through.”

Kennedy was buried in Oklahoma at Fort Gibson National Cemetery in honor of his service.

While Kennedy attended Bacone College in Muskogee, Oklahoma, for a time, he never graduated. Carlile felt he would have enjoyed helping the next generation of Potawatomi and veterans’ descendants finish their degrees.

“It’s just something people can have the rest of their lives. They’re educated. They don’t take that away from them,” Carlile said.

“Conversations that we’ve had over a period of time, I think education was very important to him.”

Kennedy lived in Tribal elder housing for almost the last two decades of his life. He and Powell were neighbors, and she knew him the entire time he lived there. She feels the scholarship honors him in a way that aligns with his values.

“One of Michael’s passions was to read. He loved to read. … He and (neighbor) John Burgett shared books back and forth a lot,” Powell said.

She also remembers him as reserved, unselfish and “one of a kind.” Although he enjoyed his introversion, Kennedy showed a soft spot for those closest to him with phone calls and small gifts.

“He may not be right there in your face all the time, but he was definitely a caring person,” Powell said.

“I think this is going to be a really amazing opportunity for students,” Zientek said.

The department of education accepts applications for the Michael John Kennedy Scholarship from July 15 through Sept. 15. Apply online through the CPN portal at portal.potawatomi.org. Find more opportunities at cpn.news/education. 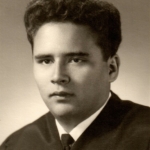 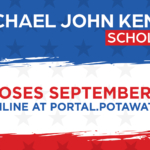