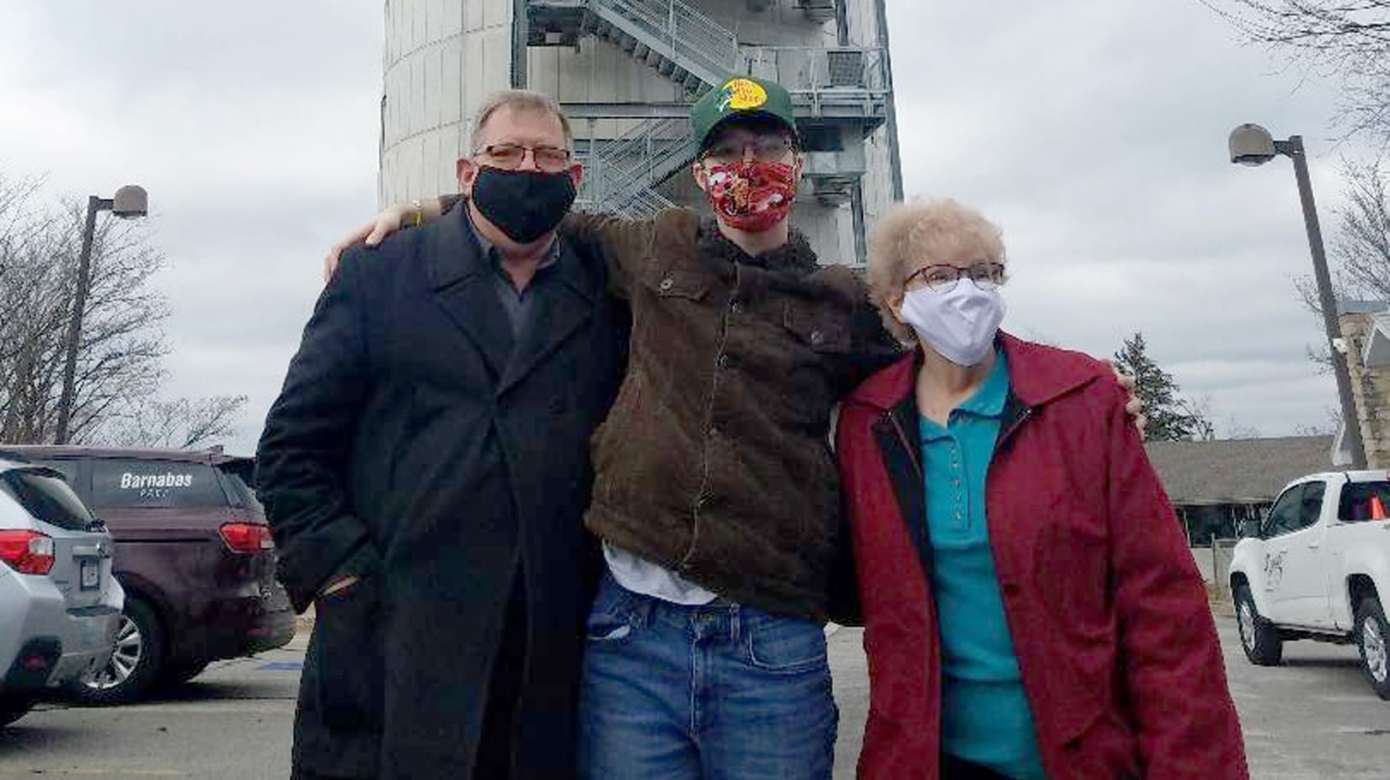 When he turned 21 in early February, Citizen Potawatomi Nation member Paul Ferguson received the birthday present of a lifetime. He is a student at Barnabas Prep, a Christian ministry and collegiate program designed to provide its students with disabilities real-world skills to thrive after graduation.

“We started talking about that (Paul) really likes trains and train depots and that I’ve seen lots of pictures that his parents have shared with me about him going to various water towers throughout the country. And so I said, ‘He told me one day his goal was to go up into the Branson water tower,’” Miller said.

Lane contacted staff at the City of Branson and arranged a tour on his birthday. That morning, they gave him a card.

“It said, ‘Since you have been a good student, here’s a trip to the visit to the water tower,’” Paul explained in a recent Hownikan interview.

When they arrived, city risk manager Bob Smither greeted them and provided an extra surprise. Smither is a trumpeter in his spare time and played a rendition of Happy Birthday while standing on a staircase on the side of the tower. Then, they allowed Paul to explore the offices inside the structure itself.

“Not all water towers have offices, office floors, but some do. Most don’t. Most just have legs and things to hold water,” Paul said.

Miller shared the surprise with Paul and described him as “very knowledgeable” about the towers.

“We were up several stories high where the windows were, and he was able to look out, and he started counting a lot of the Branson water towers that he could see from up there,” and showing everyone their locations, she said.

“I saw the pipes and the doors, and I learned that the water flows up and down in them as Bob showed me,” Paul said.

Staff also gave him merchandise from the chamber of commerce and chocolate cake to top off the visit.

Paul’s love of water towers and train depots, often located near one another, began at 3 years old. He and his parents, Scott and Julie, took a trip to Luling, Texas, to see a water tower painted like a watermelon. Since then, Paul has developed his photography skills and taken pictures of more than 100.

“We often will arrange parts of our trips so we can see certain water towers or whatever,” Scott said.

“Paul will get out, take pictures of them,” Julie continued. “And we’ve got quite a few, a collection of pictures.”

Julie and Paul are descendants of the Juneau family, and Scott is a citizen of the Cherokee Nation. They have traveled to Shawnee and taken pictures of the FireLake water tower that serves Rural Water District 3.

She and Scott knew about the birthday surprise from Barnabas Prep and the City of Branson; however, they decided to stay home in Sand Springs, Oklahoma, on the big day.

“We probably could have (gone), but I knew it would be so much more special for Paul if he could just enjoy it on his own with his friends, and so we watched from afar,” Julie said.

Paul returns to Barnabas Prep for the third year this fall. The next step in his schooling includes finding a job or internship. He hopes to pursue the possibility of working for the City of Branson at the offices in the water tower.

Either way, the time he spent there celebrating remains unforgettable.

“It was the best birthday surprise,” Paul said. 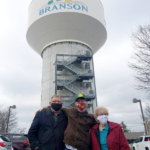