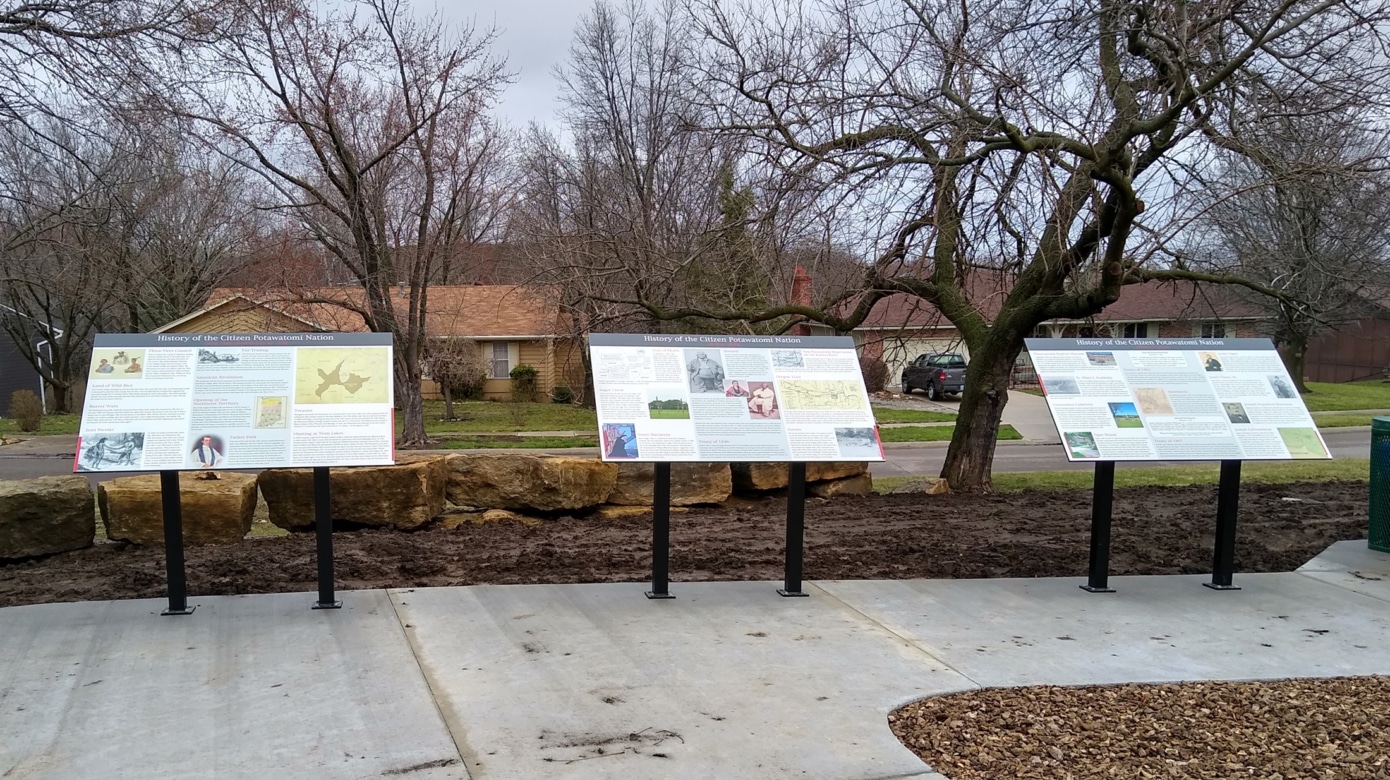 This article was originally published in the Topeka Capital-Journal on April 30, 2021. The story was written by Tribal member Tim Hrenchir.

Potawatomi tribal members were forced at gunpoint in 1838 to leave their homes in Indiana and walk a 660-mile route known as the Trail of Death, Jon Boursaw said Thursday.

They then lived in what is now Linn County in east-central Kansas, where 600 members died of cholera and were buried in unmarked graves before the Potawatomi were relocated in the late 1840s to the Topeka area, Boursaw said.

A native Topekan and a Citizen Potawatomi Nation tribal legislator, Boursaw was among those who spoke at a ceremony in southwest Topeka to dedicate an exhibit focusing on Potawatomi tribal history.

He stressed that the Potawatomi have been here since before Topeka became a city in 1854 and Kansas became a state in 1861.

Boursaw spearheaded efforts to create that exhibit, which features three interpretive signs. It stands at the entrance to Skyline Park at Burnett’s Mound, the site of Topeka’s highest point.

The signs include information about Burnett’s Mound’s namesake, Chief Abram Burnett, who owned the land where Skyline Park is located and lived near the mound until he died at age 57 in 1870.

“I’m very proud of this exhibit because it not only tells the Burnett story but it tells how we got here, where we were before we got here,” Boursaw said. “It talks about four individuals who were key members of the Tribe while we were here.”

About 70 people attended Thursday’s gathering at the exhibit, which can be reached by going to S.W. 35th and Gage Boulevard, then traveling about five blocks west and one block north.

Skies were mostly clear and temperatures in the upper 70s as those present heard from speakers who included Boursaw, Citizen Potawatomi Nation Chairman John “Rocky” Barrett, Shawnee County Commissioner Kevin Cook, county parks and recreation director Tim Laurent and Allyson Shove, vice president of marketing for Azura Credit Union, which has teamed up with the county on efforts to improve Skyline Park.

“There’s a lot to be told here, and I encourage you to read the panels,” Boursaw said.

Thursday’s ceremony came more than a year after the exhibit was created in March 2020 through a partnership between Shawnee County Parks and Recreation and the Oklahoma-based Citizen Potawatomi Nation.

Dedication ceremonies were postponed until this month because of the COVID-19 pandemic.

Learn more about Citizen Potawatomi Nation history and culture by visiting the CPN Cultural Heritage Center in person or online at potawatomiheritage.com and Facebook @CPNCulturalHeritage. 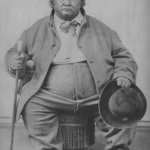 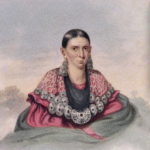