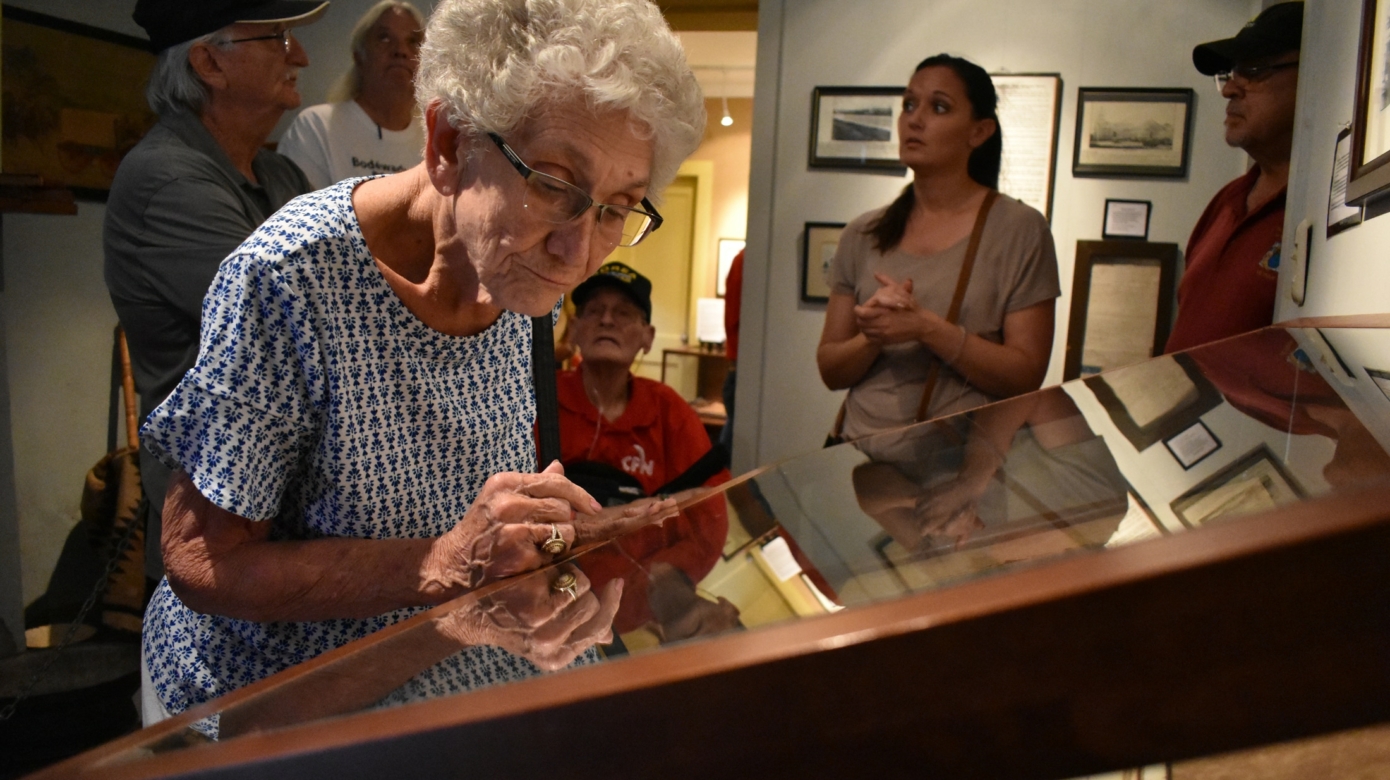 The Potawatomi census book of 1862 remains a vital foundational document for the Citizen Potawatomi Nation; however, the Tribe does not have possession of it. CPN staff first saw it in 2006 at St. Marys Indian Pay Station Museum in St. Marys, Kansas. The artifact documents the Nation’s beginning, and members and staff of CPN have spent almost 15 years attempting to gain custody from the city’s historical society.

“There’s something really personal about being able to see the tangible history of your people and being able to see those names as they were written and know that they were in the room and see that part of the living history,” said Dr. Kelli Mosteller, director of the Citizen Potawatomi Nation Cultural Heritage Center.

The Treaty of 1861 presented Potawatomi in Kansas the option to either continue living on a communal reservation or accept a small allotment for their families and begin a path to United States citizenship. Those who took individual parcels later became known as Citizen Potawatomi. Part of the treaty also guaranteed a census of those living on the reservation accepting allotments, which the government carried out the following year.

“The census book is the list of people making decisions for themselves and taking ownership of their futures and deciding for themselves what their future is going to look like and what that would mean for their families,” Dr. Mosteller said. “Either way, it was choosing a very different path from the one that they were presently on of just living together communally on the reservation that had been promised to us for eternity.”

It includes the names of several influential Citizen Potawatomi, many of whom represent the Nation’s founding families, as well as their relatives and the parcel of land that belonged to them. CPN District 4 Legislator Jon Boursaw is passionate about sharing and protecting Citizen Potawatomi history, and he looks at the book every time he visits the St. Marys museum.

“The first name on the census book is Louis Vieux, who at that time was very prominent in the Tribe and operated a toll bridge on the western edge of the reservation that serviced a bridge (that) was part of the Oregon Trail. And he charged a dollar a wagon, and, according to the Kansas State Historical Society, some days had 300 wagons cross his bridge,” Boursaw said.

Following the census, a Bureau of Indian Affairs agent took the book and provided no copies to any signatories. The path of ownership remains unclear, but afterward, it passed between local officials until eventually landing in the hands of the St. Marys postmaster.

“You can see the line of thinking that it kind of was going from … a federal official on one level and a local official on another,” Dr. Mosteller said. “So, I do think that people were trying to think through how to keep this item safe, but there is no logic when you’re looking for lost records to think, ‘Could the postmaster have it?’”

After he passed away, his family donated the book to the St. Marys Historical Society and Pay Station Museum, where it is currently displayed. The historical society maintains it is the rightful owner.

“People have argued it was never the Tribe’s to own, and it had always been in the hands of this postmaster,” Boursaw said.

In fall 2006, Boursaw was director of the Cultural Heritage Center and traveled with curator Blake Norton and Stacy Coon, then the collections manager, to Rossville, Kansas, to visit the Kansas Historical Society and other Tribal landmarks. They also stopped at the St. Marys Historical Society and Pay Station Museum, where Norton saw a woman thumbing through an old ledger.

“We realized what it was, and Blake said, ‘Stop using your bare hands.’ So they made this woman, who is actually a widow of a Tribal member, put on gloves to look at the book,” Boursaw said.

The museum eventually placed it under harsh light and improper covering, adding to the degradation of the ink and pages. Dr. Mosteller, Norton and others have provided suggestions to retain its quality throughout the years, including installing it in a secure case in a darker room under LED light instead of UV light.

“I do think the staff at the Pay Station has recognized how valuable this is, probably because we continue to tell them, and taken steps to improve the care of the book,” Dr. Mosteller said. “But, it’s a book that’s 150 years old. If you’re not paying attention and doing everything you can to preserve it, each decade can really put wear and tear on the book.”

According to her, a historical document conservator needs to assess it for possible improvements, which has not happened.

In 2007, the Tribe hosted several members of the historical society in hopes of securing their faith in the ability of CHC staff to preserve and display the document. After touring the museum and discussing the book, the Nation offered to purchase it and provide a professional copy to the Pay Station. However, they returned to Kansas and sent a letter declining the offer.

“To me, that is one of the most sacred documents we would have, we could ever have, would be that census book.”

The Tribe then increased its offer, including a new computer system for the Pay Station, which officials rejected. Boursaw also emphasized that the museum in Kansas has limited accessibility, opening only from Memorial Day to Labor Day each year or by appointment.

“They draw like 4,000 people during that period of time. … Our point was in one weekend in June (during Family Reunion Festival), we can have more than 4,000 people see the book in a display case, and that didn’t faze them at all,” he said.

Dr. Mosteller agrees that historical documents thrive when people experience them in the flesh.

“It’s the same reason school kids go to D.C. to look at the Constitution and you go to these places to see these great founding documents. It’s really powerful to see the beginning of your history or a new stage in your history in writing and see those names written and sometimes see the signatures. Foundational documents have a lot of emotional impact, and this was a foundational document for us,” she said.

Before he passed away, CPN member and lifelong St. Marys resident Jim Pearl wrote a letter to the town’s historical society in 2008 requesting the book’s transfer. He also presented more than 300 signatures from patrons of the CPN Rossville Community Center and CHC, showing their support.

“My great-grandmother, Theresa Slavin was a young girl when she arrived here with the Jesuits and Sister,” Pearl wrote. “She received an education in the school for girls in Sugar Creek and in the St. Marys Mission. … Access to the contents of this book is so valuable and will be a great drawing card to the St. Marys Museum in the future when this generation has passed the gavel.”

Additional offers have been presented throughout the years, most recently in 2020; CPN and the St. Marys Historical Society have reached no agreement.

“To have this tangible piece of our history that we actually could have access to and could incorporate into this space that we have set aside here at the cultural center to become a place where you learn, and it’s a central place where people can come in and really connect with our history, and to have this one piece, yet again, ripped away and kept away from us, it’s very frustrating,” Dr. Mosteller said.

She and Boursaw work to keep the census book of 1862 at the forefront of people’s minds and strive to make it part of the CHC’s permanent collection.