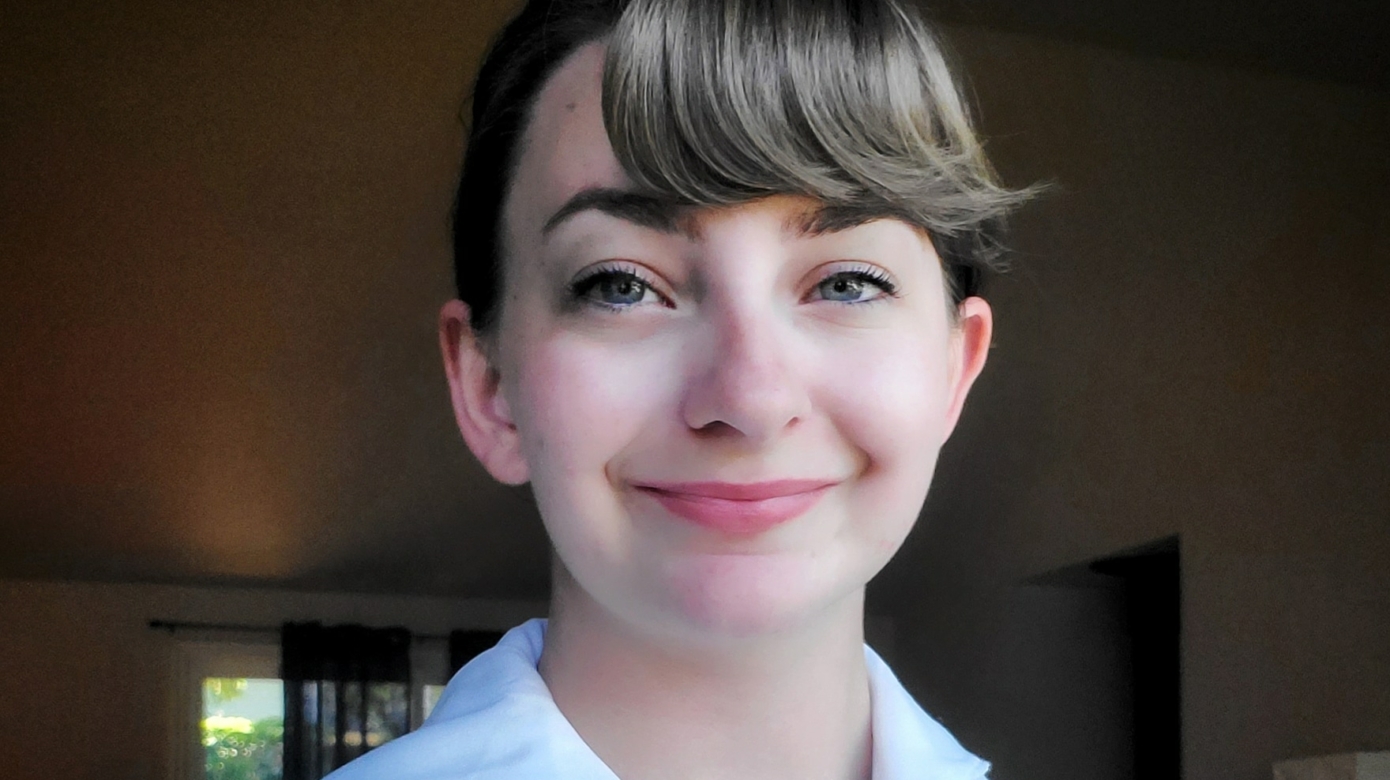 Darling family descendant Jazmine Striegel enjoys serving others, both in the Navy and in the medical field. (Photo provided)

Citizen Potawatomi Nation member Jazmine Striegel has dedicated much of her youth to the U.S. Navy. After considering many options, she joined the military upon graduating high school in 2014. While college seemed essential and worthwhile, serving filled several desires for the future at once.

“I’ve always wanted to serve my country,” she said. “I was planning on joining the military either way, either before or after college. It just turned out before college was the way to go for financial reasons … and also trying to become my own person out of high school and figure out what I wanted to do and travel the world.”

The Darling family descendant completed boot camp, hospital corpsman training and medical technician school at stations across the country. Then, she spent more than five years on active duty as a squadron corpsman on the HS Truman, a naval aircraft carrier. She was deployed most of that time in the Middle East and Gulf Coast around Dubai and Bahrain. However, she also explored Marseille, France; Crete, Greece; Lisbon, Portugal; and Singapore.

In 2019, Striegel decided to pursue an undergraduate degree and entered the Naval Reserves as a hospital corpsman. She currently studies integrative physiology and neuroscience at the University of Colorado Boulder.

“I can’t imagine doing it any other way. It’s definitely been a really good experience being able travel the world, meet new people, while learning a lot of medicine,” she said.

Striegel’s passion for the medical field took root as a child. Besides serving her country in the armed forces, she also wants to help people through illnesses and injuries. Her time in the Navy solidified her career choice. It allowed her to see the health care facility’s day-to-day operations before beginning her medical studies, including the chance to participate in minor procedures and watch physicians deal with different types of cases.

“The physicians would help walk you through the process of treating a patient and while explaining their reasoning for their diagnosis, and why they were treating the patient in this way. It was really cool to see the wheels turning in their minds, and that really made me want to do the same thing in the future,” Striegel said.

The one-on-one time with acting physicians made giving back to the Navy a priority for her. She now either wants to work as a Navy physician or a flight surgeon.

“They’ve definitely given me a lot of inspiration to continue to serve others. It’s hard to put into words what the Navy’s done (for me),” Striegel said.

During much of her deployments, she worked as part of a growler squadron, performing pilot evaluations to ensure they met the physical and mental qualifications required to command an aircraft.

“Neuroscience is actually a fairly new field of study,” Striegel said. “Within the past 100 years, we have made some incredible medical advances in our knowledge on the brain and the nervous system as a whole.”

She plans to contribute to that branch of health care, hoping to become a neurologist or neurosurgeon. She enjoys the challenge of researching and treating the brain in particular. It fascinates her and has for most of her life.

“Alzheimer’s, dementia and schizophrenia — those have all become fairly prevalent diseases as medicine has prolonged the human life span. Those diseases can bring a lot of harm not only to the patient but also to families that are involved with that process in the later stages of life. Easing those troubles and potentially finding a cure for Alzheimer’s would be great for a lot of people,” she said.

In the next couple of years, Striegel will apply to medical schools across the country and take the next step toward becoming a doctor.

She feels her time in the Navy gave her the work ethic and the opportunity to pursue her passions, such as neuroscience, and overcome challenging obstacles.

“In the Navy they always tell you, ‘It’s your own career; make what you want out of it. Nobody’s going to do it for you.’ So, I think that was really good advice that I received from the start. And taking my career into my own hands has definitely benefited me instead of just waiting idly by for something to happen. You have to take initiative and make your career your own,” Striegel said.

The Citizen Potawatomi Nation Cultural Heritage Center honors Tribal members who served and places their pictures on the Veterans Wall ofHonor. If you are a veteran or active duty military and would like your place on the wall, provide your information at info@potawatomiheritage.com. 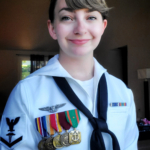