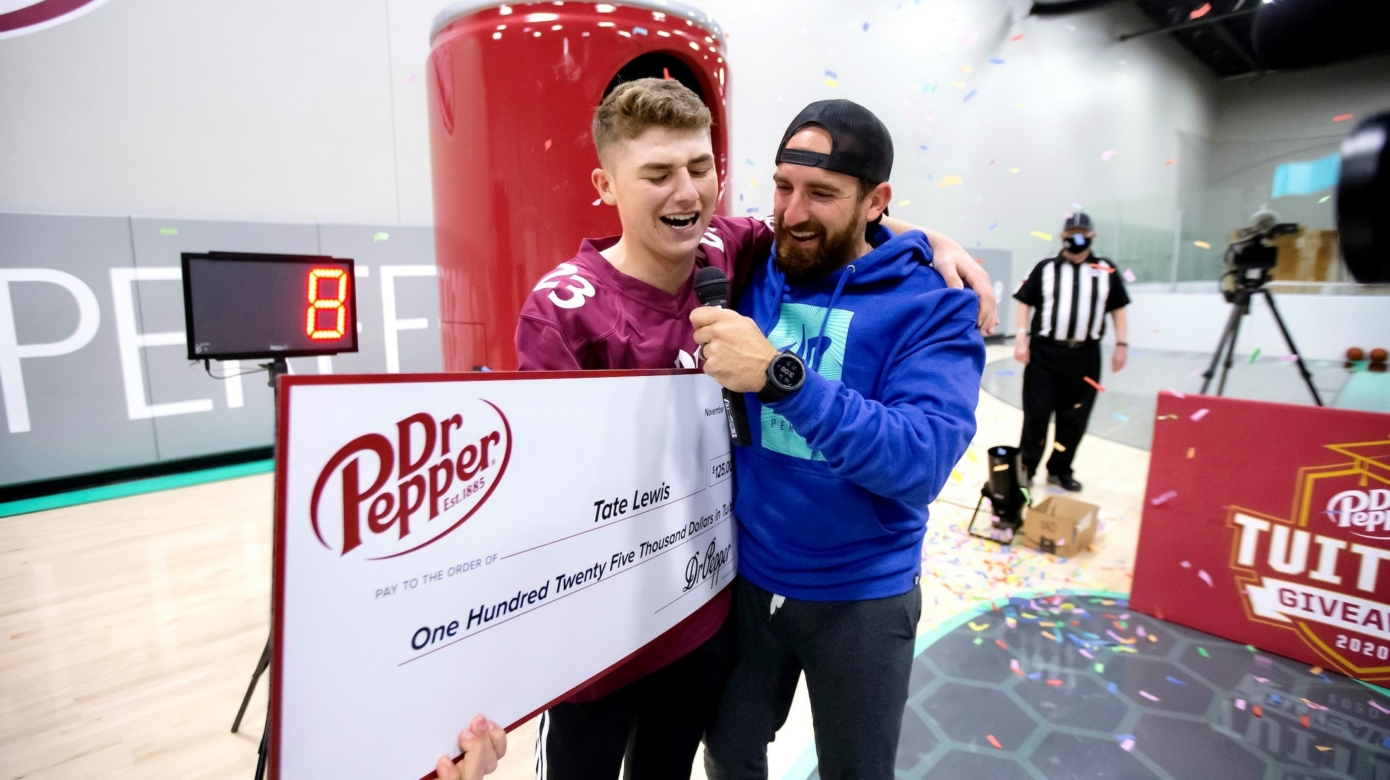 In honor of Dr Pepper’s 12th annual Tuition Giveaway Program, the company awarded $2 million in scholarships throughout the 2020 college football season — more than ever before. Citizen Potawatomi Nation tribal member Tate Lewis rose to the top of the competition and received the company’s largest scholarship of $125,000.

“We are proud to offer the gift of tuition in support of students who are passionate about their dreams and are driven to pursue their goals, despite the challenging year we’ve had for sports and academics,” said Derek Dabrowski, vice president of brand marketing for Dr Pepper.

To qualify, Lewis completed a video application detailing his educational and career aspirations. During the initial, one-minute video entry, he said, “Actual doctors have kept me alive for 18 years. Now, I just need one more ‘Dr’ to truly change my life.”

“Not everyone understands how hard things can be, so by telling my story, I was hoping to spread some light and to encourage people like me with conditions and health problems that they can do what they want and what they feel they’re capable of,” Lewis said.

Out of more than 100,000 entries, Lewis became one of six students to participate in the head-to-head contest. For the final round, Dr Pepper invited him to its headquarters in Frisco, Texas. There he met company employees and executives and competed in a 30-second football-throwing challenge. The competition aired during halftime of the Southeastern Conference championship football game between the University of Florida and the University of Alabama.

“Social media went crazy — thousands of people were tweeting about the throw, and everybody was talking about it,” Lewis said.

Although this was his first time contending in a football-related competition, Lewis has first-hand experience employing positive, focused determination to overcome any obstacle.

“I wasn’t ever able to play contact sports growing up with a pacemaker,” he said during a phone interview with the Hownikan.

Concentrating on his goals, Lewis threw as many footballs as he could through the target shaped like a Dr Pepper can, and earned the top prize.

Due to his HLHS, the Lewis family has accumulated a tremendous amount of medical debt. The tuition scholarship eases their concerns and allows him to look toward the future with hope.

“College was always going to be hard financially because we already have the bills for my five open-heart surgeries,” Lewis said. “To be able to say that I can fully pay for college is really cool, and I am very, very grateful.”

The Paris, Texas, high school senior plans to study entrepreneurship and business at the University of Texas at Dallas and establish a business or nonprofit upon receiving his degree.

“I would love to give other people like me opportunities to work — people that would not necessarily get the opportunity to work because of their condition. I want to give them a chance — the underdogs a chance — that I was given,” he said.

After winning the grand prize, Lewis said, “I promise to use this money to support others like me for the rest of my life. … This all still feels like a dream, but I am glad I never have to wake up. This is only the beginning.”

Lewis has committed to joining the University of Texas at Dallas golf team, and he looks forward to the future with optimism.

Learn more about the Dr Pepper Tuition Giveaway at drpeppertuition.com, and keep up with UT Dallas golf at utdcomets.com/sports/golf. 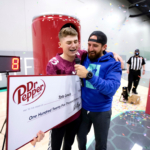