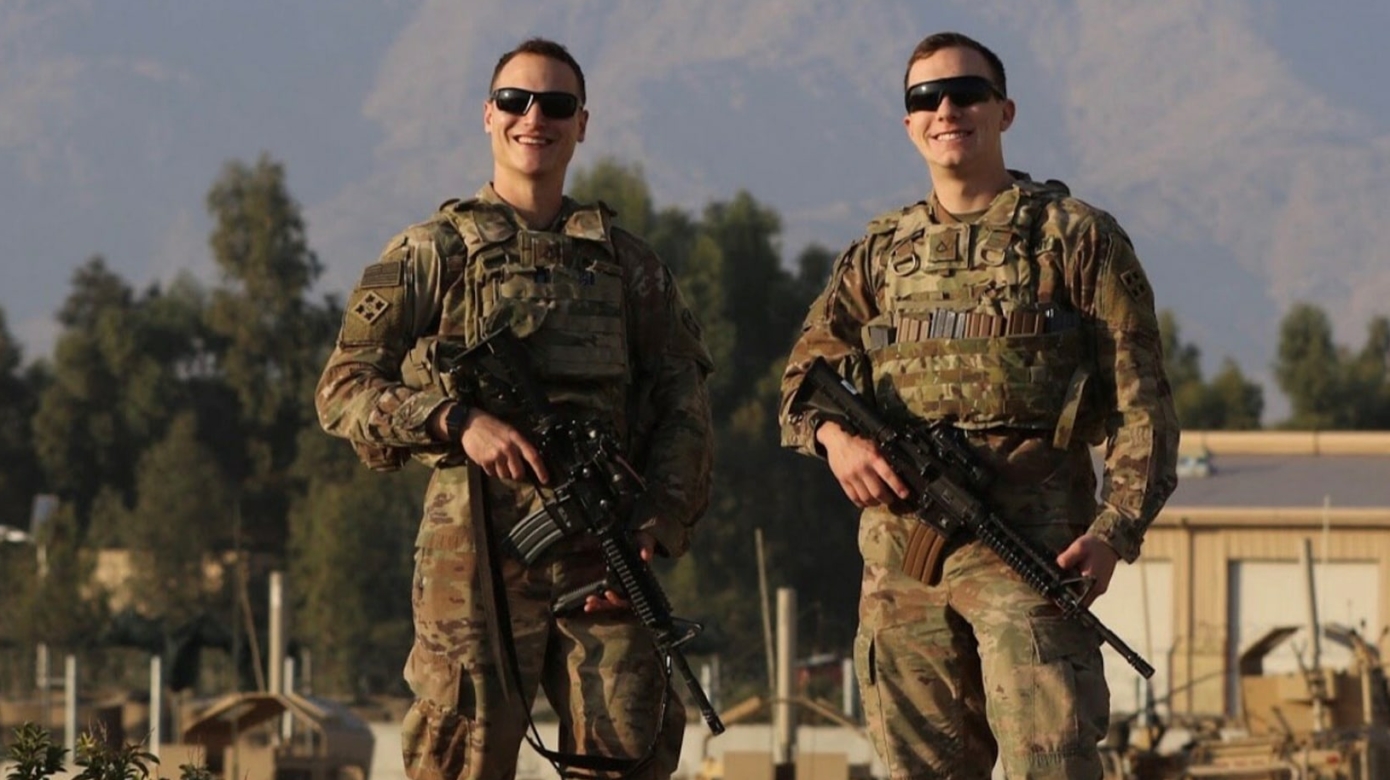 Citizen Potawatomi Nation member Justin Swarb sought to fulfill his desire to see the world when he enrolled in the military right out of high school.

“Before I left for the Army, I’ve only been to Mexico on a cruise and then the state of West Virginia, and I think Alabama when I was a kid,” he said. “Other than that, I never really seen any other state or country. So (I joined) just to do something, I guess you can say, and serve my country. … Proud to do it.”

Following boot camp, Swarb deployed to Kuwait in May 2018. After spending a few months there, he switched between a couple of bases in Afghanistan and returned to the U.S. in January 2019. His work as a forward observer requires precision and focus while aligning artillery and mortar fire as well as setting up observation points — all while adjusting to rapidly changing circumstances.

“While I’m in the States, it is pretty much just being mission-ready, training and everyday tasks, whether it be paperwork or going to fix our vehicles,” he said. “I’d say probably about once a month we go out to the field for a couple of weeks.”

When asked about abilities he learned while enlisted, Swarb said, “I’m not even sure where to start to name off.”

He listed the people skills he has honed throughout the last several years as something he uses every day.

“I’ve always had them, but in the military, you try to be as clear as possible and communicate as much as possible so that everybody’s on the same page,” Swarb said.

Consistent and precise correspondence is essential to his position as a forward observer and a mission’s success. He also disseminates information, and the position requires quick thinking and confidence.

He also learned “the ability to just figure stuff out on my own,” he said.

Traveling to bases throughout the country and around the world made Swarb feel comfortable talking to anyone and everyone, from casual acquaintances to professional contacts.

“Just meeting people from different walks of life, and different states and different heritages, all different kinds of backgrounds — it’s definitely cultured me, in a sense,” he said.

While stationed in Bagram, Afghanistan, Swarb and the other soldiers in his unit sometimes socialized with Afghan National Army members from a nearby base.

“Me and my buddy played pool with two ANA soldiers. It was pretty cool. We couldn’t communicate because we couldn’t really understand each other’s language, but it was nice. … Never thought I’d be able to do that,” he said.

Swarb emphasized that improving communication skills comes down to one thing: “Just always be open-minded because you never really know the other person unless you conversate with them consistently and are around them and know how they react and talk and everything like that.”

Before joining, Swarb talked with one of his uncles who served in the Army for more than two decades. He helped Swarb pick what path to follow, which led to his position as a forward observer, the same job as his uncle. With no regrets, Swarb encourages those considering enlisting to talk with someone about their experience.

“If you’re going to join, definitely take the time, do the research and make sure you find a job, no matter what branch you’re in, that you’re going to love when you go to join,” he said.

Swarb’s family members on both sides have long military service records in many branches, including the Army, Marine Reserves, Coast Guard, Navy and more. His great-grandpa on his father’s side, where his Potawatomi lineage comes from, served in the Army as well.

Although Swarb attempted to prepare himself to leave his family and hometown of Waller, Texas, to serve, the longing to return took over.

“When I left for the Army, I thought I was ready to get out of Texas, and as soon as I got on a plane to Oklahoma to Fort Sill, I realized that I wanted to stay in Texas. I’m counting the days till I get back to it. But I thought I wouldn’t miss it, but I definitely do,” he said.

However, he grew close to the others in this unit. Swarb named the “brotherhood” between him and his fellow soldiers as his favorite thing about enlistment.

“I’ve got friends that I’ve known for a couple of years — or we’re not even so much a couple of years, just a few short years or a few months — that would take a bullet for me, and you can’t really find that anywhere else,” Swarb said.

Following active duty, he, his wife Bailey and son Ryker plan to return to Texas, where job prospects await him.

The Citizen Potawatomi Nation Cultural Heritage Center honors Tribal members who served and places their pictures on the Veterans Wall of Honor. If you are a veteran and member and would like your place on the wall, please call 405-878-5830 and ask for KeAnne Langford or Blake Norton or email keanne.langford@potawatomi.org or bnorton@potawatomi.org. 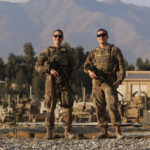