Caseworker’s path lined with desire for investigation, love of families 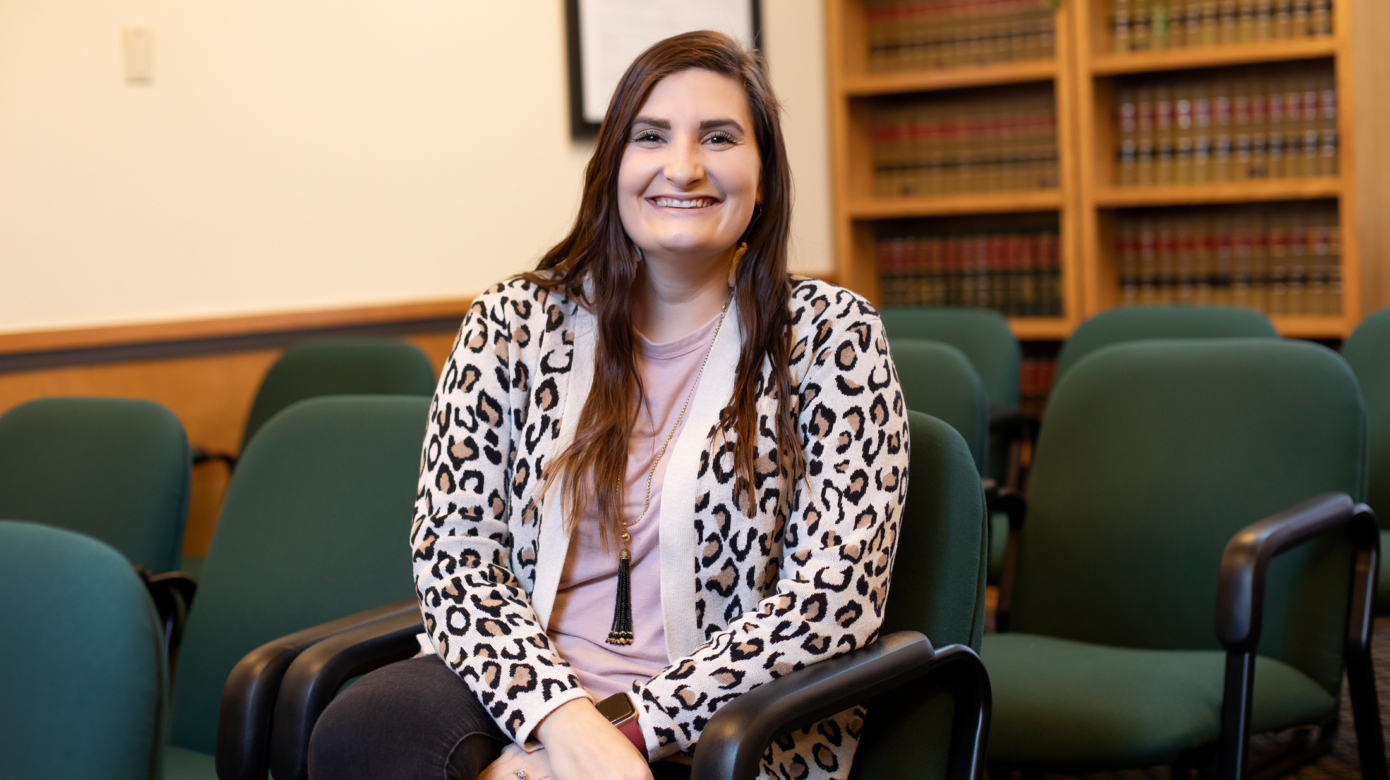 April is Child Abuse Prevention Month, a time when programs across the country like Citizen Potawatomi Nation’s FireLodge Children & Family Services bring awareness to child abuse and neglect and advocate for happy and healthy childhoods for all. CPN Indian Child Welfare Department caseworker Whitney Coots helps children of neglect and abuse improve their situation every day.

She sought a different career path while in college, but life events and interests opened doors for her to utilize her skills in an unexpected way. Coots graduated in 2015 from the University of Central Oklahoma in Edmond with a double major in forensic science and criminal justice, and joined FireLodge’s workforce in 2019.

“I originally wanted to do crime scene investigation. I love it. I still do. My major was a blast, but it is really hard to find jobs in forensic science,” Coots said.

She perused work in criminal justice and spent four years as a probation supervisor before accepting her current role as an ICW caseworker in September 2019. The change reset her career goals, unveiling a desire to help Native children and families.

“I didn’t understand the depth of the (the Indian Child Welfare Act) whenever I started. I knew what it was, and I knew the basis of ICWA, but not truly what it stood for. And so now that I understand that … protecting ICWA and Native American children is what I feel I was called to do,” Coots said.

However, her love for forensic science remains strong and manifests itself into true crime television binges and Investigation Discovery marathons. Coots’ husband Ryan still has trouble understanding her affection for the genre.

While working for Oklahoma Court Services as a probation supervisor, Coots spent her time keeping in touch with those on probation in Lincoln County with misdemeanor charges, including DUIs, drug possession, domestic assault and battery, public intoxication and more.

“That would include monthly reporting with each client, drug testing, testifying in court, creating court reports, making sure that they are completing all their necessary probation requirements as well as being a support system,” she said.

Coots found the work fulfilling as she saw many people make significant strides towards improving their day-to-day lives.

“It was rewarding that you would see each person go through stages and come out of an addiction and come out of that lifestyle and become a more positive parent and person. You just saw them overcome so many obstacles,” she said.

“During my time with OCS, I saw the parent and adult side of the child welfare system, and that’s when I realized I actually wanted to be more on the kids’ side and work with the children in custody,” Coots said.

Having her second son, Cohen, and a love for kids pushed her to seek a new position. After interviewing with CPN, she knew it was a perfect fit. A year and a half later, she named reunifications and adoptions as her favorite part of her job.

“It can be mentally and emotionally draining. But at the end of the day, it’s really rewarding seeing children be reunified with their parents, and knowing you helped play a role in that is just such an awesome feeling,” Coots said.

Coots quickly learned about ICWA after accepting her position. It prioritizes reunification and keeping Native American and Indigenous foster kids with families of the same tribe to decrease generational breaks in heritage and cultural tradition.

“Everyone wants to know that you belong and that you want to know who your ancestors were,” she said. “In child welfare, ICWA is a way to connect to your family, your tribe and your culture. It is a way to feel as though you belong.”

Coots’ husband is a CPN member, and she is a Choctaw Nation citizen. However, she was not connected to her Indigenous roots in her youth.

“Learning about the families and being involved with these kids and wanting to get them closer to their culture has made me the same way. I want to know more about the Choctaw culture,” Coots said.

Her position with CPN has also expanded her ability to adapt to quick changes and perform under pressure. Coots’ full household includes four children, ranging from infant to 7 years old.

“I’m used to chaos,” she said, but she still describes herself as “Type A.” Parting with her daily routines sometimes proves challenging. However, she has come to appreciate that a busy workday brings the unknown and improves her adaptability.

“It’s always ever-changing and different, and I like that. You never quite know what you’re getting into when you go to work,” Coots said.

“I just think it’s so important to know that once a child is removed, the main goal is to reunite the children with their parents in a safe, healthy and loving environment. ICWA and FireLodge help make this possible,” Coots said.

For more information about FireLodge Children & Family Services, visit potawatomi.org/services/firelodge or find them on Facebook, @CPNFireLodge.