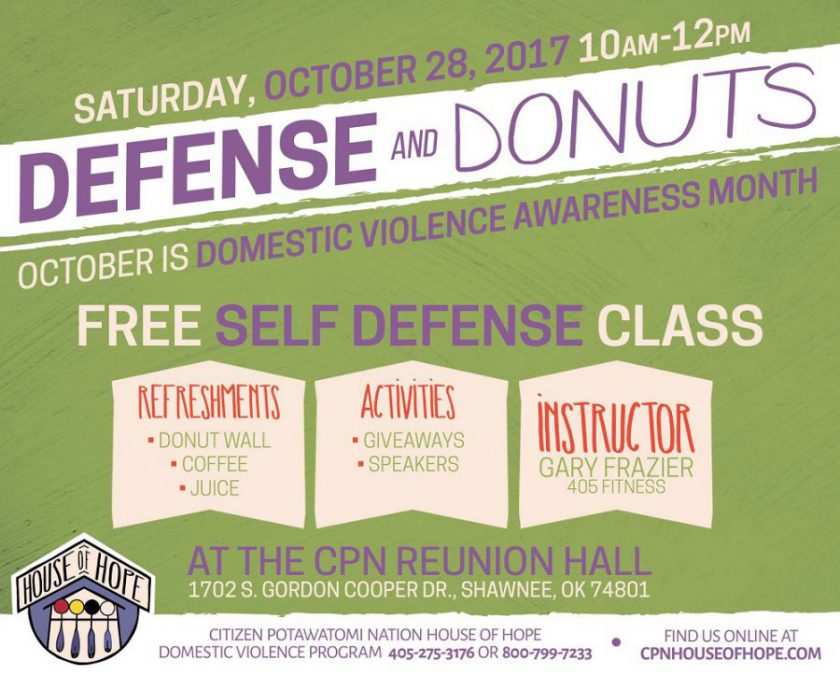 At Citizen Potawatomi Nation’s House of Hope, advocating for domestic violence survivors and spreading awareness is a year-round service, but it is even more at the forefront in October during National Domestic Violence Awareness Month.

According to the Violence Policy Center September 2016 “When Men Murder Women” report, Oklahoma ranks No. 4 nationally for the high number of women killed by men in single-victim, single-offender homicides each year. Statistics such as these are what drive House of Hope, to spend time and energy aiding individuals who experience abuse in intimate partner relationships. It is an epidemic in our country, state and community.

One major and often misunderstood element of domestic violence is that abuse is always about physical harm. Domestic violence does not always show itself as a black eye. While physical abuse occurs at high rates, often so does stalking and sexual, emotional/verbal, financial and spiritual abuse.

The problem exists in our communities, and as long as it does, House of Hope will provide support.