A night of fun for some potentially damages children’s mental health and self-identity, experts say 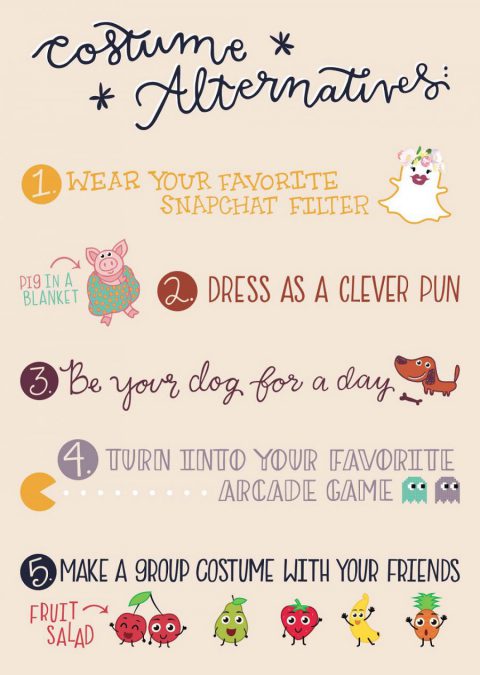 It’s October, which of course means Halloween is near. Many people now pair picking out a costume with a discussion of cultural appropriation, and Native Americans are often one of the first cultures discussed as being appropriated. However, trick-or-treaters and party goers continue to haphazardly exploit tribal traditions, throw on headdresses and wear loose interpretations of regalia.

Appropriation is about power, said Tesia Zientek, tribal member and Citizen Potawatomi Nation Department of Education director. “It’s about the power of another culture or group of people to remove items with significant cultural meaning out of context and use them despite another group of people saying, ‘Please don’t do that.’”

During assimilation in the 1800s, Native Americans were discouraged or even punished for wearing or attempting to use the items of cultural significance now found commonly in Indian Halloween costumes. “It’s harmful, and it hurts to know that they are getting to use things that our ancestors were not allowed to use, and use them in a way that it is inconsistent with our culture,” Zientek said. “While I don’t think individuals intend to be harmful, their actions are.”

CPN Cultural Heritage Center Director Kelli Mosteller also encouraged everyone to think about the history behind their costume choices.

By definition, appropriation reduces a group of minorities to a stereotype that does not accurately represent its history, culture or modernity. There are more than 500 tribes across the nation, but most commonly, costumes pull from Plains tribes’ culture.

Headdresses are an example of items used beyond their cultural context.

“There are stories of people who have headdresses in which every single feather was gifted as a result of an act of honor or an act of battle and pieced together to then be gifted to this person,” Zientek said.

She equated donning a fake headdress on Halloween to pinning on a fake Purple Heart simply for fashion.

Dressing as a Native American for Halloween often includes wearing a headdress as well as buckskin with fringe — which is significantly different than what Potawatomi people in the north would have worn.

Stephanie Fryberg is an associate professor of psychology and American Indian Studies at the University of Washington in Seattle. In 2008, Fryberg published her four-part study, “The Psychological Consequences of American Indian Mascots,” in Basic and Applied Social Psychology.

Fryberg’s research focused on the effects of stereotypical representations of Native Americans in pop culture and sports and their impact on Native American high school and college students. She found that, while the representations may foster “positive associations,” students experienced “depressed state self-esteem and community worth, and fewer achievement-related possible selves” after seeing the images.

Zientek believes these negative stereotypes reinforce the fallacy that Native Americans only exist in the past.

“That can deprive them of a piece of their identity that is their right,” she said. “I wish people would understand that misrepresentation or cultural appropriation is more than political correctness.”

The systemic stripping down of tribal traditions combined with the Hollywood image of Native Americans can cultivate a warped picture of modern Potawatomi.

Zientek suggested talking to Native people about their culture, buying goods created by Native Americans or learning a Native craft as an alternative to buying mass-produced costumes this Halloween.

As for Mosteller’s advice on dressing up as a Native American to go to a party or trick or treating: “Just don’t do it.”