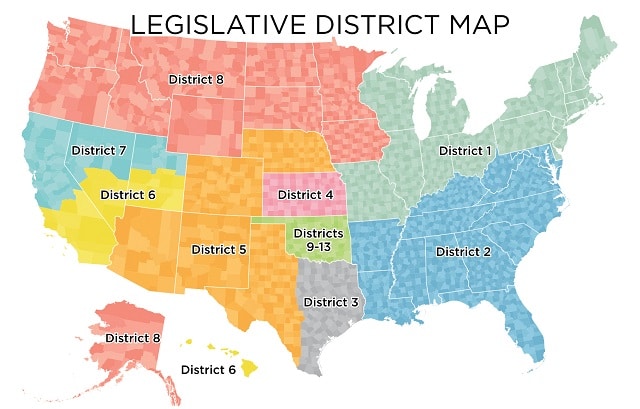 Just like American political jurisdictions that shift after an annual census, the Citizen Potawatomi Nation’s Tribal Government is no different. At the March 2017 legislative meeting, elected legislators from across the country agreed to redistrict several CPN legislative districts. The need for redistricting comes as a result of a growing tribal population, with more than 33,000 tribal members spread across the U.S. and wider world.

The goal is to try and keep the legislative districts, specifically districts 1-8, which are outside of Oklahoma, as near to a population of 2,500 as possible. While the districts may be stretched across several American states and counties, legislators encourage all those Potawatomi living in those areas to contact their elected representatives. Monthly columns written by the legislators run in each edition of the Hownikan, which include
contact information and updates on news and issues impacting the Potawatomi living in their jurisdictions.

For those in Oklahoma, there are five at-large elected legislators in addition to the offices of tribal chairman, vice-chairman and secretary-treasurer, which all have votes in the body.

In District 5, represented by Legislator Gene Lambert, which encompasses the southwest United States and all of western Texas, the counties of Edwards, Kinney and Maverick counties have been added.

The changes to District 5 also include the addition of the state of Nebraska.

Utah, is now split between District 6 and District 7, which are represented by Rande Payne and Mark Johnson respectively. For those Potawatomi in Hawaii, their new representative is also Rande Payne of District 6.

Though redistricting can be a challenge, the tribal legislators across the U.S. often hold regional meetings throughout their districts in an effort to stay in touch with Citizen Potawatomi living there. In the last year, meetings organized by tribal legislators have been held in:

The Citizen Potawatomi Tribal Legislature is one of the only bodies of its kind in Indian Country that digitally connects elected representatives via video conference for regular legislative meetings throughout the year. To learn more about the CPN Legislature as well as contact information and a legislative district map, please visit www.potawatomi.org/government/legislature. 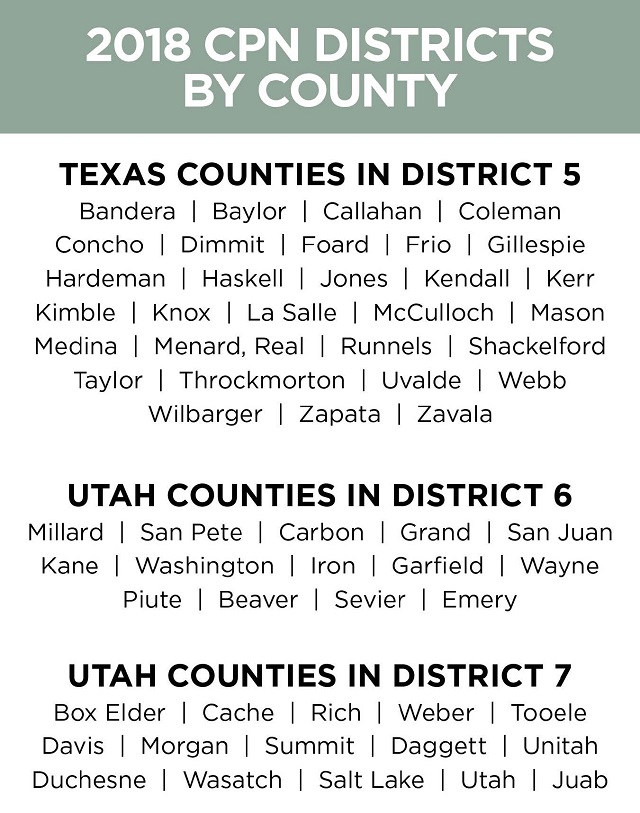