CPN Legislative update: May and June 2017 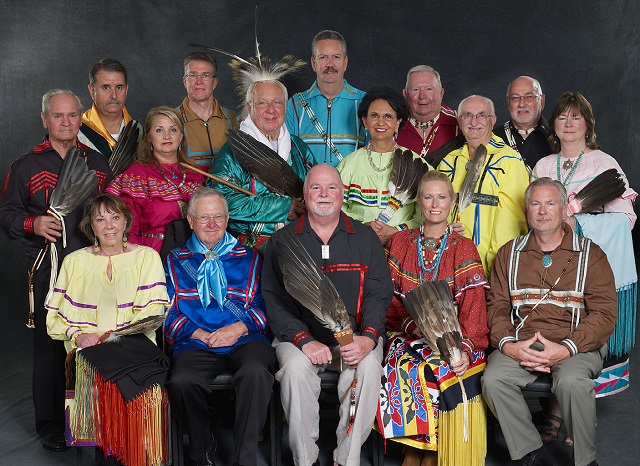 Just following Festival, the full legislature met for its June 26, 2017 meeting. All members were present, and after the approval of the minutes, Education Director Tesia Zientek gave a presentation of her department’s work.

The legislators then approved a resolution approving applications for a community services block grant and the Lower Income Home and Energy Assistance Program, both from the Administration for Children and Families. They also approved a resolution supporting Executive Order 17-05 supporting the tribe’s homeland security grant program and its implementation at CPN. A National Park Service funding opportunity was also approved by a legislative resolution.

A proposal for the tribe’s Diabetes Grant – Year 21 program under the Indian Health Services was also approved.

Fee-to-trust applications to the BIA for trust acquisition for the Hollis property for non-gaming/on reservation use was also approved.

In membership, 64 new tribal members were enrolled in the tribe.

On May 25, the CPN Tribal Legislature met with the exception of two Oklahoma-based legislators, District 11’s Lisa Kraft and District 13’s Bobbi Bowden, who were absent.

After approval of the minutes from the regular March 6, 2017 meeting and a special electronic meeting on May 8-9, 2017, legislators addressed an amendment to Title 51 of the Tribal Code. The ordinance will create the Potawatomi Language Proficiency Certification to Teach in Public Schools. A resolution approving an agreement between the tribe and Wanette Public Schools that establishes a Potawatomi language course as an elective for students there was alson on the agenda, but legislators agreed to table both the amendment and resolution until the June 26, 2017 legislative
meeting.

A repeal of all previously conflicting ordinances and enactments of the Tribal Code of 2017 so as to conform to the codification system was passed with all legislators voting affirmatively.

Several resolutions approving the tribe’s grant applications were passed, including one from the U.S. Department of Health and Human Services Administration for Native Americans’ 2017 Social and Economic Development Strategies Program, a separate grant for the department’s Native American Language Preservation and Maintenance Program and for its Native Youth Initiative for Leadership, Empowerment and Development program.

A grant funding application for the CPN Child Care Development Fund from the U.S. HHS’s Bureau of Indian Affairs 477 program was also
approved.

The tribe’s membership, delegates and membership dues to the United Indian Nations of Oklahoma, Kansas and Texas was approved by the legislature. Tonya Turnpaugh and David Bourbonnais were appointed as the voting and alternate delegates respectively for CPN as members of the Inter-Tribal Agriculture Council.

Funding increases for the CPN Sanitation Facilities Construction Program for new and like-new homes through the Indian Health Service was approved by the legislature, while the tribe’s letter of intent to compact land, title and records office program from the U.S. Bureau of Indian Affairs was also affirmed.

Two tribal citizens had voluntary relinquishments of citizenship, one from Alesha Ann Cristler, the other from Dallas Thomas Nolan, both which were approved by the legislators. In tribal membership, a resolution confirming the enrollment of 217 tribal members passed unanimously.