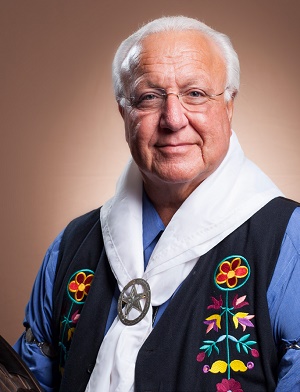 On why he believes running for the tribal chairman position is important: Running for Tribal Chairman is important to me to continue the progress the tribe has made over the past 32 years. In particular, the importance of seeing through the successful establishment of the most unique tribal governmental form in the United States, with a “virtual Tribal Legislature” that provides elected representation for every member no matter their home location, is vital. The completion of our development as a multi-faceted tourism and commercial attraction that pulls customers from hundreds of miles around us should now become a source of opportunity, homes and jobs for our people.

Letter to the voters:
Our tribe has used a process for many years called strategic planning as part of our annual budget and legislation process. This is easy – “unless.” Sometimes this can be a big “unless.”

The big “unless” faced in the last three years have been disruptive lawsuits filed by the City of Shawnee and State of Oklahoma to force us to be their tax collectors. Without exception, these lawsuits attempted to keep us from competing with either on a fair and equal basis on sales taxes and other forms of regulatory government powers.

This era is ending. We are winning because this is not new law and in each case, CPN defended a right protected under the United States Constitution.

The next four years will be some of the most exciting in our history for our banking opportunities. I’ve met with officials of the U.S. Treasury, the Federal Reserve and all other tribally-owned bank leaders in the U.S. There are now 12 tribally owned banks and 18 owned by American Indians or families. Besides CPN’s First National Bank, two are private Citizen Potawatomi family-owned banks in operation for more than 100 years. We are fortunate to have John Anderson of Farmers and Merchants Bank, plus Jack Grimmett of Pauls Valley National Bank that also serve members of the First National Bank Board of Directors. It appears that banking laws are changing to allow Indian-owned banks to use federal loan guarantees for both homes and businesses – both on and off of the former reservation area. Look for these new developments to provide new services to our tribe!

I am very grateful to the Citizen Potawatomi Nation to be elected as your tribal chairman for more than 30 years.  It has been an honor and a privilege beyond my dreams. I can also say it has been the education of a lifetime. There is no other position in which I could have learned as much about government, law, banking and finance, design and construction, land planning, gaming, health services,  Congress and the Oklahoma State Legislature.  What a joy it has been to experience the thrill of seeing a project start out as dream and become a reality in just a few short years. Our tribe is on a strong, sound financial founda-tion; it manages our peoples’ money well, and has received national recognition for innovation and original thinking in tribal government and service to our people. These successes are not just mine – they are ours. All of us have played a part in this success.  For that, my friends: Migwetch (Thank you), Igweyen (from my heart). 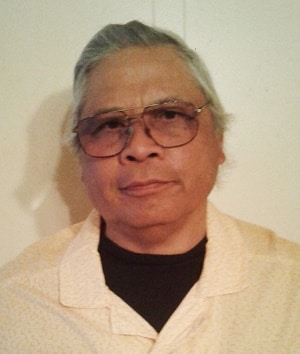 On why he believes running for tribal chairman is important: My people suffered through the great Trails of Death to settle here in Oklahoma. With the words of the federal and local government, our lives would be better. Then with the Great Land Rush our lives were upturned again. Then our tribal office uses great words to give hope to all members, but only help a few in Oklahoma and not much to the members of this, once great people that we call Citizen Potawatomi Nation Tribe. Now it’s time the tribe gives back to the tribal members. Every person counts and I am here for them.

Letter to the voters: To my fellow tribal members, it’s time to bring in a new leader with new ideas that is always going to have the best intentions for his members. The tribe is here for the people and they need a leader that’s there for them to. So vote this June for me Steve D. Castaneda and we can work together to grow our tribe and its members.