Castaneda runs on promise to give back 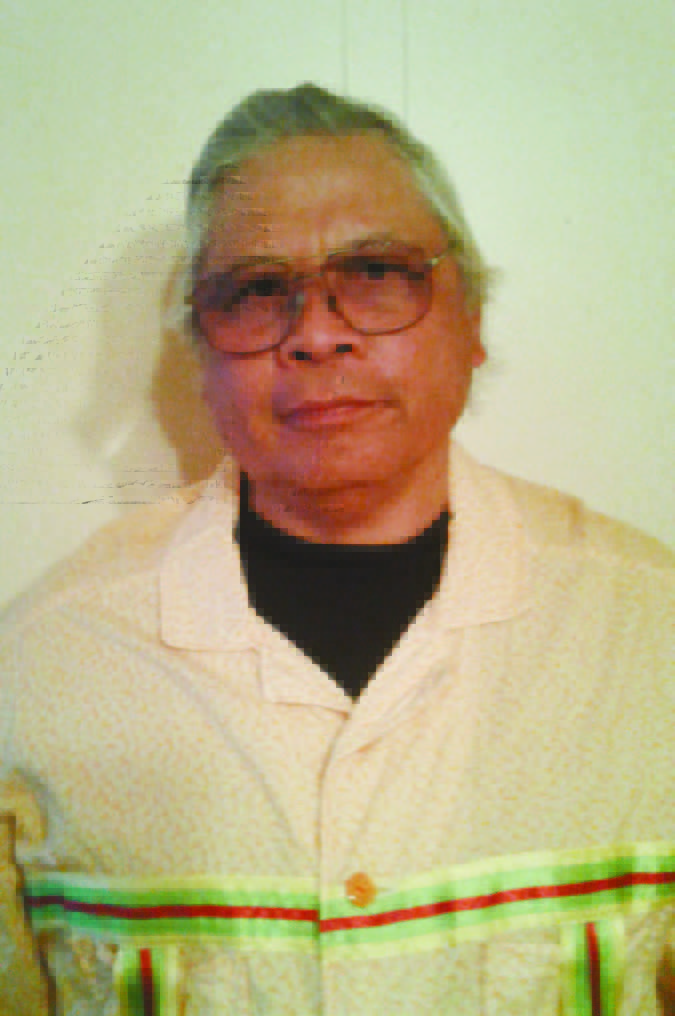 In 2013, no opponents filed to run for the tribe’s highest office. This year, Shawnee, Oklahoma’s Steve Castaneda has filed against longtime incumbent John “Rocky” Barrett.

Castaneda was born in Wapato, Washington, a town located on the reservation of the Confederated Tribes and Bands of the Yakama Nation. Castaneda’s family’s original allotments were south of the town of Tecumseh, Oklahoma. His grandmother left Oklahoma after his grandfather, as Castaneda described it, “was run out of town on a rail.”

She settled in Washington State, where his mother and father lived. His father was a farmer, and his mother was a farmer’s wife. Though removed from the tribal homelands in Oklahoma, Castaneda said he had a multilingual upbringing and heard Potawatomi spoken at home by his mother while his father, originally from the Philippines, spoke Spanish and his family’s own dialect of Filipino, Tagalog.

At the age of four his family relocated south to California, where Castaneda lived for the majority of his life before moving to Oklahoma in 2009. He worked in road maintenance crews for various city and county governments in California and said he liked serving in the public eye. He continues that work today as a member of the City of Shawnee’s Roads Department.

“I wanted to go to school to be a lawyer but that didn’t quite work out,” he said with a laugh.

His favorite subjects were law and history, but he left school to help take care of his mother after the passing of his father.

He believes his experience in working for those local governments gave him a perspective on how they operate, something that will feed into his role as chairman if elected.

“I’ve seen the ins and outs of what government does, and how the people end up having to pay for it,” he said.

Castaneda’s move to Oklahoma in 2009 was specifically to run for the position of chairman, and his campaign fulfills a promise he made to his late mother. He felt he could get a better perspective on the tribe and its operations from its home base in Oklahoma rather than as a legislative representative from the west coast.

Castaneda is running on a promise to have the tribe give back to its members. He explained that may require a per capita payment system for the CPN’s more than 32,000 members, or even a drawn out payment plan at some point. He did not provide specifics on how either might work until he was in office. With that many tribal members using services that the tribe currently provides through education and workforce training, healthcare and many other sectors, the amount of payments would likely have to come from cuts in those services or by limiting the number of those receiving per capita payments.

However, Castaneda said he did not see a return to the blood quantum requirements.

“No way, either you’re Potawatomi or you’re not.”

CPN higher education scholarships are open to all enrolled members. Job training and other funds available through tribal programs like the CPN Workforce & Social Services Department use federal funds. They must serve all members of federally recognized tribes meeting poverty guidelines who reside in the Nation’s service area. The program does not serve non-Natives.

When asked how he would deal with federal rules that programs funded by federal monies are specifically limited to stipulating these geographic areas, Castaneda said he’d push back against such constraints.

“I’ll go to D.C. and I’ll argue it, I have no qualms about facing whoever I have to face to get things done right.”

To change these guidelines would take an act of Congress and changes to the Indian Self-Determination Act. In states like Oklahoma, it would also affect tribal nations’ ability to have exclusivity in hosting only their own casino operations on their own tribal lands.

He said he believes the tribe’s greatest future challenge will be protecting its tribal jurisdiction, something that has been of primary focus during incumbent Barrett’s most recent term in office. He acknowledged Chairman Barrett’s role in protecting the tribe’s sovereignty from encroachment by former City of Shawnee officials. Castaneda said he thinks as a tribal leader he would bring in more support from the Bureau of Indian Affairs and other federal officials.

In recent years though both the former Secretary of the Interior and the Assistant Secretary for Indian Affairs have weighed in on the issue of tribal sovereignty and affi rmed CPN’s right to levy its own tribal sales taxes on businesses operating on its trust land.

“The city’s jurisdiction ends at the river,” said Castaneda. “Since working with the city, hearing what goes on here, going to a few of the meetings, I’ve got a big bone to pick with them. We’ve had this problem in California with cities claiming lands that aren’t theirs.”

That notion, of looking out only for Citizen Potawatomi, is what drives Castaneda’s candidacy for the chairman position.

“I’ve got to help my people before anybody else,” he said. “When my people are strong, then we can go out and give to whatever we can.”