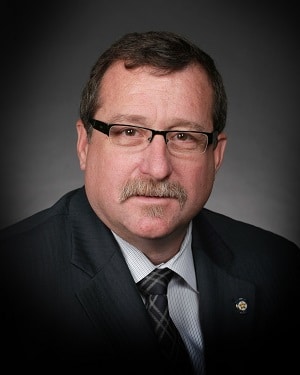 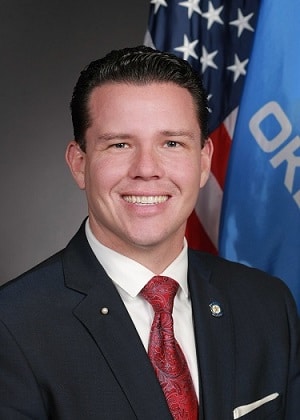 With longtime Moore, Oklahoma State Representative Paul Wesselhöft stepping down due to term limits, Senator Jason Smalley (R-Stroud) and Representative Mark McBride (R-Moore) are the only Citizen Potawatomi serving in the current legislature.

Similar to the past two sessions following the global energy price crash, of which Oklahoma’s economy is so vulnerable to, this legislative session will feature another budget shortfall estimated to be around $692 million. Yet, as Oklahoma Secretary of Finance Preston Doerflinger noted in mid-December, if the legislators follow the executive branch’s suggestion to not tap into one-time funding options, the actual shortfall is likely to be $868 million.

Smalley and McBride are not new hands in the statehouse, both having served previous terms where legislators had to balance a budget with similarly large shortfalls.

Senator Smalley will be in the thick of the debate over spending and revenue issues as chair of the Oklahoma Senate Appropriations Committee. The Peltier family member represents his hometown of Stroud as well as portions of Lincoln, Pottawatomie and Seminole counties, including the communities of Bethel Acres, Tecumseh, Seminole and Prague.

McBride, who represents communities in south Oklahoma City, Moore and portions of Norman, is from the Bourassa family. He is the vice-chair of the Oklahoma House Committee on Energy and Natural Resources, which is likely to be busy as well given the recent spate of earthquakes believed to be caused by energy resource extraction techniques.

In terms of the executive branch, changes in staff there may provide some balance to the antagonistic attitudes that have prevailed towards CPN in recent years. Former Speaker of the Oklahoma House of Representatives and Secretary of State Chris Benge, a citizen of the Cherokee Nation, has taken over for Denise Northrup as Governor Fallin’s chief of staff. Well liked around the capitol, Benge was formerly in charge of Native American affairs in his role as secretary of state and looks set to retain that responsibility in his new position.

Legislators overseeing jurisdictions that overlap with those of the Citizen Potawatomi Nation will also be at the statehouse, including Representative Josh Cockroft (R-Wanette), whose district includes the communities of Tecumseh and most of southern Pottawatomie County. Representative Dell Kerbs (R-Shawnee) is set to take up his freshman term in the house, filling the seat formerly held by Justin Wood. A special election for Oklahoma House District 28 has been called after incumbent Tom Newell of Seminole abruptly resigned following his re-election on November 8. The district includes communities inside the tribe’s jurisdiction including Maud, McLoud and portions of Shawnee and Oklahoma City, and will be largely unrepresented during the upcoming legislative session because the special election isn’t until May 9, 2017.

Greg McCortney is a freshman member of the Oklahoma Senate, whose district overlaps into the CPN’s jurisdictions, including the communities of Asher, St. Louis and Wanette.