House of Hope readies for opening of domestic violence shelter

Despite the 2013 reauthorization of the Violence Against Women Act, domestic violence continues to plague tribal people across the U.S.

A May 2016 report from the U.S. Department of Justice reported startling numbers; 84 percent of Native American and Alaskan Native women have experienced violence, while another 46 have experienced sexual violence. Of the more than 2,000 Native women surveyed in the report, 90 percent experienced violence at the hands of non-tribal members, who are notoriously hard to prosecute in tribal court systems due to jurisdictional issues.

In Pottawatomie County, Oklahoma, the Citizen Potawatomi Nation’s domestic violence prevention program, the House of Hope, is one of several area organizations specifically dedicated to ending this scourge. For years its small staff has worked to get women and their families out of abusive situations.

In 2015 alone, the House of Hope recorded an 80 percent increase in victims served compared to previous years. 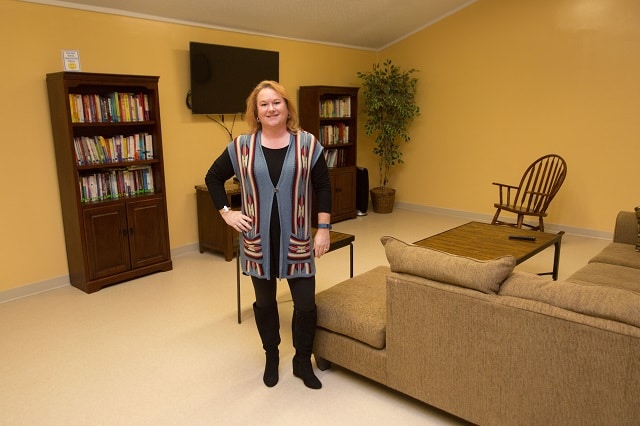 CPN House of Hope Director Tiffany Barrett explained that the rise may not simply be attributable to more instances of domestic violence occurring, but may rather be a result of increasing awareness in the community about the tribal program.

“In the past years we have been fortunate in funding to advertise on billboards, movie theaters and radio,” noted Barrett. “We also work a great deal with fellow agencies in the community, so we get a lot of referrals, especially when they run out of money.”

Barrett also attributes the program’s increase in victims served to its other community engagement efforts, from throwing t-shirts with the House of Hope name on them at local high school football games to its staff’s attendance at trainings, job fairs and other community gatherings. Staff members also work closely with social support and law enforcement agencies in the tribal jurisdiction, including the CPN’s FireLodge Tribal Youth Program, CPN WIC, the Tecumseh Police Department and the Pottawatomie County Sheriff’s Department. This increase in “clients,” the term used by HOH staff, compounded with the State of Oklahoma’s limited capacity to house victims in existing shelters, resulted in the program’s investment in its own emergency shelter through the utilization of grant funds from the U.S. Department of Justice.

“It was always a goal of mine to open a shelter for the tribe. Opening ours will help take some burden off Project Safe in Shawnee as well. Until now they have been the only refuge for women in this area,” said Barrett. Victim advocates like Barrett, who operate in some of the most trying circumstances imaginable, have long discussed the possibility of their program running its own emergency shelter.

“It is an endeavor we do not take lightly and we are working hard to make sure it is one of the best shelters. We want to make the community, as well as the leadership and members of Citizen Potawatomi Nation, proud.”

As the shelter’s completion nears, the anxiety that many HOH staff members feel when they’re unable to place these victims in a shelter is reassuring. The lack of emergency shelters in central Oklahoma results in programs like the House of Hope having to find funding to place victims in local hotels, but the costs of those stays can quickly add up.

“There have been many instances we could not put someone in shelter,” recalled Barrett. “More times than not, shelters are full in the metro area and most women, although fleeing, do not want to be more uprooted than they already are. This is especially true if they have children with them.”

The new shelter run by her program, though serving a limited number of families, hopes to provide a transition point for those seeking to escape. While the shelter will only serve women and children, Barrett is adamant that men also experiencing domestic violence are not out of the norm. She encourages anyone who finds themselves in such a situation to reach out to the tribal program regardless of sex or ethnicity, as her staff can find resources or partners who can help.

“The main point we drive home is our door is open to all victims of domestic violence. If you reach out, we will help you in the best way we can.”

The Citizen Potawatomi Nation House of Hope Program can be reached by phone at 405-275-3176 or by visiting cpn.news/cpnhoh.