‘Rainmaker’ honored at the 2016 Woman of the Year awards 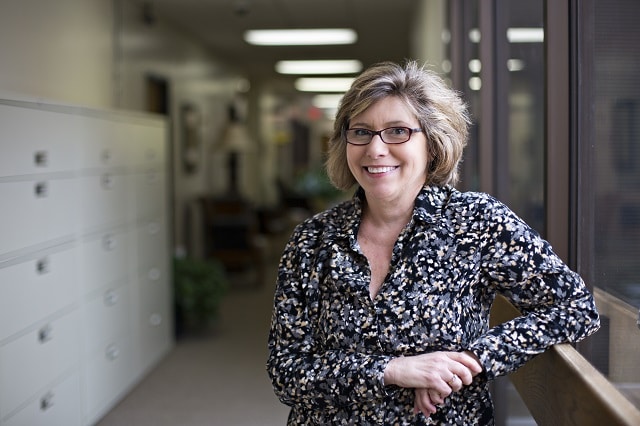 Longtime Citizen Potawatomi Nation Self-Governance Director Rhonda Butcher was recognized by The Journal Record newspaper as one of Oklahoma’s most influential female professionals. Butcher, nicknamed the ‘Rainmaker’ by Tribal Chairman John “Rocky” Barrett for her astuteness in securing federal funding opportunities for tribal programs, has served in her position since 1997, and helped CPN transition into a self-governance tribe.

“The important part of self-governance was always about providing services to our tribal members,” said Butcher. “It is the process whereby we obtain funding from the federal government, prioritize and plan for needed services, and implement programs that serve our people. I’m honored to be recognized for this work on behalf of the Nation.”

Tribal members, employees and neighbors from the community have likely been impacted by Butcher’s work in developing the self-governance office. Whether a patient at the CPN Health Services, a commuter on the streets paved and maintained by the tribal roads department or a small business financed by the Citizen Potawatomi Community Development Corporation, the self-governance office under Butcher has been responsible in finding funds for those and many other programs during the past two decades.

“Without her passion, skills and keen intellect applied with consummate skill as a manager, it is difficult to picture what the Citizen Potawatomi Nation would look like today,” said Tribal Chairman Barrett. “Finding money is only part of the job. Managing and monitoring these funds, as well as correct and timely reporting of the grant resources, is the key element to the success of the CPN.”

A registered nurse and former healthcare consultant from Shawnee, Oklahoma, Butcher joined the Citizen Potawatomi Nation as the tribe prepared to negotiate self-governance compacts with the federal Indian Health Services and Bureau of Indian Affairs in 1998. In the years since Butcher joined the Tribe, CPN Health Services have expanded to two full-service clinics for Native Americans of all tribes, including spouses of Potawatomi and CPN employees. She holds an MBA from Oklahoma Baptist University and had previously worked for Blue Cross and Blue Shield as a Medicaid claims appraiser. Prior to that, she worked as a burn center nurse. Looking back on her long, diverse career, Butcher reflected that an ethos passed on by her grandmother has helped her persevere.

“My personal philosophy is based upon the first passage of the Serenity Prayer written by theologian Reinhold Neibuhr and personified through the life of my grandmother. ‘Lord, grant me the serenity to accept the things I cannot change, the courage to change the things I can, and the wisdom to know the difference.'”