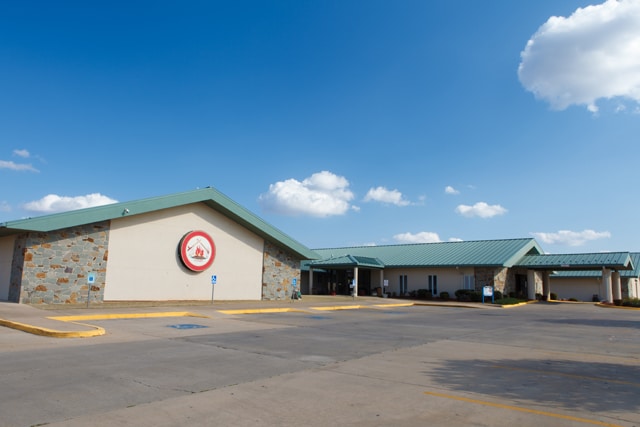 The Citizen Potawatomi Nation has sued Indian Health Service over nearly $800,000 in costs associated with the operations of its health services, including the facility costs at the tribes’ health clinics, behavioral health center and wellness center.

“The tribe has taken on the responsibility of the federal government to provide health services and is owed for the costs associated with providing those services,” said Lloyd Miller, who is the counsel for the tribe onthis matter.

“The government owes what it owes under the contract,” added Miller. “It’s not a blank check. The amountmust be reasonable.”

Prior to a 2012 decision by the United States Supreme Court, and congressional action in 2014, Indian Health Service was not fully funded. Budget shortfalls meant that many tribal health clinics were without the funds necessary to provide adequate care.

“Everything changed in 2015,” said Miller. “Before, Indian Health Serice hadn’t paid even what they thought they owed because they didn’t have the funds. Tribes didn’t seek funding for things like facility costs because they weren’t even getting what they should have in direct care dollars.”

A recent NPR article called Indian Health Service chronically underfunded; noting that IHS receives a set amount of funding regardless of how much care is needed. According to a report from the National Congress of American Indians the spending per patient in 2013 for patients receiving care from IHS facilities was $2,849 per person, compared to $7,717 for health care spending nationally. This is despite the fact that Native Americans typically suffer from diseases like diabetes, heart disease, and cancer at rates higher than any other race or ethnicity.

“Prior to 2015, we’d taken funding for administrative and facilities costs from the overall budget,” said Rhonda Butcher of the CPN Office of Self-Governance. “That meant a decrease or limit in the services wecould offer.”

Citizen Potawatomi Nation has increased its health services to meet the growing demand for healthcare in Oklahoma. The Affordable Care Act and a decrease in state funding has lead more Native Americans to seek care at tribal facilities. In 2015, CPN provided 133,926 physician visits, 7,245 dental visits and filled more than 200,000 prescriptions.