Five years of multimillion dollar growth at the CPCDC 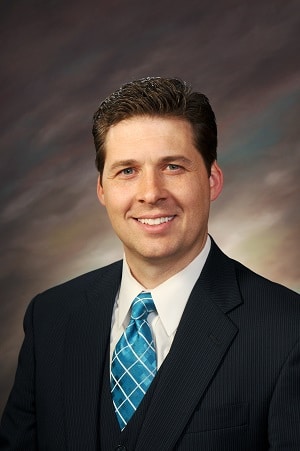 Five years ago, I was in Des Moines, Iowa interviewing for an executive position at an insulation company that wanted me to open a manufacturing plant in Brazil. I had no idea of the impending adventure that awaited me back home in Oklahoma. I left Iowa with a promise that I would receive a formal job offer forthwith and a request that I not accept any other job offer before first discussing it with them. After the interview, I took a red-eye flight back to Oklahoma so I could teach a world geography class at St. Gregory’s University the next day. As I was preparing my notes for class, I got a call from the tribal chairman of the Citizen Potawatomi Nation. He had a “business proposal” for me and wanted to meet immediately. I told him where he could find me in the main administration building at St. Gregory’s, the one that looks like a medieval castle of red brick.

He had a job offer for me to become the executive director of the Citizen Potawatomi Community Development Corporation. I told him that I had never heard of it. He explained that the CPCDC was a community development financial institution that created jobs in low-income communities that didn’t traditionally have access to capital. Their job is to create jobs in these minority communities by providing access to capital.

During my three terms in the Oklahoma House of Representatives, my district covered the majority of the Citizen Potawatomi Nation’s traditional tribal territory. I had never heard of CDFIs, much less the Citizen Potawatomi Community Development Corporation. I explained that I had just flown in from an interview in Iowa and was waiting for a formal job offer. For the sake of discussion, I asked that if I were theoretically interested in taking the job, when would he want me to start?

Chairman Barrett looked at his watch. It was lunch time. He looked back at me and said with a grin, “Say… one o’clock.”

As it turned out, this wonderful job opening and incredible adventure was borne on wings of a scandal. My predecessor had embezzled a quarter of a million dollars by creating fictitious consulting firms to invoice the CPCDC and then authorize the payments to herself. I inherited the broken team left in my predecessor’s destructive wake – shell-shocked, betrayed and distrustful. It took the FBI four years to decipher the financial shenanigans, identify co-conspirators, conclude their investigation and ultimately bring charges in federal court. I testified about how the CPCDC serves low-income, minority communities all over Oklahoma and that the embezzlement was not just a quarter of a million dollars from a tribe, but rather was the equivalent of 800 small loans that could make a difference to families in Oklahoma.

I’m so proud to be part of this incredible team. We’ve come a long way since 2011 and are like a family. At that time, we had about $14 million under management, most of which was for lending money to Native-owned businesses across the U.S. Start-up businesses are very high risk, meaning most banks will not finance them. Even if they would, traditional banks require a 20-25 percent down payment before they will finance. CDFIs are much more flexible than banks are allowed to be, making organizations like the CPCDC a fantastic resource for small business.

We have business loans in the state of Maine, a stone quarry in Washington State, a shrimp processor in Houston, Texas and a chiropractic clinic in Puerto Rico. In 2011, we were the second largest Native-owned commercially focused CDFI in the United States. We have since become the largest financial institution of our kind in Indian Country.

We were the only Native CDFI to be approved for the CDFI Fund’s Guarantee Loan Program under the United States Treasury in 2016, and were awarded $16 million. In October 2016, our team went to Berea, Kentucky to meet with the Secretary of Agriculture who announced that we were a recipient of $25 million in funding for rural Oklahoma communities. Citizen Potawatomi Community Development Corporation will close this year with funds in excess of $65 million!

This has been an incredible five years. We have been able to help hundreds of clients making a real difference to regular Oklahomans to whom banks have said “no” to their small businesses financing needs. I have learned a tremendous amount about economic development and finance. I have a great team who are dedicated to our mission and some of my closest friends. I love my job, love my team.

I still haven’t opened that factory in Brazil. Life has taken many interesting twist and turns. This is not what I thought I would be doing five years ago. Yet here I am. Looking forward to seeing what the next five years have in store.