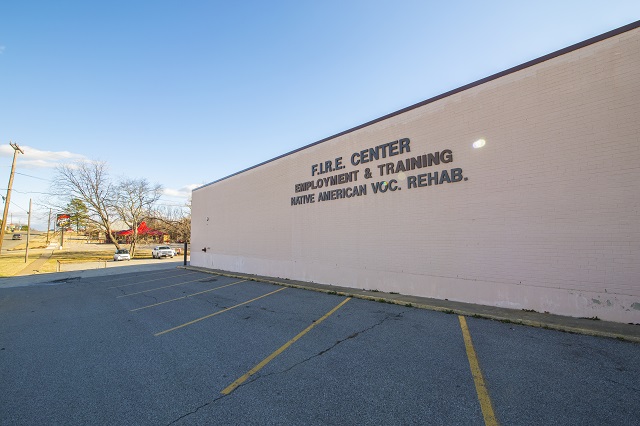 The U.S. Senate accomplished something in late July that it doesn’t typically do. It unanimously passed legislation introduced by senators Lisa Murkowski (R-AK) and Dan Sullivan (R-AK) that, if signed into law, will strengthen tribal employment and training programs nationwide.

For Citizen Potawatomi Nation’s Employment and Training Program, the proposed legislation is viewed positively as it seeks to streamline budgetary and payment processing practices at the federal level. It also makes departments like CPN’s, called 477 programs, which are utilized by hundreds of tribes across the U.S., permanent in the eyes of federal authorities.

“It is a big deal to get this law changed from a ‘demonstration’ to an ‘act,’” commented CPN Employment and Training Assistant Director Margaret Zientek. “We have been operating as a ‘demonstration,’ which some of the federal partners view as a temporary measure or a project.”

This view from the federal level has caused delays for tribal entities seeking to secure all the funds they are legally entitled to in a timely manner. Confusion and disagreements as to the nature of the tribal 477 programs by federal agencies has created headaches for both sides, something that the senate bill aims to solve.

Senators Murkowski and Sullivan introduced the Indian Employment, Training and Related Services Consolidation Act of 2015 to make the 477 program permanent, expand the types and sources of funding available, resolve plan approval and appeal processes, and ensure that funds will be transferred and require only one report. The bill will be carried in the U.S. House of Representatives by Congressman Don Young (R-AK).

“This new law allows us to expand eligible programs for employment and training, and we’ll be able to identify and move competitive grants under these new changes too. We can also use the funds for matching requirements on new grants, which allows us to use our money as a self-governance tribe in the best way we know how,” explained Zientek.

There is a need for verifiable accounting practices of federal funds legally obligated for use by self-governance tribes like Citizen Potawatomi Nation. However, the Orwellian structure of oversight and delays in these issues were troublesome for tribes.

In several instances, tribal employment and training programs like CPN’s faced confusing and contradictory directives from federal agencies responsible for the funds’ distributions. Though CPN’s program is based off a federally agreed upon plan centered on an annual budget, the federal agency in charge of distributing the funds insisted upon quarterly disbursements. This change, made with little explanation and no consultation with the tribe, caused serious issues with the program’s services on the ground in Oklahoma. To compound the problems, the funds weren’t disbursed in a timely matter, with monies often coming in the quarters after they were initially due.

At CPN, the hope is that these issues can be resolved with the new legislation and tribes will be able to move forward in further developing their employment and training programs for the betterment of their communities.

As Zientek put it upon hearing the news about the bill’s passage from the Senate, “I am looking forward to the House passing the bill and putting a stop to this fight!”