According to the World Bank, there are an estimated 2.5 billion adults across the globe who are excluded from formal financial institutions. Roughly three quarters of those have no access due to poverty, costs and the burdensome requirements in opening an account or accessing capital.

One remedy to these obstacles came about in Bangladesh in the 1970s, where Mohammed Yunus began what became known as “microfinance” lending. Yunus, an economics professor seeking to find a way to break the cycle of poverty impacting his home country, believed that access to credit was a fundamental human right. In one of capitalism’s most poignant examples of putting one’s money where one’s mouth is, Yunus made a series of small, $27 personal loans to Bangladeshi basket weavers. Yunus coupled the loans distribution with financial instruction on principles on which the basket weavers would run their burgeoning enterprises, a successful strategy that ultimately lead to the creation of an entirely new lending concept: microfinancing.

As a testament to his success, Yunus was awarded the 2006 Nobel Peace Prize for his work in pioneering a way for those too financially challenged to access commercial lending credit at traditional financial institutions. 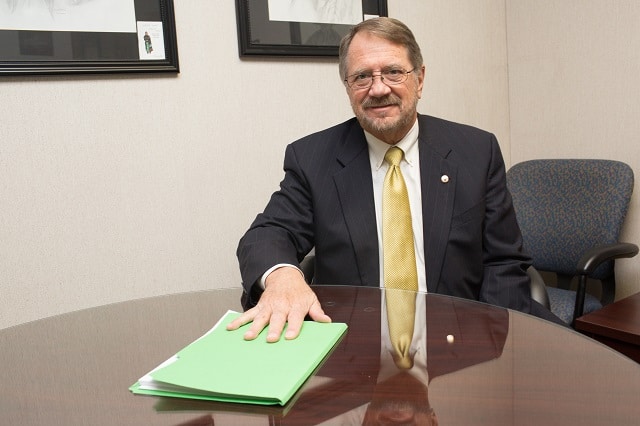 Generally, individuals in the United States do not face the same economic challenges found in 1970s Bangladesh. While the figures are not the same, areas across the nation face remarkably similar economic circumstances when it comes to accessing capital for small business ventures, including many Native American communities.

Following the example of early trailblazers like Yunus, the U.S. Department of Housing and Urban Development distributes funds to loan providers serving these communities to promote Native American small businesses. Through an Indian Community Development Block Grant, a microenterprise loan development program is now available for small busines owners in Oklahoma through the Citizen Potawatomi Community Development Corporation. The CPCDC secured the funding for the microenterprise loan program to further its mission to promote, educate and inspire the entrepreneurial growth and financial wellbeing of tribal communities.

Specifically geared toward small businesses with fewer than five employees, the microloan funds aim to fund the development, expansion and stabilization of these firms while retaining or creating new employment opportunities for Native Americans. The program’s success doesn’t only hinge on the ICDBG funds from the U.S. Department of Housing and Urban Development. The tribe has contributed $250,000 of its own capital to the federal government’s initial $800,000 grant.

“In providing these funding opportunities to entrepreneurs in our local communities, we’re able to directly address low- and moderate-income Native American business owners’ needs when it comes to finding capital to get their businesses going. Consequently this will lead to increased hiring and economic stimulation in our shared communities,” said Jett. Loan funds are not exclusively for the use of CPN members, but rather are open to small businesses owned by all members of federally recognized tribal nations.

As Jett explained, “There are more than 35,000 Native Americans within the CPN jurisdiction alone, meaning we have a deep pool of current or future entrepreneurs able to access these commercial lending funds. If 10 of those loans help lay the foundation of a successful business in the jurisdiction, which encompasses most of Pottawatomie County as well as portions of Oklahoma and Cleveland counties, the entire region benefits.”

The microenterprise loans aren’t just a loan with little oversight. The CPCDC will help build up the capacity and capabilities of their clients’ businesses through business training and financial counseling services offered by CPCDC staff.

“Our staff has a wide array of small business and consumer counseling experience. We can look at a business plan, point out what will work and help improve what needs improving. Ultimately we don’t consider it a successful loan unless the business succeeds,” said Jett.

To learn more about the CPCDC’s microenterprise loan program, visit www.cpcdc.org or call 405-878-4697.