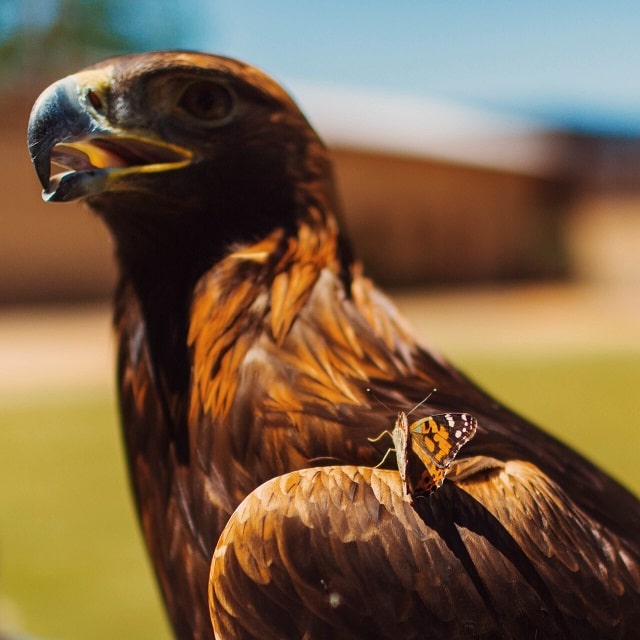 The state’s monarch butterflies have several new partners working for their benefit as seven Native American tribes, the Euchee Butterfly Farm and the University of Kansas’ Monarch Watch work to restore their habitats in Oklahoma.

“We’re looking to build up their habitats in our Pottawatomie County community, which are along their migration path from Central Mexico to the Great Lakes,” explained Kelli Mosteller, Ph.D., of the Citizen Potawatomi Nation. “Our tribe, like many others, understands the importance of these creatures on our lands and agricultural sector, so we were thrilled to participate with such a fantastic group of partners.”

In the past 20 years, the North American monarch population has decreased from one billion to fewer than 60 million. The governments of Canada, Mexico and the United States put together a team of researchers to address the issue and promote monarch conservation. One strategy to combat this devastating drop in population was to increase milkweed plants along their migration routes. Because milkweed is the only thing a monarch caterpillar eats, the increase of food supplies along the migration routes where the butterflies lay eggs during the spring and fall would help sustain and grow their population.

Each of the seven tribes – the Citizen Potawatomi, Miami, Osage, Muscogee (Creek), Seminole, Chickasaw and Eastern Shawnee – pledged to plant at least 2,500 milkweed plants on tribal property and another 2,500 next year. The first of those 2,500 were planted May 10 at the Citizen Potawatomi Eagle Aviary.

Funded from a National Fish and Wildlife Foundation grant and the Oklahoma tribal partnership, 100 painted female butterflies were released and caterpillars given away to participants to encourage habitat restoration in Oklahoma. This grant will also fund the planting of other native plants in the coming years as well as training for local Oklahoma residents and Native youth to promote habitat restoration projects.

“A partnership like this on an environmental issue, or maybe any issue, is without precedent, so it’s pretty exciting to be a part of it,” Breckenridge said. “We will not only be restoring habitat, but also developing the capacity for future restoration efforts in Oklahoma through training, developing native wildflower and milkweed seed banks, and dedicating greenhouses to producing native plants.”

According to these experts, Oklahoma is behind in addressing many environmental issues and hasn’t taken the monarch depletion as seriously as other states. However, the tribes have taken notice.

“Oklahoma tribes have taken it upon themselves to do something and that’s a great thing,” stated Taylor. “This is the only region where seven different communities are coming together to accomplish a common goal. Our goal is to recreate the natural habitat that occurred here in the past.”