Out of the millions of test-takers nationwide, fewer than seven-hundredths of a percent (0.07 percent) of students who take the ACT receive a perfect score. One local Oklahoma student who attended a Citizen Potawatomi Nation-sponsored education program recently joined this elite club. Choctaw High School junior Joshua Crouch scored 36 out of 36 on the ACT with assistance from the Johnson O’Malley grant and CPN education programs. Crouch is the son of Rev. Jason and Sharon Crouch and a member of the Choctaw Nation. 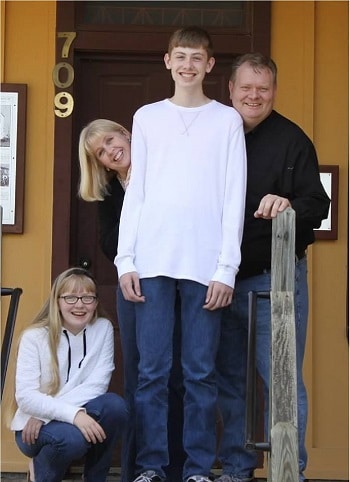 JOM is a federal grant program for federally recognized Native Americans and it gives native students the same opportunities as their classmates in school by covering the fees for school supplies, testing, club dues and more.

Citizen Potawatomi Nation’s JOM program serves 12 school districts, including Choctaw Public Schools, where Crouch attends high school. According to Crouch, CPN’s support allowed him to take advanced placement classes at Choctaw High School and college courses at Rose State. At the end of his junior year he will have 30 hours of college credit.

“I’m very thankful for CPN,” said Crouch. “Their financial help with fees for AP courses and college classes has allowed me to take more than I thought possible.”

While maintaining a 4.25 GPA, Crouch is a member of National Honor Society, Bible quizzing and the competitive academic team at Choctaw High School, where he ranked first in the Oklahoma 6A district tournament last year. Crouch also spends time volunteering with his classmates in NHS and at his church.

After high school, Crouch plans to pursue bachelors, masters and doctoral degrees in the field of mathematics so that he can do research and teach at the collegiate level. His ACT score put him one step closer to this dream.

“When I found out, I couldn’t stop smiling,” Crouch said. “It was something that I had hoped for, but until you’re holding that official notice from ACT in your hands, you never realize just how great it feels.”

The day after he received notification from ACT of his score, he also found out that he made the cut for the National Merit Scholar Program and will learn if he is a semi-finalist in September.

“I want to thank the education department at CPN for their investment in Joshua,” said Rev. Crouch. “The staff’s help has enabled Joshua to open a lot of doors towards higher education.”

The CPN Education Department serves a variety of tribal members and Native Americans from other federally recognized tribes. For more information about the JOM program, please visit cpn.news/JOM.