In the more than four decades since the first Potawatomi Intertribal Powwow took place, many a June headline have been written welcoming Citizen Potawatomi home to Shawnee. It has been written in many incarnations, but this year marks the first front page headline written in Potawatomi. It’s a rough translation, but the spirit is the same in the tribe’s native tongue in saying “Welcome to your home Potawatomi people!” 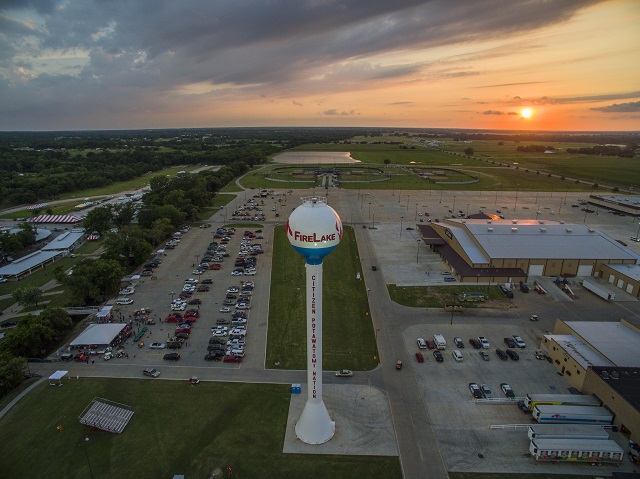 Each June, Citizen Potawatomi from across the world travel to the tribal headquarters in Pottawatomie County, Oklahoma to celebrate their shared heritage and forge closer ties with friends and family. The 2016 Family Reunion Festival looks to be no different as an expected 5,000 tribal members will spend June 24-26 participating in cultural activities, visiting CPN businesses and seeing friends and family descended from the original founding families.

All attendees of Festival must register in person at FireLake Arena the day of their arrival to gain access to activities and events taking place on tribal grounds. However, for those in the vicinity on Thursday, June 23, an early registration session will take place at the arena from noon to 6 p.m. Registration will begin at 8 a.m. on Friday.

The honored families for 2016 are Clardy, Frapp, Kahdot, Juneau, Pappan, Crumbo and Muller. More information on these families can be found on page 15 of the June 2016 edition of the Hownikan, and any members of these families should check the morning hours of the schedule for Saturday, June 27 to find the time for their family’s group photo inside the powwow arena.

Three elections are on the ballot on the June 27 CPN Election Day. Oklahoma-based representatives Paul Wesselhöft (District 9) and Paul Schmidlkofer (District 12) will be up for re-election, though they drew no challengers during the filing period. Only Citizen Potawatomi living in Oklahoma may cast a ballot for these races.

Also on the ballot is the tribal budget, which is voted on by all tribal members, regardless of location. For more information on voting, see the guide on page 6 of this edition of the paper.

Due to a total renovation taking place at FireLake Golf Course, neither night golf nor the Saturday golf tournament will take place at the 2016 Festival. However, activities at the golf course aren’t completely off. From 8 a.m. – 2 p.m. on Saturday, the staff and golf professionals will be hosting a clinic for newcomers and regular golfers at the driving range. Tours of the new clubhouse are tentatively scheduled throughout Festival.

After nearly two years of reconstruction following a flood caused by a City of Shawnee water main, the Citizen Potawatomi Nation Cultural Heritage Center is on schedule for a full re-opening by Festival.

Registration and departures for tours of the CPN Eagle Aviary are being done exclusively at the CPN Cultural Heritage Center. Museum displays, cultural exhibits and the Citizen Potawatomi Gift Shop are being prepared for the influx of Festival attendees keen on learning more about their shared heritage. The latter has supplies available for those last minute regalia needs, including several sewing machines and regalia making classes taking place before the Saturday night powwow. The gift shop also has ready-made regalia, including ribbon shirts for men and shawls and dresses for women.

Regalia is an important part of one of Festival’s main attractions, Saturday night’s Grand Entry, where Potawatomi from across the Nation enter the powwow arena together as one tribe. Government leaders, led by Tribal Chairman John “Rocky” Barrett, Vice-Chairman Linda Capps and Secretary-Treasurer D. Wayne Trousdale enter behind the CPN Veterans’ Group Color Guard. They are followed by this year’s honored families. Given the sacred nature of the powwow arena, it is vital that attendees wear appropriate dress, which includes slacks and ribbon shirts for men and shawls or dresses for women. Shorts and tank tops are strongly discouraged.

Attendees should check their final schedule distributed at registration upon arrival, as it is subject to change. For more information on Festival, visit cpn.news/cpnfest2016.