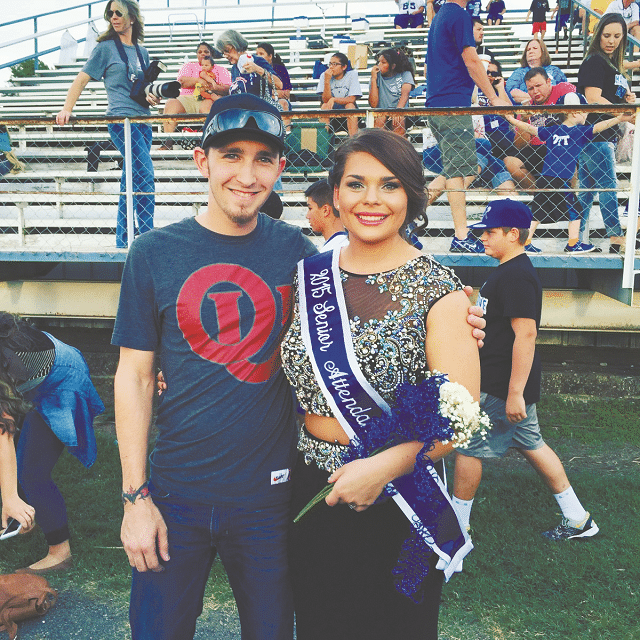 There are times in life when an opportunity comes up that would otherwise pass one by. For many today, those opportunities can come from a variety of sources, including a social media post. Just one click for CPN member Alee Rogers was all it took to enjoy what she describes as one of her best experiences to date.

Rogers competed in the 2016 Miss Oklahoma pageant, representing her hometown of Hartshorne, Oklahoma, after reading about the contest online.

“I got involved through Facebook,” said Rogers. “I saw the link and did some research and it sounded like a great opportunity, so I applied and was accepted. And it was the best time of my life.”

Pageants aren’t an uncommon phenomenon in the state of Oklahoma, which along with California, New York and Ohio boasts a record six winners of the Miss America Pageant. Even so, while many in the Sooner State know of the contests, few understand the sacrifices that go in to the event.

“Something about the pageant that people may not know is how much work truly goes into it,” said Rogers. “There is so much planning that goes into it. The people who put this pageant together truly are amazing and don’t get enough praise for their hard work. I feel so honored to have been a part of something so extraordinary.”

As for her own sacrifices, the Lafromboise–family descendent sums up her experience with an observation common to anyone who has attempted to wear women’s shoes for any length of time.

“We had long days filled with rehearsals and heels,” said Rogers. “We wore heels all day long on both days, and the weekend as a whole was pretty stressful and very tiring, but I wouldn’t change a thing.”

Despite not winning, the Hartshorne High School senior says that the positive experience she had with this year’s pageant will serve as a stepping stone to next year’s competition. She intends to enter the 2017 Miss Oklahoma pageant, heels and all.

“I can’t wait to see how many of the wonderful girls I made friends with compete again with me. When you become so close with the girls and truly get to know them, it isn’t much of a competition anymore. You want to succeed but, you are just as happy if they succeed too.”