Oklahoma City-based Crowe and Dunlevy has developed a reputation as one of the leading Indian law and gaming firms in the country. Its partners and associates are often found
in courtrooms across the country, working for and with tribes on issues across the legal spectrum. The firm recently added a Citizen Potawatomi Nation member, Jennifer N. Lamirand, to its roster of attorneys. We spoke with Lamirand about her background, experiences and some of the issues she’ll be working on in the coming years. 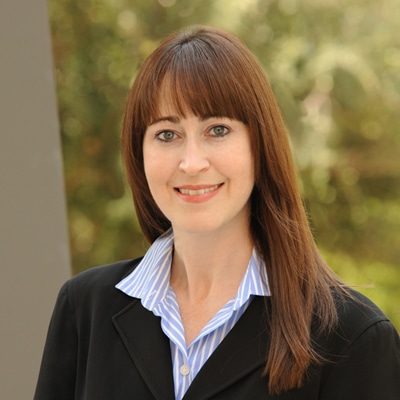 “I was born in Shawnee, Oklahoma. When I was young, my father worked at Shawnee High School teaching carpentry and photography, and my mother worked for Head Start.

“When Francis Tuttle Technology Center offered my mother a position teaching early childhood development in Oklahoma City, we moved to Edmond to allow her to take that position. I started in Edmond schools after that move and graduated from Edmond North High School in 2000.”

As an Oklahoma State University grad, what took you to the London School of Economics?

“I see a lot of parallels between the issues tribal nations face when doing business with non-tribal companies and the issues international companies face when they conduct business abroad. From my previous study abroad experiences during my undergraduate and law studies, I knew about the LSE. I also knew about London’s status as a center for international law practice and study.

“When I decided to pursue a Master of Laws degree, I knew that I wanted to go to London, if possible, in order to gain some more exposure to international law and to explore some of these parallels in more depth.”

Following on that, what took you into the legal field? Coming out of law school in the midst of the recession must have been somewhat daunting given there were so many grads out there looking for jobs.

“It may sound cliché, but I entered the legal profession because I wanted to use my English degree to somehow make a difference. One of my best friends from high school and beyond talked me in to joining a pre-law fraternity with her while we studied at OSU. I attended some of the fraternity programs, and the speakers sparked my interest in the law. I realized that legal work can bring about great change, and it still utilizes the skills I cultivated while studying literature.

“Yes, 2008 was a difficult time to start out in the profession. Thankfully, I received a job offer from a wonderful firm in Los Angeles right out of law school, and my work there provided me with a solid base of litigation skills. I’m eternally grateful for that opportunity and for getting the chance to live and work in California for a time.”

You’ve got quite a diverse academic and professional background. What brought you back home to Oklahoma to work for Crowe and Dunlevy?

“I initially returned to Oklahoma in order to set up a home base closer to my family. While here, I knew that I wanted to work in the area of Indian law if possible. It just so happened that an opportunity arose at Crowe and Dunlevy, and, of course, I jumped at it. I’m incredibly excited to work with such distinguished and knowledgeable attorneys, particularly in this field.”

In Dec. 2015 you commented to the newspaper The Oklahoman about New York’s Dec. 2016 ruling on fantasy sports betting. Do you see other states, including Oklahoma, trying to put a halt to this as well?

“Oklahoma recently joined the fray with the introduction of House Bill 2278 this month. This bill suggests both separating fantasy sports activities from the state definition of gambling and imposing certain obligations on fantasy sports operators.”

In that Q&A, you mentioned that tribes should develop their own positions on sports betting as a whole. Have you seen any traction on this in Oklahoma or amongst other tribes in the U.S.?

“We certainly see tribes exploring possible online gaming operations at the moment, and some of the same concerns about daily fantasy sports pop up in discussions about online gaming and sports betting.

“As states hammer out legislation for daily fantasy sports, they must consider whether to allow and/or regulate these games, and, if they decide to do so, why such action seems appropriate for fantasy sports leagues, but not other sorts of sports betting.

“Some say that paying an entry fee to play in a fantasy sports league is not the same as a bet. Others disagree. Legislators will confront this issue, and it’s a good idea for tribes to consider it too, so they can contribute to the development of the law.”

What is it like working for a firm so heavily invested in Indian law as a member of a tribal nation? Is there a deeper personal investment in the issues you work on now compared to your previous work?

“It’s wonderful to work for a firm that values tribal nations and supports their growth. I enjoy practicing law in general, but I do feel a different sort of connection to my Indian law work. It’s a dynamic area of the law, and many litigation matters that touch on Indian law issues hold the ability to transform the legal landscape for all tribal nations. This forces Indian law attorneys to think critically about the law and their advice.”