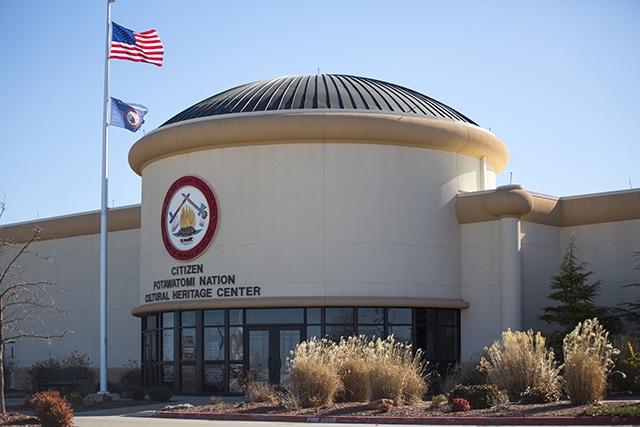 Neither rain, nor sleet, nor a direct hit from a tornado or a multi-million dollar, man-made flood could stop the Citizen Potawatomi Nation Cultural Heritage Center from reaching its tenth anniversary.

“It’s been an incredibly difficult past couple of years following the flood of 2014, but as we begin to undertake the rebuild of museum exhibits, I think the CHC will be better than it ever was,” said Cultural Heritage Center Director Kelli Mosteller, Ph.D.

For many years the Tribe’s cultural resources and historical items were spread amongst museums in Oklahoma and Kansas as well family collections. With the Tribe’s membership and services growing though, the government moved towards creating a permanent home to preserve and showcase all things Citizen Potawatomi.

In October 2005, that process began as collections and archived items were cataloged for the move. Construction began the following month, and by January 2006 the Tribe hosted the grand opening for the newly christened Citizen Potawatomi Nation Cultural Heritage Center. In late 2005, Jon Boursaw had just retired as the tribal administrator for the Prairie Band Potawatomi Tribe when he met with Chairman John Barrett at a CPN regional meeting in Rossville. The chairman told Boursaw that he was needed in Oklahoma to oversee the new facility and staff, a mission the retired Air Force officer readily admitted he had little experience with.

“His response was that it didn’t matter,” recalled Boursaw. “He said that there was a very competent staff in place and all I needed to do was simply manage them. Then the real reason came out – he wanted a wall  dedicated to honor the Tribal veterans, past and present, and he felt I was the guy to get it done. How could I turn that down?”

Less than a year into his tenure, Boursaw was on hand to see the Nov. 2006 unveiling of the CPN Veteran’s
Wall of Honor.

“I frequently tell people that during my life I have held various positions where I felt that I had achieved some degree of accomplishment, but nothing compares to what we accomplished in creating the CPN Tribal Veteran’s Wall of Honor. Each time I enter the Long Room I have a thought come over me that says ‘I had a part in this,’” said Boursaw.

While reaching the 10 year milestone is impressive – especially when looking back at many of the awards, new exhibits and services offered inside the mammoth 40,000 square foot building – it hasn’t all been smooth sailing.

In May of 2007, the Cultural Heritage Center sustained a direct hit from a late spring tornado, causing extensive roof damage. If that wasn’t enough, in March 2014, an uncapped City of Shawnee water main caused an extensive flood inside the museum. The repercussions from that incident continue today, though Mosteller is hopeful that the museum, its exhibits and services should be back to full operation in the near future. 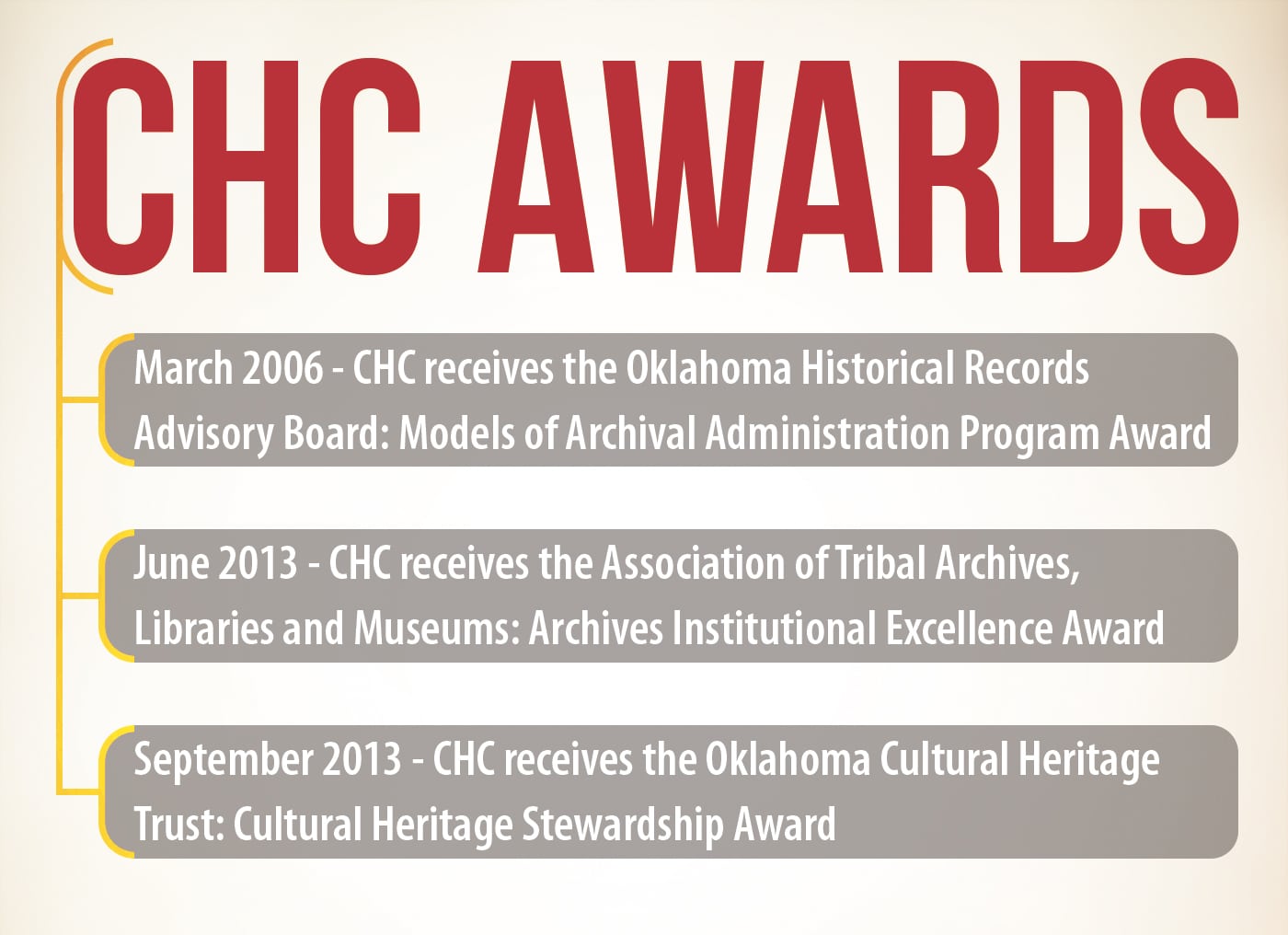 “We have set out a timeline of eighteen to twenty four months to complete the redesign,” wrote Mosteller
in an Oct. 2015 op-ed in the Hownikan, “but we will work furiously to have as many of the new exhibits completed as we can by the time we host Festival and Gathering in 2016.

The CPN Veteran’s Wall of Honor is already in progress, and we will start construction on the main exhibit hall soon.”

Museums like the Heritage Center are a hive of ongoing work, including the planning, construction and deconstruction of exhibits. Amidst the natural and man-made disasters that have buffeted the museum and its staff, the exhibition work is never finished. In June 2008 the wellknown Lifeways Exhibit opened, followed by the Aug. 2010 Peace Medal Exhibit. By Jan. 2011 , new construction was underway for the main hall of the museum, the full breadth of which had neared completion when the March 2014 flood struck.

It’s not simply exhibits though. Thanks in large part to a donation of 2,500 books from Tribal member Jerry Lewis, the Heritage Center’s Mezodan Research Library opened in Nov. 2008. The public library is open to anyone visiting the CHC, and a search of its catalogue can be done online through the CuadraStar software system. While the building and its items are vital pieces of preserving the history of the Potawatomi in  Oklahoma, the staff of the Cultural Heritage Center, both past and present, has been central in its mission as far back as the initial 2005 construction. Legislator Boursaw is effusive of their work, calling the museum’s award winning exhibits and archives a testament to the quality of the staff, some of whom have been with the museum prior to the groundbreaking.

“One of the major contributing factors in the improvements in these areas is the staff,” said Boursaw. “They have continued to broaden their knowledge through experience, conferences and formal education. The single shining light in the overall improvement of the CHC has to be Dr. Kelli Mosteller. When I first met Kelli she was still a student at the University of Texas and the interest and enthusiasm she demonstrated regarding the Nation’s history even then was beyond impressive.”

As the physical portions of the Cultural Heritage Center were rebuilt, so was the museum’s digital infrastructure. In June 2015, www.PotawatomiHeritage.org went live and is updated weekly with new features and content for online viewing. Though a brick and mortar location is excellent, with more than 30,000 members nationwide and growing, an online portal for those not within driving distance is important.

Even throwing in a new logo, which was unveiled in March 2015, the CPN Cultural Heritage Center in many ways has a familiar feel for those who initially walked inside its doors in January a decade ago.

“What we do at the CHC is important,” remarked Mosteller. “There are many institutions across the country
that are dedicated to the history and culture of Native Americans. We as Citizen Potawatomi, like every tribe,
have a unique story that is all our own. It is important for Tribal members and the general public to have a
place to visit that exposes them to the material culture, history, culture, and language of our Tribe.”