For decades, tribes across the U.S. have made strides at securing economic independence from gaming revenues through the use of federal grant funding opportunities. At Citizen Potawatomi Nation, the handling of these sometimes obscure and almost always difficult to decipher federal funding opportunities often fall under a special office of professionals.

Grants and Self-Governance Analyst Kasie Nichols serves in one such role, and since 2010 has played a vital role in helping the Tribe increase funding from a variety of federal
programs.

A Dickson High School graduate from the Ardmore, Oklahoma area, Nichols did not set out on her professional and academic careers in hopes of being a grants analyst. Far from it, this southeastern Oklahoma native pursued a career in the healthcare-related field of biotechnology research. 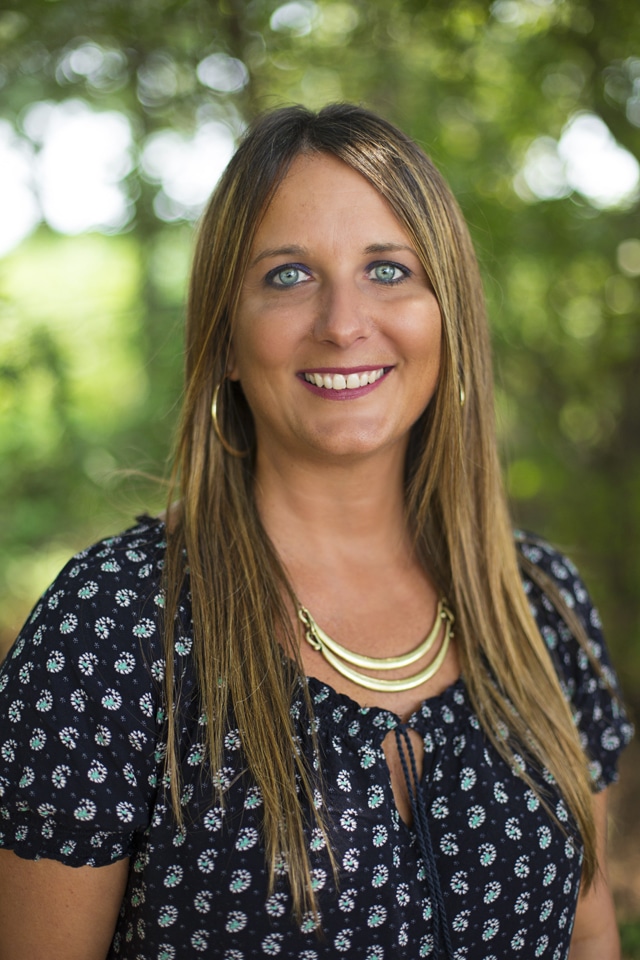 She attended Southeastern Oklahoma State University in Durant as a student in biological health sciences, where she graduated with a bachelor’s degree with a minor in chemistry.

The professor of her organic chemistry class at Southeastern encouraged her to apply to the University of Oklahoma Health Sciences Center’s intensive microbiology and immunology Ph.D. program.

“The interview process wasn’t pleasant, but I got in and received a lot of on-the-job training,” remembered Nichols. “I was placed on a National Institutes of Health training grant. As graduate students, we didn’t receive scholarships, but rather earned stipends for our training.”

It was through these experiences as an immunology researcher on cell-mediated immune responses – which is responsible for the inflammation seen in afflictions like poison ivy and tuberculosis – and the use of her data in scientific publications and NIH grant proposals, which paid off for her future career at CPN. As her studies continued Nichols found that her heart wasn’t in that type of career. It would require countless hours of isolation in a research lab while also writing highly competitive research grants in hopes of securing funds for her livelihood. She left the PhD program after completing a master’s in microbiology and immunology.

“I remember thinking to myself ‘I love immunology research, but don’t like conducting research on animals, even if they’re just mice! I’ll never have much of a family life if my career is this demanding. I just don’t want to do this for the rest of my life,’” said Nichols.

A long stint in a research administration office at OU Health Sciences Center provided a much needed change of direction, but still left Nichols wanting to pursue something
closer to home.

“A position came open at CPN and (current-CPN Paralegal) Vicki Lofton, who I met at church, told me about a grants-related position here and encouraged me to apply. The self-governance office needed another person, and I had always told Vicki that if anything ever came open with the Tribe, I wanted to apply,” said Nichols.

Though steeped in experience in the medical and research fields, Nichols says she was interested in CPN due to the diversity of its career options.

“It was the only place I felt like there were similar opportunities like those in the OKC metro area. It reminded me a lot of a big campus with vastly different sectors and departments where I could pursue a career.”

With her attention to detail honed in research labs combined with her knowledge of grant administration, Nichols quickly fell in with the office of self-governance’s mission of making the Tribe as self-sufficient as possible. Chances are if you have been a Tribal employee, used a CPN program or facility since 2010, you have been directly impacted by Nichols’ work.

“Although Kasie first joined CPN with over a decade of grant writing experience, she was unfamiliar with the unique qualities of a Native American tribe,” said Self-Governance Director Rhonda Butcher. “However, she made it her personal mission to understand Indian Country. Using her wealth of expertise as a springboard, she has since become an incredible advocate for Indian Country and has been remarkably successful in securing grants for our Nation.”

In fact, the next time the tornado sirens wail at the Grand Casino Hotel Resort, those taking cover in the secure walls of a FEMA safe room facility currently under construction are stepping into a physical embodiment of her and her fellow self-governance office employees’ work.

“That project was a great combination between CPN Director of Emergency Management Tim Zientek and our office in terms of building relationships with FEMA, addressing technical grant requirements and ultimately securing a nearly $2 million grant that was highly competitive. It was just the latest great example of the dedicated team we have here at the Tribe.”

From economic development projects, to after-school programs to the safe room, grant funding opportunities pay dividends that the Tribe can build its independence upon for decades to come in large part to the work of Nichols and her fellow staff members in the department of self-governance.