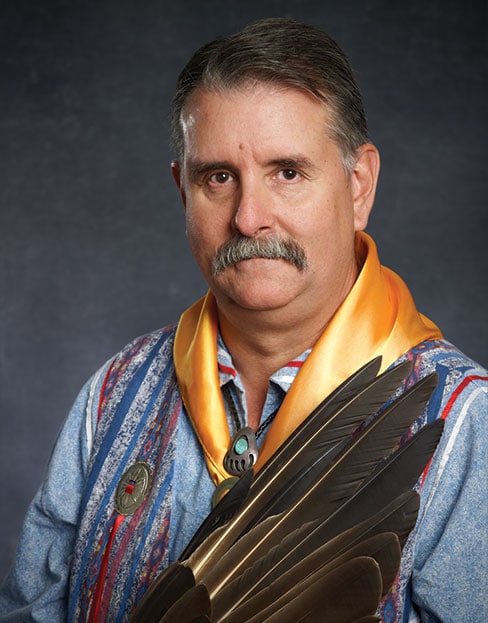 Though nine of the CPN Tribal Legislature’s 13 members are spread across the U.S. to represent the many Citizen Potawatomi living outside of Oklahoma, the state does boast five at-large legislators. Many live within a short drive of CPN’s jurisdiction, and one, District 12’s Paul Schmidlkofer, lives a stone’s throw of the Tribe’s administrative center.

The Hownikan sat down with Schmidlkofer to speak about his life outside of CPN, history with the Tribe and what  he sees as a resident of Shawnee, Oklahoma and Citizen Potawatomi Tribal member and legislator.

“I am an Air Force brat, born at Altus Air Force Base in Altus, Oklahoma. We traveled a lot as kids with stops in Texas, Minnesota, Florida and Oklahoma. My dad retired from the service to Oklahoma.

“He was born here and was raised on a farm east of Shawnee. My grandparents still lived here and I believe that had a lot to do with him choosing to come back and settle here after retirement.

“I graduated from Tecumseh High School. I have an undergraduate degrees from Oklahoma State University in Industrial Design and St. Gregory’s in Social Science. My graduate degree is from East Central University in Educational Administration. I also have post graduate education from the University of Central Missouri in Engineering Education.

“I’m a father of two, Candace and Bryan, and a grandfather of six, Colton, Megan, Nick, Walker, Seth, and Meghan.  I’ve been married to my wife Janie for 37 years.”

What do you do for a living?

“Currently I am an instructor in the Pre-Engineering Academy at Gordon Cooper Technology Center in Shawnee. Prior to this I was an Associate Mechanical Design Engineer at Seagate Technologies in Oklahoma City for 14 years.

Why did you get into that?

“I was considering a career change when this job became available. I have spent a good part of my life working with young people and this had the appearance of being a job that offered an opportunity to continue this.

“I really didn’t know if I would stay or not at first. But now that I am working on year 22, I think maybe it is going to work out.” {jb_quote}”I still remember Dad taking me to the General Council as a youth. I sure didn’t understand why he felt the need to drag me to the complex and make me watch a bunch of grownups argue and shout at each other. I still  chuckle when I think back to that.”{/jb_quote}

Did you grow up in a traditional home in a sense that you were raised knowing and practicing your Potawatomi heritage?

“I suspect I probably had more exposure than most members in our Nation. As many know, my father was the chairman of the Tribe for, I believe, three terms in the 1970s. I was fortunate to have been able to learn some of our art from Tribal elders as a youth in a program the Nation had then. I still practice some of them occasionally.

“But to be honest, time has taken its toll on me and my hands don’t allow for a lot of it anymore. I still make a couple prayer pipes a year if time and a warm, dry day align.”

How did you first become involvedwith the Tribe?

“We were always told we were Potawatomi. Because of my dad’s military service we moved every couple years. So I was probably 11 or 12 years old before my first real exposure to the Tribe took place.

“As a youth I attended many of the powwows and other activities the Tribe had. I still remember going with my dad delivering fresh vegetables we raised on our farm to members during powwow.

“The Tribe used to give everyone a meat supplement when it could afford  to do so. Usually it was beef, but there were a year or two where buffalo was delivered. Dad would bring the vegetables and share them to help people out. I still remember Dad taking me to the General Council as a youth. I sure didn’t understand why he felt the need to drag me to the complex and make me watch a bunch of grownups argue and shout at each other. I still  chuckle when I think back to that.”

Why did you run for office as a Tribal legislator?

“The Nation has given so much to me over the years I always felt it was my responsibility to give something back. My dad always imparted the sense of duty to others in us as kids, so helping the Nation was always a natural move.

“My first position with the nation was as a member of the grievance committee where I served for five years. Most people do not even know or remember this old committee unless they had either served on it or had reason to interact with it. Most of the service here was just standing up and smiling with a wave the few times you were
recognized. But it was fairly active during my last term. One outcome of my time on this committee was I became quite well versed in the Nation’s constitution and how it applied to the operation of the organization.

“This service led to my interest as a member of the previous business committee-form of government. With the  business committee, we had five members who served as the Nation’s legislature. They were the chairman, vice
chairman, secretary/treasurer and two committee members.

“This form of government served the Nation for many years. It was also the form I first was introduced to as a young man. I served in this capacity for several years before the constitutional revision we had recently. This allowed me the opportunity to be involved in that reform. It was an interesting time for the Nation.

“We had always known we had members all over this country, and world for that matter, but they were limited in their ability to participate. Given the record, I still believe the change was the right one, not that there is much discussion otherwise. We were concerned in the early planning stages though. We really didn’t know for sure if there was anyone interested and willing to serve outside of Oklahoma.

With the experience you have, what do you see as the greatest challenge CPN will face in the coming years?

“Our current leadership has led the Nation through some exceptional growth. They have invested their lives in building our Nation’s enterprises and programs. They will not be here forever and with the loss of their leadership, we lose institutional history. Many of the things that have happened in our Nation were the first time it was ever done. 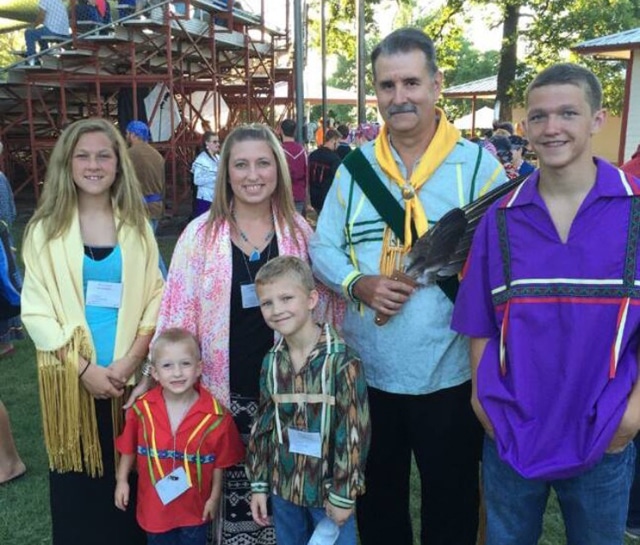 “We had to learn from our mistakes as we progressed. It’s important to keep as many people involved as we can that have been through this so as to not repeat mistakes. We will need to be very careful to not allow wholesale change of government. I completely support getting as many people involved that we can. My point is we need to be careful not to lose all that we have learned over the years.

“Traditionally we cherished our elders for their wisdom and guidance. I think as a Nation we need to balance our desire to change with our need to survive.

“Currently we are experiencing an intrusion into our government from outside sources. Most of this really boils down to money. Some people have trouble accepting that, but it pretty much is just that simple. You can frame it in a lot of different pictures but it always comes down to some entity wanting to tap into our success.

“The Nation has done a good job of re-investing our success back into new growth. This growth has had a positive effect on all the local neighbors. One would think they would be happy with that. We have created so many new jobs that have helped elevate the local economies. But with our success they have lost some of their control over how monies have been spent.

“This is despite the fact that we have paid for many of the projects that influence their quality of life.  Roads, bridges, water projects and other basic services that help improve the lives of both our members and theirs. I would like to caution here also that I believe most of our neighbors appreciate and support us. The problem comes from a select few. We will continue to be good neighbors.”