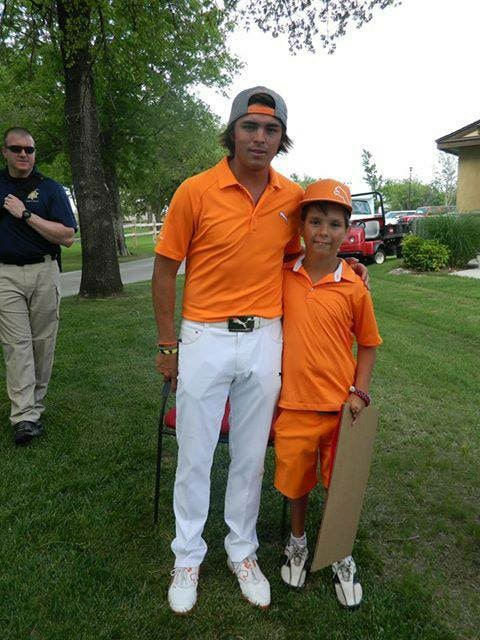 Regulars of FireLake Golf Course often see course staff members and other CPN employees finishing off a round in the company of a skinny young man wearing a weathered baseball cap. A favorite amongst the numerous Tribal employees and Fire- Lake regulars, 17-year-old Colton Sonsala used some of the skills he’s picked up at Shawnee, Oklahoma’s only public course to give back at the first CPN Employment and Training Sports Camp this summer.

Sonsala, was the lead coach at the health and wellness camp this year after spending the 2014 camp as a helper. His father is golf course employee, Steve Sonsala, who was an acclaimed
junior golfer, while his grandfather was a lifetime member at the Elks Golf Course, a private club in Shawnee. It was no surprise then that Colton began playing golf at the age of three with his father and grandfather.

For the last ten years, Sonsala has been a fixture at the FireLake Golf Course, spending hours on the putting clock and chipping green.

“Billy and I would see him on the putting clock and we would just say hello. After about a year, Colton jumped into our cart and began chatting with us. The rest is history,” said Lawerance. “He is like my surrogate son. Last summer, he and Billy played in a three day golf tournament with 30 plus teams and they won their flight.”

Sonsala has entered many tournaments as an individual and has placed in the top 15 in every high school tournament in which he’s competed. He won this year’s ‘C’ flight in the FireLake Classic and even had his first hole in one on FireLake’s sixteenth hole in the summer of 2014.

“It has been a pleasure to watch him grow up and develop into a very good golfer,” said Chesser.

Besides playing golf with his close friends and family, Sonsala has had the opportunity to play with many different people. His favorite round was playing with John Schneider from the Dukes of Hazard. He also got to meet one of his favorite golfers, Rickie Fowler. 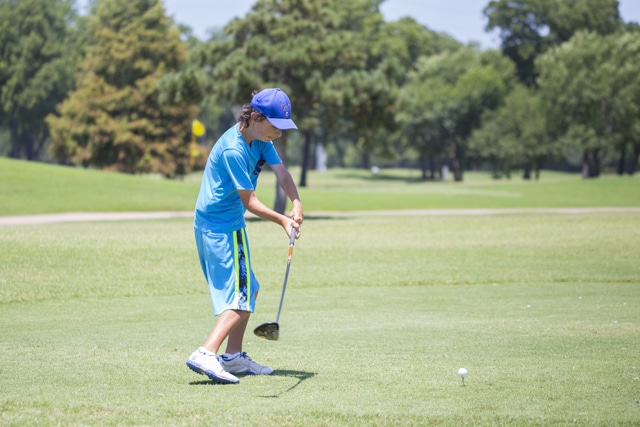 With all of his experience, it made Sonsala the prime candidate to be this year’s lead coach at the camp. The free camp was held on Tuesdays and Thursdays the entire month of July and accommodated 20 campers from ages 7 to 12. During the first two hours of camp, the kids worked on golf while the last two hours consisted of fitness challenges and obstacle courses. CPN Health Services dietitians even came to teach the campers how to make after-school healthy snacks. The golf part of camp took place at the FireLake Golf Course. For many campers, this was their first exposure to the sport. Each camper was fit with a set of clubs and Sonsala worked with the kids on golf grip, the different clubs and swing technique.

“He enjoyed helping with the camp last year and was honored to be lead coach this year,” said Lawerance. “He was excited to share some of his knowledge with the campers and is already looking forward to the camp next year.”