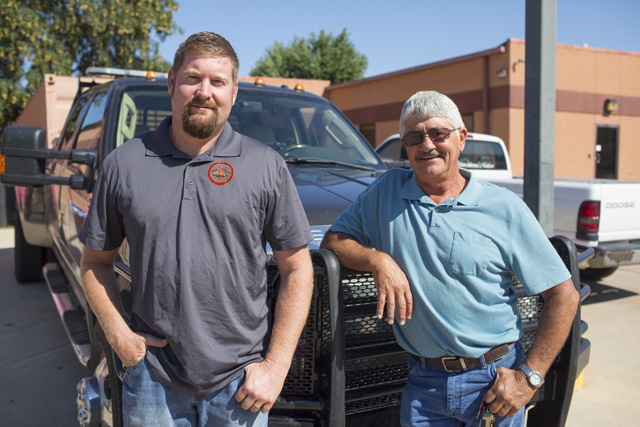 Along with Zientek in 2015, were CPN employees, Nick Nadeau, Jason Hawk and Connor Arrasmith. Zientek and his crew have a multitude of responsibilities for the Potawatomi Gathering, including the transport and set-up of two camper trailers hauled by CPN vehicles. The trailers allow Tribal members to take a break from the heat and give them enough room to change into regalia for dancing. They also bring a 15-person passenger van carrying a utility trailer that holds the merchandise from FireLake Gift Shop and a six passenger golf cart.

During Gathering, Zientek and crew work from sunrise to well past sunset helping out wherever they are needed.

From setting up trailers and transporting Tribal members around the campground in the golf cart or breaking down the mobile gift shop each evening, they do it all. Staying behind the scenes means that their hard work can easily be overlooked, but it is undeniable that without their effort, the experience would be lacking for Potawatomi of all bands.

This year’s event was a trying one. On the trip up to Carter, one of the trailers suffered three blown tires in less than two hours. Zientek brought exactly three spare tires. Being the emergency management director, Zientek is always prepared for the worst case scenario. 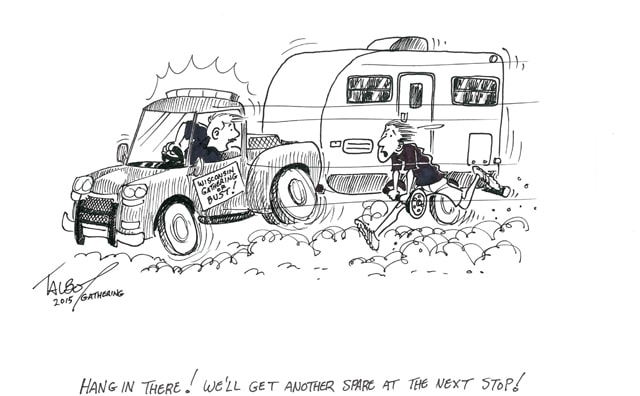 “Before Family Reunion Festival we start to prepare for Gathering,” said Zientek. “This was a little bit different from previous years. Out of all the years I have been to Gathering this was the most mechanical issues we’ve ever had to deal with. From tires blowing, to trailers popping off their hitch, it all pretty much happened.”

For some, Gathering may seem like a vacation. For Zientek it seems like an endless routine of hard work, but he wouldn’t have it any other way.

“I get the satisfaction out of helping the elders and making the trip as comfortable and easy as possible for all of the Tribal members,” said Zientek. “I get to take part in some of the activities when we go and I learn something new every time.”

With next year’s Potawatomi Gathering of Nations at the Citizen Potawatomi Nation, Zientek is already planning for what circumstances may come.

“We plan on having wheelchairs available for elders as well as having a cool down area. We are going to have to plan this like Festival and will make sure we are completely ready for anything that may happen.”

If you’d like to learn more about the 2016 Gathering of the Potawatomi Nations to be hosted at CPN, visit www.potawatomi.org/culture/gathering-of-nations.