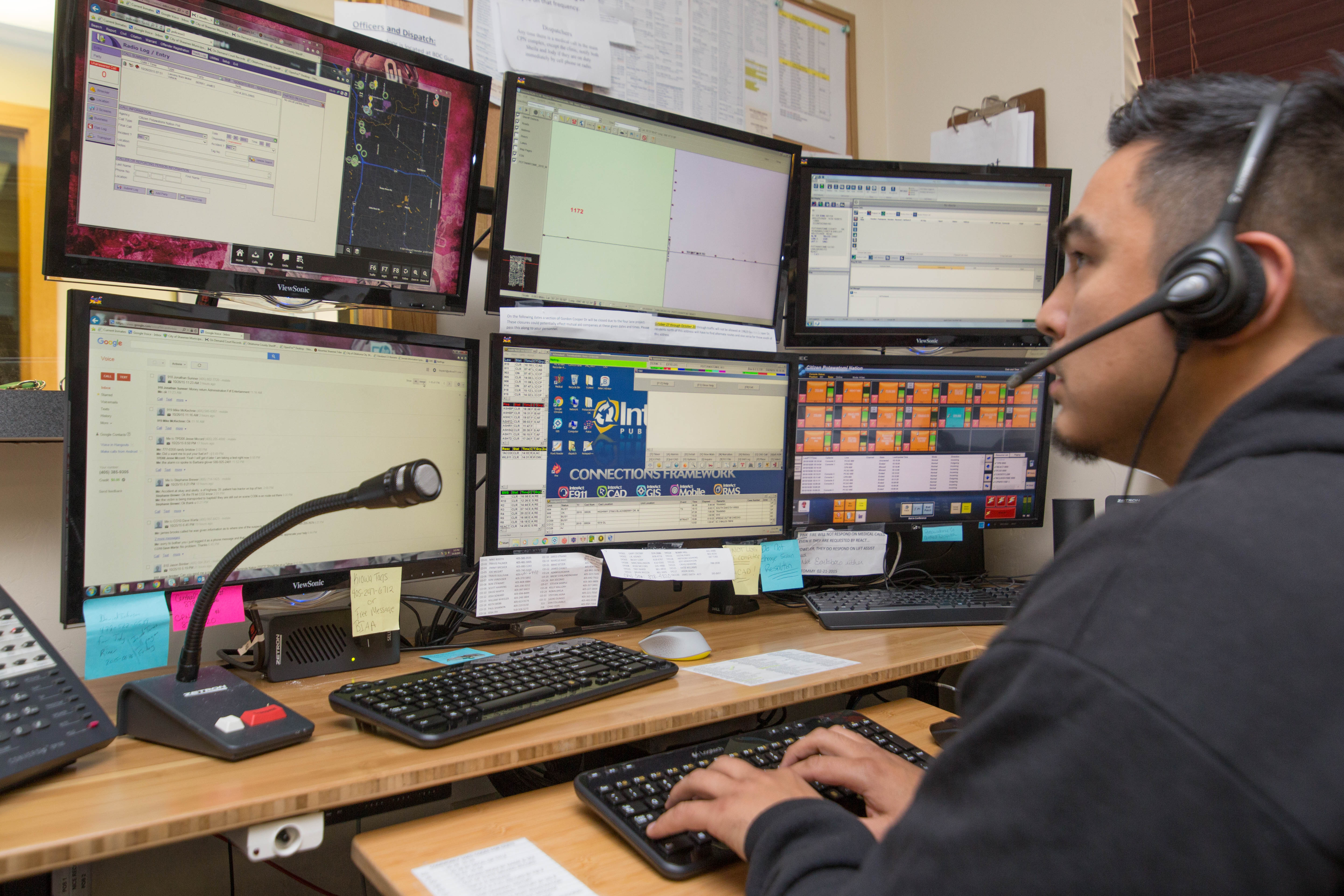 Pottawatomie County residents, in the late hours of October 13 a major change in the area’s 911 dispatching services went through without a single problem arising. County 911 call services were transferred from the old dispatch center in Tecumseh to the newly upgraded 911 dispatch center located inside the Citizen Potawatomi Nation Tribal Police
Department.

“We had zero calls dropped,” said Citizen Potawatomi Nation Tribal Police Chief Jim Collard. “It was a perfect execution of teamwork by our people and our partner agencies. This has been a tremendous team effort and it has been a privilege to work with such a dedicated team of public servants to make this all come together.”

The move coincides with the Tribe’s funding of all county dispatching services, which was agreed upon in February 2015. Combined, all emergency response agencies using the system were being charged $167,564 a year. Funding for the 911 system was falling short, leaving the fate of emergency services in the balance.

“We would still have been looking at the best way to fund the system if CPN had not made its offer,” said JR Kidney, Pottawatomie County 911 Trust chairman.

In addition to the dispatchers, the facility also houses all of the network and radio equipment needed to keep
the center running. With Shawnee and the county having two separate dispatching centers, emergency responders have options if one should go down.

“It became evident that reinforcing this building and having two systems available is critical after our experiences during the May 2013 storms. The point is duplication of services, so if the worst happens, our police and fire services always have a radio line open,” said Chief Collard.

Kidney, who in addition to his role as chairman of the trust authority is the deputy chief for the Tecumseh Police  Department, said the Tribe’s funding of the service is being passed back to local agencies.

“It’s definitely putting money back in our budgets. The money we used to pay in fees can now be used in our department budgets. In Tecumseh we were paying around $60,000 a year to use the service, and that’s now
being spent in our department.”