The Potawatomi Leadership Program has been in place since 2003, educating young Tribal members on CPN and providing workplace experience and cultural. The program is only open to enrolled members of the Citizen Potawatomi Nation and is limited between 8 to 10 students. PLP participants devote six weeks of their summer as interns at the Citizen Potawatomi Nation headquarters in Shawnee, Oklahoma where they participate in group activities including cultural activities, time with the various departments and programs operated by the Tribe and service to Tribal elders.

At the close of each year, class participants write of their experiences as a final requirement of their project. Below are annotated versions of their submissions.

To read part one of the 2015 PLP class reflections, click here. 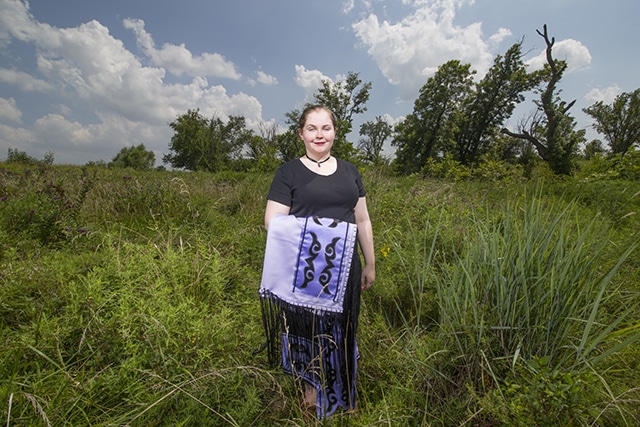 There’s nothing like a little severe Oklahoma weather to bring people together. The wet May 2015 weather also had an impact on the out-of-staters like Lawrence, Kansas’ Alexis Riner, who arrived at the Sharp House in June to learn that the living quarters would be crammed more than usual.

“I think it was actually a better time for us since the basement got flooded, which forced the boys to sleep upstairs,” wrote Riner in her PLP final reflection. “I felt like everyone bonded on a higher level because of that.”

Like PLPs before her, Riner cited her shadowing experiences at the Child Development Center and CPN Tribal Police Department as two of her most memorable experiences, the latter of which allowed to her to participate in a ride-along. At the CDC, Riner stepped in on a day when the staff needed help and worked with the youth in the after-school program.

Working with partner Heath Steward on a water collection project, the two PLP members met with CPN Public Works Director Richard Kunze and CPN Construction Director Bill Smith about the feasibility of a system that trapped and redistributed runoff rainwater at the Grand Casino Hotel Resort to Tribal enterprises and users.

It wasn’t all business though, as Riner credited the Moon Ceremony with being her favorite cultural activity and learning more about the proper etiquette in the prayer circle.

“Being in the Potawatomi Leadership Program has made my life just a bit fuller,” she wrote. “I’ll be able to take my knowledge of the traditions home and share it with my cousins and maybe convince a few of them to considering joining the PLP when they’re eligible!” 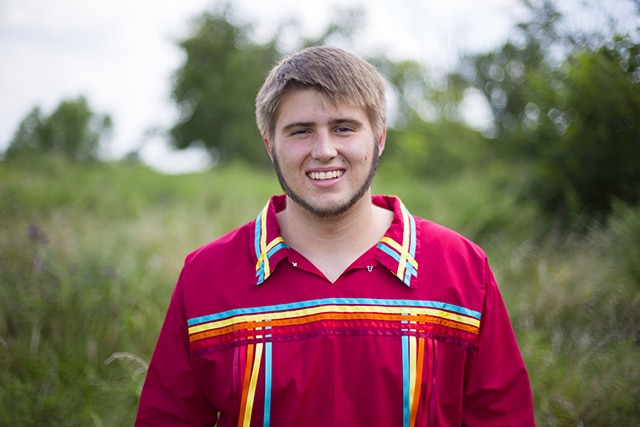 Okemah, Oklahoma’s Andrew Banta admitted he was somewhat reticent to participate in the leadership program that lasted six weeks, a veritable lifetime for anyone to give up their summer vacation.

“I had very mixed emotions leading up to the PLP. Once I entered the Sharp House and met the Housemother, Margaret Zientek, and the other students, I knew this is exactly what I was supposed to do with my summer.”

Banta cited the annual CPN Family Reunion Festival as his greatest highlight of the program, though he has attended Festivals with his family in the past. He noted the PLP Hand Games Team’s ultimately unsuccessful quest for the 2015 competition’s win as a thoroughly enjoyable experience, propelled by their adopted “Going to Montana!” slogan picked up in their first day of orientation.

“We participated in New Hire Orientation and watched a motivational video of a fish market that embraced having fun at work and received national recognition due to their up spirit service. They would throw fish through the air and yell the phrase, ‘Going to Montana!’ We decided we wanted to emulate their spirit and hard work, so we adopted their phrase.”

Looking back on his six weeks in service for his Tribe, Banta closed with his final thoughts on what being Potawatomi meant to him as a PLP alumni.

“This program has been very influential to understanding what it means to be Potawatomi to me. We are leaders, visionaries, and stewards. We lead by example; not just for our own people, but for all people. We are not selfish. We take care of all people and the environment… I am proud to call myself a member of the Citizen Potawatomi Nation.” 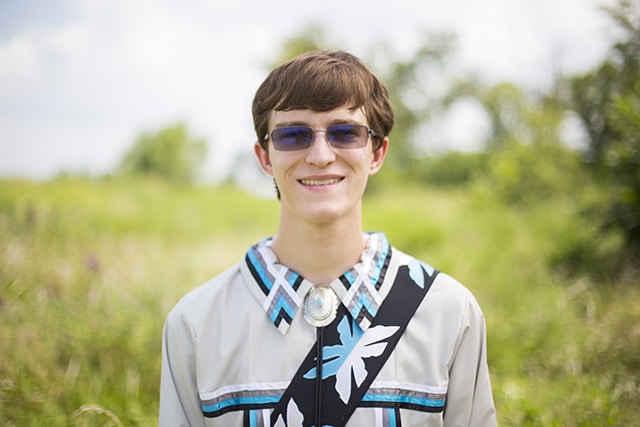 An astute observation by Southlake, Texas’ Andrew Kietzman and PLP project partner Tyler Kline, led the two on a path to their final project proposal. The two noticed that the mosquito population around the Tribal headquarters was high; in part due to algae buildup on many of the area’s surrounding ponds.

“We decided that instead of using pesticides to kill the mosquitoes, actions should be taken to reduce the amount of algae in the ponds. Not only would this act as a more ecologically friendly and healthier approach, but it would address the problem at its source and help keep the ponds looking clean and pleasant as a result.”

That focus on the minutiae, which serves him well as a major in audio engineering, was also a source of concern for Kietzman when he considered which Tribal departments to shadow.

“When I was visiting the different departments owned by the Tribe, however, those doubts and concerns gave way to different thoughts and feelings. I saw that the Tribe has departments where my interests in technology and art are relevant, such as the IT department and the Department of Public Information. I also took into account that what I am currently studying does not have to reflect the different enterprises and branches of the tribe, and that I can still become involved. Once I had stopped concerning myself with whether or not tribal departments fit my major, I found myself getting more out of visiting the different departments, and I found myself interested in potentially becoming involved in departments outside of my area of study.”

That analytical approach was also reflected in Kietzman’s final thoughts on his identification as a Potawatomi, a common theme of PLP participants and many Potawatomi just learning about their tribe for the first time.

“On one hand, I was excited to learn about a part of my ancestors’ culture and to be able to share in those traditions; on the other hand, the culture and its teachings felt very foreign, and I had a difficult time identifying with the culture and accepting it as a history that I am connected to. During my time here, however, I have begun to change how I view the Potawatomi culture and how I relate to it. I have come to see that, even though I have not been raised with the Potawatomi culture, I can still identify to it through my ancestry.” 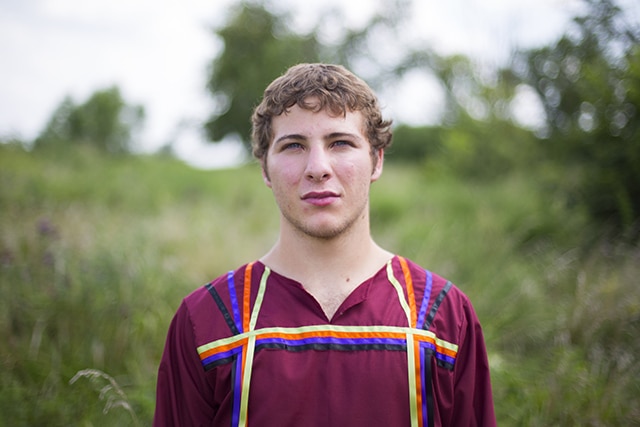 Boise, Idaho’s Blake Collins, a former high school wrestler who prides himself on his work ethic and determination to succeed, came to the PLP by way of a year of college and a stint in an Alaskan gold mine.

The program’s almost exhaustive schedule of cultural, recreational and professional tasks matched Collins’ own drive to push himself, and he cites that pace for his gaining an insight on the breadth of the Tribe’s programs and enterprises.

“I was able to hear from people with just about every career: bankers, police officers, teachers, legislators, lawyers, store directors, social workers and much more. The Citizen Potawatomi Nation does so much for its Tribal members and even other (Indian Nations) Tribal members,” wrote Collins. “My mom and grandmother have always talked to me about what great things our tribe is doing for its members and the city of Shawnee, but I never really understood the extent of it until now. This tribe is so much more than a big casino and grocery store.”

Part of CPN’s diversity aside from gaming and commercial enterprises was the work of the CPN Department of Environmental Protection and its ongoing efforts to improve the quality of the environment on Tribal lands and its surrounding communities.

This amazement set Collins and project partner Andrew Banta on a mission to propose a Tribal recycling program that could help turn a profit while maintaining the quality of life in the CPN jurisdiction through the collection of used electronic items.

“We are not expecting to make huge financial gains off of this endeavor,” wrote Collins. “However, if the tribe promotes going green enough, we could get a lot of recycled phones and computers and make a small profit off of it. Our tribe is already doing so much to help the environment of the world we live in, but we can always do more.” 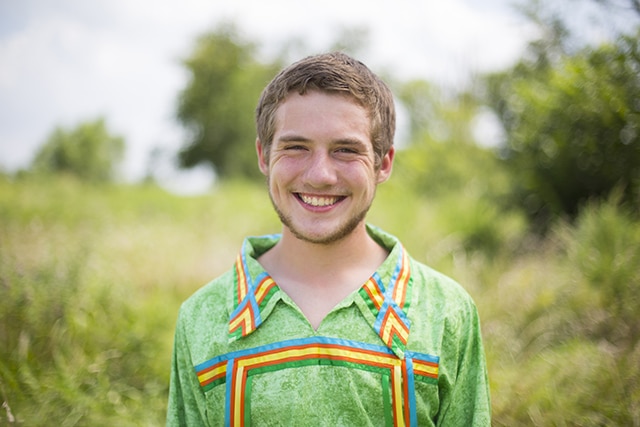 Though hailing just forty miles away from the CPN headquarters, Oklahoma City, Oklahoma’s Heath Steward admitted he had little knowledge of the Citizen Potawatomi Nation’s history and structure.

Heading into his first year of college, Steward was set on majoring in chemistry and pursuing a career in research, yet his experience in learning of CPN’s complexity has changed his assurance. That didn’t apply to the professional and academic realm only though, as Steward touched on the cultural diversity that sets CPN members apart from their fellow Native Americans.

“When the Chairman was giving us his rendition of the short version of the creation story, I began to ponder about the importance of these tales to both the Potawatomi people of today and those who have walked on this Earth before me. Not only were these stories fun ways to pass the time, these tales were indicative of how they viewed the complex world.”

Reflecting on his near misses over the years, despite living so close to the Tribal homelands in comparison to his fellow PLP members, Steward was effusive of the program’s impact.

“Being a PLP has opened a lot of doors. It is still strange to think that all of these things have been going on around me my entire life – the powwows, the naming ceremonies, the Festival – and yet I have never really known about it until this summer. I’m very appreciative of my time here. I have been given a unique opportunity to come and experience these things first hand. There is nothing quite like that, and for this I am thankful.”