The Potawatomi Leadership Program has been in place since 2003, educating young Tribal members on CPN and providing workplace experience and cultural. The program is only open to enrolled members of the Citizen Potawatomi Nation and is limited between 8 to 10 students. PLP participants devote six weeks of their summer as interns at the Citizen Potawatomi Nation headquarters in Shawnee, Oklahoma where they participate in group activities including cultural activities, time with the various departments and programs operated by the Tribe and service to Tribal elders.

At the close of each year, class participants write of their experiences as a final requirement of their project. Below are annotated versions of their submissions. 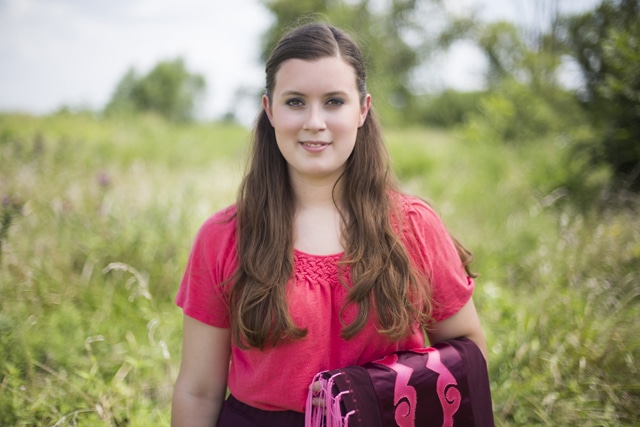 Ivory Hanson has a creation story all her own – it involves a bird – yet that didn’t stop this native of Urbandale, Iowa from bonding with fellow Potawatomi from around the country. That is not an easy task when asking 10 strangers to live in a house for six weeks.

“The people I have met and interacted with in this program have made the program what it is. The people I have spent the most time with these past six weeks are the other PLP interns. We have had many ups and downs throughout our time here, but each time we seem to be able to settle issues easily and get along with each other really well. At the end of the six weeks, it will be hard to leave the people that I have gotten
so close to, but it is comforting to know I have made lifelong friends in this program.”

Along with project partner Natalia Anglin, Hanson set out to develop a Potawatomi workbook that helped newcomers to the Tribe’s culture and history.

“Our workbook is supposed to be just a beginning introduction to CPN culture so they feel more comfortable going out and learning more on their own,” wrote Hanson.

It is a project that will likely outlast the summer, as Hanson and Anglin will continue its development over the coming months with assistance from various Tribal departments.

“When I go home, I will take with me a better understanding of our culture and history, cultural lessons I have learned from different people in the Tribe, an understanding of how accomplished CPN is as a Nation with all of its
different businesses and ventures, and how passionate people are about the Tribe.” 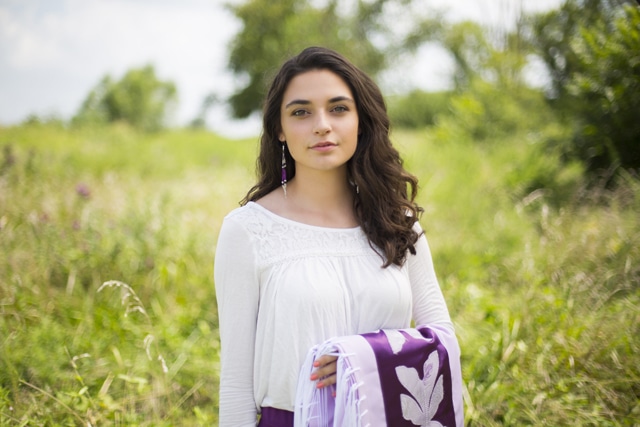 Echoing the sentiments of many, West Covina, California’s Natalia Anglin summarized what she’d have been doing in the summer of 2015 if not for the Potawatomi Leadership Program.

“If I didn’t come to Shawnee, I would have wasted my summer sitting on my couch at home watching Netflix and avoiding the outside world,” wrote Anglin.

Yet for Potawatomi wanting to know more about their cultural background, it’s a good thing she left the couch. Partnering with Ivory Hanson on a cultural workbook, Anglin noted the motivation behind their project that will
sound familiar to many Tribal members around the country.

“Neither Ivory nor I have ever lived in Oklahoma, so we both knew how little information about the Tribe’s culture really reaches the outer districts,” she wrote. “For me personally, I never really felt connected to the Tribe and was a bit intimidated by the website to try and find information, and I felt I didn’t really have a
place to vote on or contribute to the Tribe since I had never been to Shawnee, Oklahoma.”

The two have set forth a plan that will continue the workbook’s development in the coming months. Her experience in putting the project into motion also gave her an insight into the day-to-day work environment of the CPN Administration Building.

Penning by far the longest and most detailed personal reflection of the 2015 PLP class, Anglin summarized her summer experience succinctly.

“Trying to capture six weeks of cultural information, Tribal benefits, departments and enterprises, and all the amazing people we had the opportunity to meet is the hardest part of the whole experience. As cheesy as it is to say, I wouldn’t, in all honesty, give up this experience for anything.” 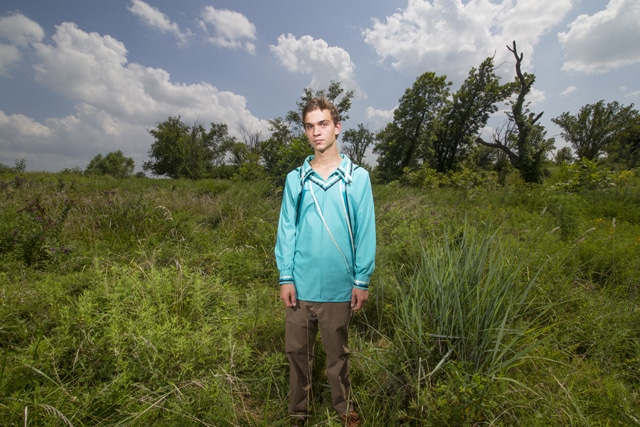 For much of his life, Ross Korzeniewski admitted that while he knew of his Potawatomi descendancy, he wasn’t quite sure what that meant. A first step in defining that Potawatomi came during the 2014 Family Reunion Festival, where Korzeniewski travelled to Shawnee, Oklahoma. In 2015, he took another step, applying for the Potawatomi Leadership Program.

Despite his unfamiliarity with the Tribe, the College Park, Maryland-native learned that CPN’s mission is reverberating across not only the Nation, but through generations.

“I remember during a talk I had with one Tribal elder, Betty Simecka, and we talked about the uniform shared vision at CPN,”recalled Korzeniewski. “Everything here is done with purpose. People’s entire lives are invested into our Tribe, our culture, and our interest.”

Korzeniewski and project partner Paulina Davison examined more efficient process for outside firms to do business on CPN lands via the HEARTH Act. Tribal professionals and administrative personnel are still exploring the details
involved in such an endeavor. Like many who first come to the PLP, Korzeniewski was hesitant due to his perceived lack of knowledge about the CPN.

Yet as many who take that most difficult first step in applying, the leadership program has impacted his outlook.

“Now, towards the end of the summer, I feel I can proudly say that I am Citizen Potawatomi and stand firm on the knowledge and wisdom I have gained,” he wrote. “I am still involved in a learning process, and I hope to always be. But with the knowledge that I have gained, I want to pass it on to others. There is a contagious passion within this tribe, and I am proud to say that after this summer, I am a part of it.” 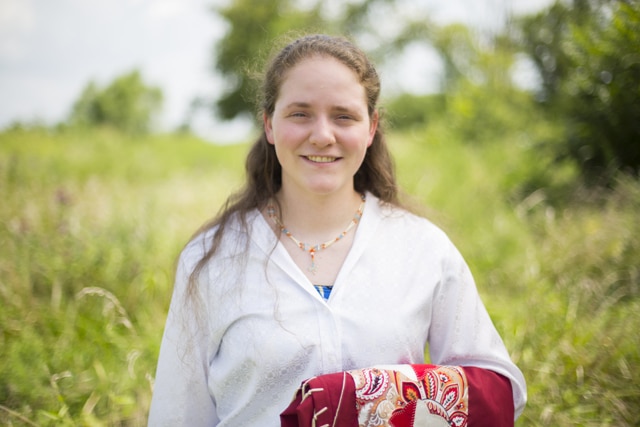 Davison took her experience as a PLP participant to find a role where she can one day contribute to the Tribe’s diverse set of enterprises. Given her academic pursuits, including a bachelor’s degree in computer systems engineering and planned master in computer science and economics, CPN might just come out ahead on the investment in this Arizona State University student.

“This program has allowed me to identify where my talents and passions can benefit the Nation, and how I can continue to contribute when the program ends. I am extremely excited at the prospect of a data center at the Iron Horse Industrial Park, the creation of a television, radio, and phone Internet platform and the progress of a
virtual Tribe.”

This focus also drove Davison’s PLP project, which focused on streamlining the application process for firms wishing to do business on Tribal lands under the U.S. HEARTH Act.

“Our project is to develop a flexible framework that will allow or more efficient processing of HEARTH Act businesses and account for situations that may occur in the future, such as businesses competing for the same
lease.”

As work on Iron Horse Industrial Park continues in the coming years and more commercial entities utilize the  advantages of doing business on Tribal lands through the HEARTH Act, Davison’s expertise may bear fruit for the Tribe and its newest businesses.

“I will offer my assistance to my legislators, Dave Carney for my home in Puyallup, Washington and Gene Lambert while at Arizona State University in Tempe, Arizona. I am excited to continue learning with the Nation’s undertakings in mind, and to adjust my habits to live in a way that honors my Native heritage.” 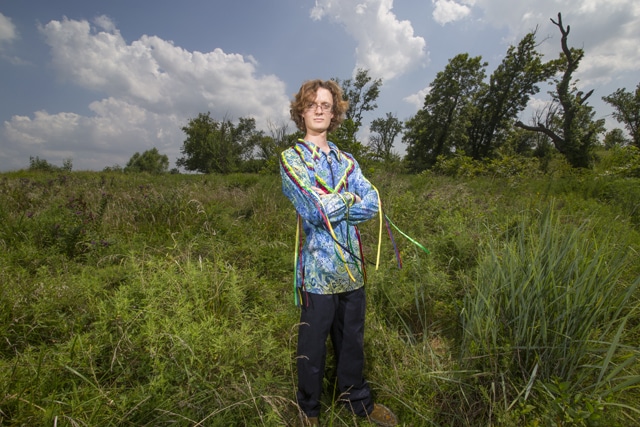 Tyler Kline echoed many a PLP alum in his final reflection when describing the thought process leading up to his application to the Potawatomi Leadership Program.

“I almost did not sign up because I thought it was going to be a boring shadowing experience strictly for future politicians,” wrote Kline.

Yet first takes are often unreliable, especially when viewed from El Paso, Texas. Attendees of the Tribe’s numerous outdoor enterprises, especially FireLake Golf Course, may one day have Kline and project partner Andrew Kietzman if a lack of buzzing mosquitoes is no longer an excuse for an errant golf swing. The two proposed a solution to one of the area’s most vexing problems by projecting a cost-benefit analysis of an aquaculture system that would eliminate algae in ponds where larvae breed.

Kline also cited the knowledge of cultural ceremonies like the sweat lodge as a catalyst for his own reconnection with his spiritual side.

“This can be a driving point or a drive away for some, but the prayer circle, the sweat, the naming, and so many more reminded me of the goodness individuals carry and the community they can build by simply being there,” he
wrote.

Headed home for the summer, Kline explained that he felt confident of his place in CPN’s future following what he had learned from leaders like Vice-Chairman inda Capps. Connectivity to a grand community is what Kline took home from his experiences, something that will carry him forward as a Potawatomi leader in his own community.

“On top of the immensity of what it means to be Potawatomi, I have learned so much more about myself and built true character in my time here.”