In April 2015, two Citizen Potawatomi Nation members boarded a Kansas Honor Flight bound for Washington D.C. Tribal members Steve and Turk Peddicord visited the nation’s capital, though their brother Stan was unable to go due to a family emergency. Below is an account of their trip from Steve Peddicord.

Turk, Stan and I are all Vietnam Veterans. We were all three in Vietnam together at the same time. Stan and I signed waivers so that we could serve our country where the Army needed us. Mother was not happy. 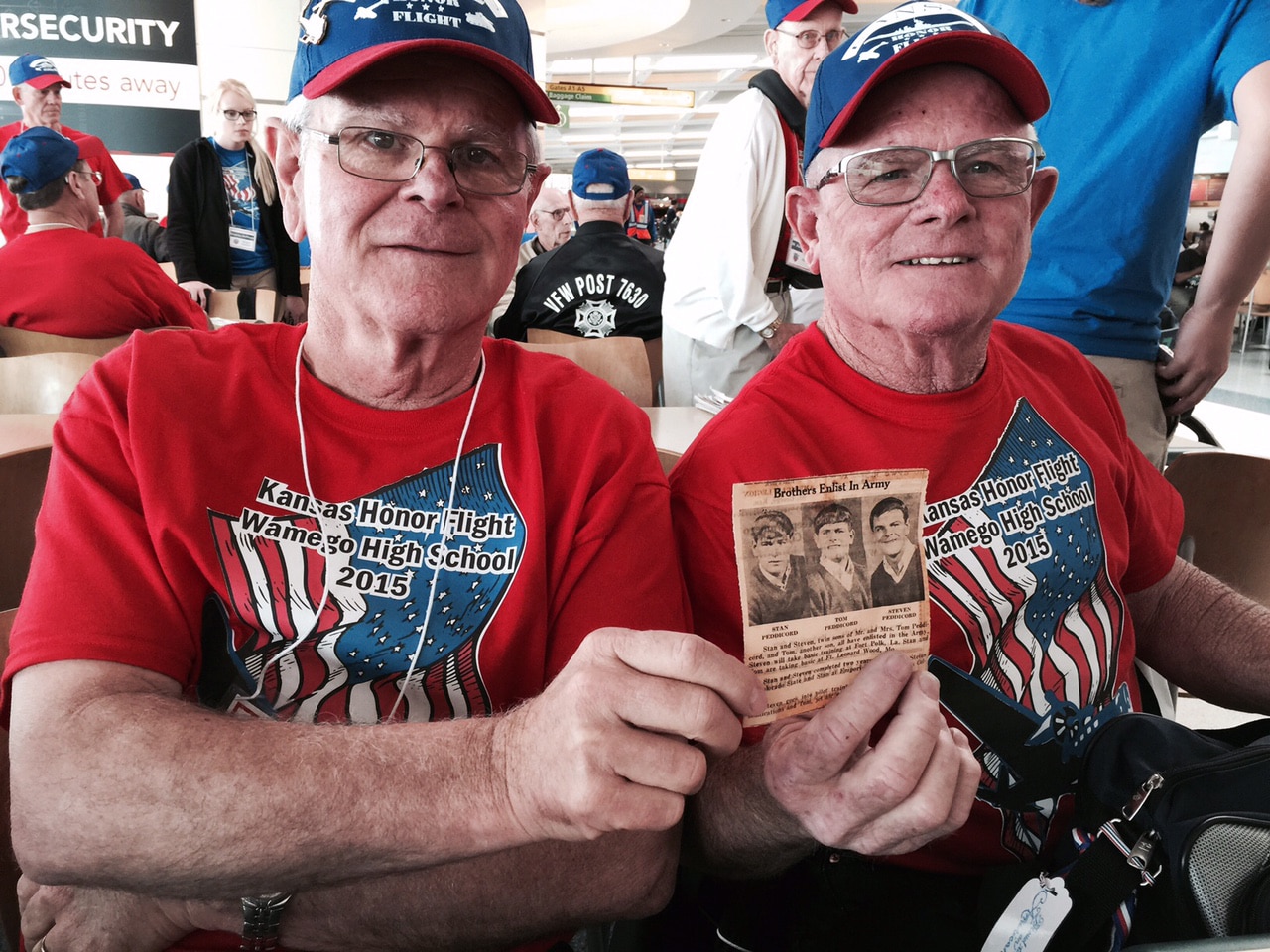 To say that this Kansas Honor Flight was a life altering event for veterans would be an understatement. The many honors accorded us made life memories for us veterans and tears of gratitude continue to well up, even now.

The Wamego High School National Honor Students, or guardians, were paired up with us veterans so we would have a safe, memorable and rewarding experience.There were four WWII vets, 11 from the Korean War and 10 from the Vietnam War. I believe we veterans came away from this trip feeling that our country will be in good hands going forward. The guardians, in turn, functioned as sounding boards for our war stories. I know we probably bored them, but at least they listened. These youngsters seriously cared, wanting to learn more about patriotism, the military and appreciated some of the struggles we went through. We veterans are forever grateful for that.

Our first stop was the WWII Memorial, where retired U. S. Senator Robert Dole greeted us and shook our hands. We were so honored to see him. Current U.S. Senator Pat Roberts broke away from his senatorial duties to visit with us.We read about these people, may even have voted for them, but actually meeting them was an honor for us. Both expressed their appreciation for our sacrifices and achievements, and they meant it! 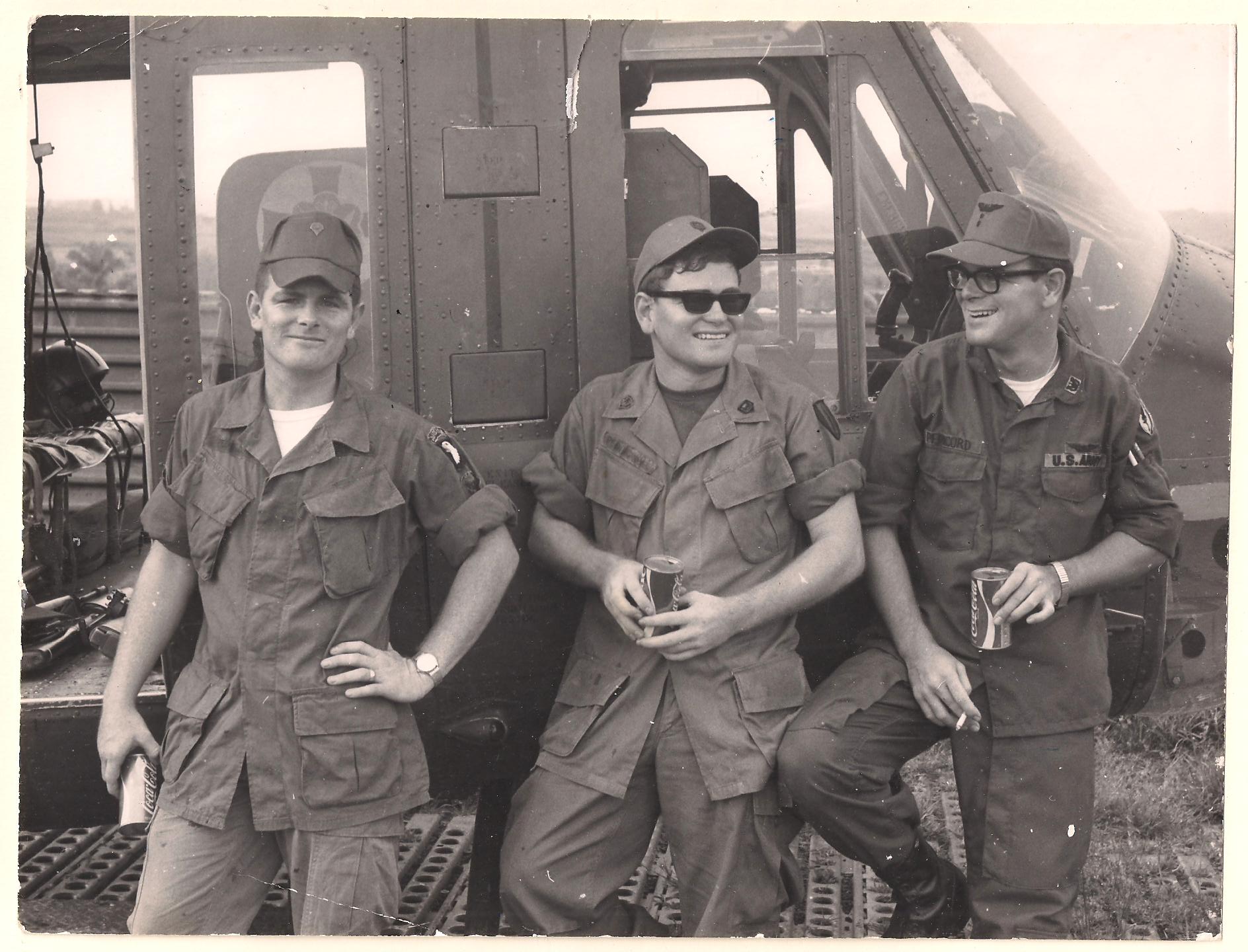 From there we bussed to the Lincoln Memorial. On either side of this edifice are the Korean and Vietnam War memorials, both spectacular to see. As a Vietnam veteran, touching names of people I knew on the Vietnam Memorial wall was very emotional. My guardian, Elise Wolf, and I found the name of an army friend who died for a reason I won’t go into here. We touched that name and I felt a great demon lift from my shoulders that had been weighing on me for 45 years. We cried, she cared, and now I’m ready to move on. I’m forever indebted to Elise and hope we remain friends.

We then took a bus tour of Washington D.C. Most of us had never been there, so you can imagine our jaws dropping while seeing the grandeur our tax dollars have wrought. Our visit to Arlington National Cemetery was highlighted by the Changing of the Guard at the Tomb of the Unknown Soldier. It was very stirring.

The greatest part of the trip was returning to Wamego to a surprise homecoming. Crowds carried welcome home signs, and a band played while friends and family from far and wide were there to greet us. It wasn’t like that 45 years ago. I highly encourage all veterans of these three eras to contact your nearest Honor Flight Network hub and register. Google it. It’s totally
free. Do it while you still have time. It will be one of your most worthwhile life experiences.