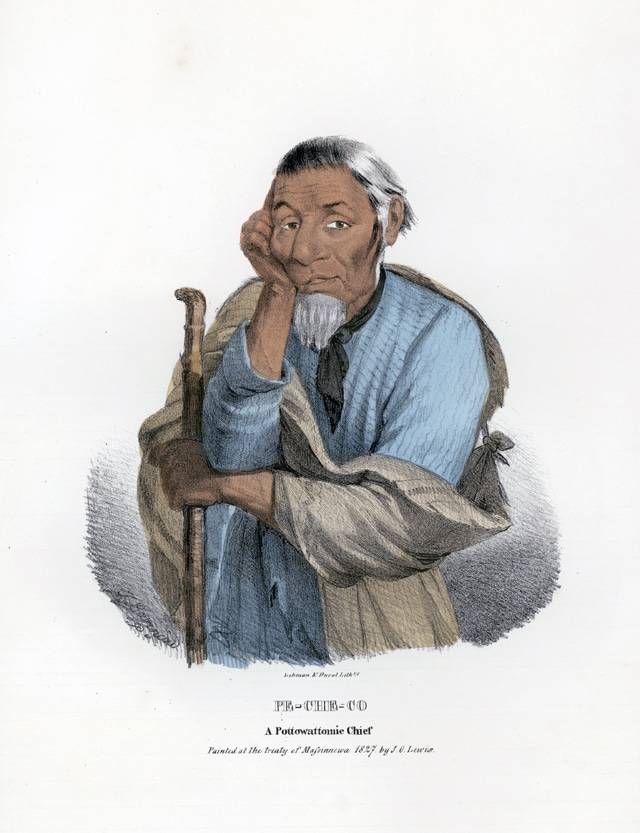 The treaty was a means to affirm previous compacts and ultimately draw peace between the Potawatomi Nation and the United States, resulting from the depredations caused and faced by both sides during the War of 1812. Exhibiting his status as an esteemed warrior and leader, Sunawchewome [Swift Water], who also went by the alias Pecheco, was first to sign for the Potawatomi Nation.

Click here to see page 1 and page 2 of the treaty.