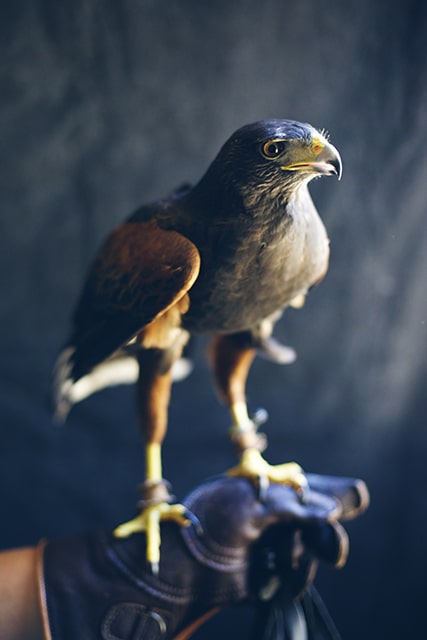 Family Reunion Festival brings together families from across the world to reflect and learn about Potawatomi history at the Tribal headquarters in Oklahoma. Aside from studying the Tribal archives and practices, another way to share Potawatomi culture is by connecting with wildlife.

During the summer, Oklahoma is home to more than 120 species of birds. Kites, eagles, flickers and woodpeckers are all within view during Festival. A common sight is Oklahoma’s state bird, the Scissor-tailed flycatcher. Adults have greyish heads and backs, white underparts and light orange flanks with dark silver wings. Their namesake, the long scissor-like tails, are almost longer than the bird’s body, making them unmistakable and hard to miss.

Although called Mississippi Kites, Oklahoma is home to the most concentrated group of these birds in the nation. The small but fierce kites are silver and grey, feeding on insects and small reptiles. They spend winter in South America and summers in Oklahoma and are known to be very protective and will attack perceived threats, so keep a good distance when watching.

Ruby throated and black chinned hummingbirds are readily seen in Pottawatomie County. The small, colorful bird has a deep and rich history in Potawatomi folklore and is said to show how to overcome the impossible, bringing joy into life and representing happiness in the world.

The Red-tailed hawk is also a common mid-summer sight along Oklahoma’s rural roads. Females are always bigger than males, while Oklahoma Red-tailed hawks have no markings on their chest. Bird watchers can make out their unmistakable reddish brown tails while they are “making lazy circles in the sky.”

Killdeers nest on the ground and often fan their wings and screech to ward predators away from their nest which sit next to roadways. Just keeps your distance from their nests containing speckled eggs that blend in with the gravel. Bald eagles, the Greater Roadrunner and the Belted Kingfisher are also mainstays of mid-summer Oklahoma, the latter of which can be found next to creeks or the river, lurking for any chance to catch a meal.

So while you’re teeing off at FireLake Golf Course, taking that first strike at FireLake Ballfields or pitching a tent next to Squirrel Creek, keep an eye out for these Oklahoma residents and incorporate them into your regalia, art contest or song ideas this June or for Festivals to come.