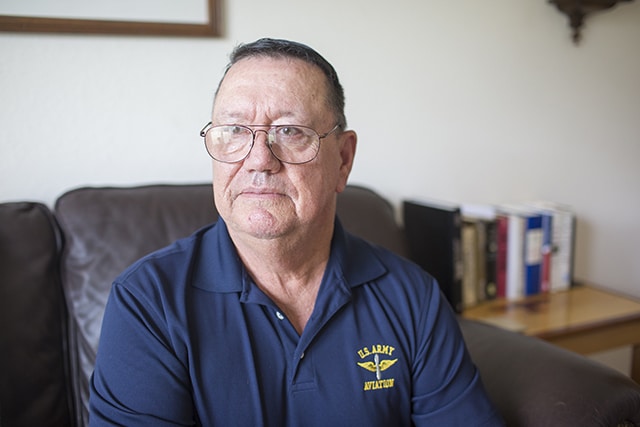 In February 1971, hundreds of U.S. Army and Air Force aircraft took part in an operation to sever one of the main arteries supplying weapons and supplies to the Vietcong and North Vietnamese Army fighting the Americans and their South Vietnamese allies. One of the pilots taking part in that operation, dubbed Lam Son 719, was Seiling, Okla.’s Robert Sander. The Navarre-family descendent was a commissioned officer in the famed 101st Airborne Division, and flew a number of missions during the nearly two month long operation, which resulted in 253 Americans killed in action.

Upon his retirement from the Army as a colonel in 1993, Sander found himself drawn back to this battle. Years of curiosity and research into the motivations, planning and strategy behind it led Sander to write a book on the operation, the only published work from the first-time author.

“A lot of people didn’t know about it,” said Sander. “An artillery officer I spent 25 years in the Army with was visiting one day after we retired. I mentioned Operation Lam Son 719 and he asked me, ‘What’s that?’”

Published by the University of Oklahoma Press in 2014, “Invasion of Laos, 1971: Lam Son 719” is now in its third printing and has been warmly received by military historians and veterans.  A quick scan of the book’s reviews on Amazon is a testament to its success.

In February 2015, Sander’s book was reviewed by U.S. Army Combat Studies’ Institute Col. Thomas E. Hanson in Military Review magazine. Commenting on the first-time author’s work, Hanson wrote “Should ‘Invasion’ prove to be Sander’s only contribution to the body of work on the Vietnam War; he will nevertheless have done the historical profession and the Army a profoundly important service.”

Sander recently learned that the book has been ordered by the British Royal Air Force Museum, signaling that a wider promotion and audiences are still to come.

Sander credits the book’s success in large part to others, including Mike Sloniker of the Vietnam Helicopter Pilots Association and the staff at the University of Oklahoma Press.

“A university press publishes history and other topics that may not draw the attention of a popular press company, particularly from a first time author,” he explained. “The academic review, advice and assistance rendered by OU Press were invaluable.”

The Potawatomi author is the keynote speaker at the CPN Veterans Organization Vietnam Banquet on September 26, 2015. He will speak of his experiences in the military, and the background of his book.
Reflecting on a year since his first work was published, Sander emphasizes a point he feels is often lost through the American-focused lens that such histories center on.

“We overlook the contribution of the Lao soldiers who fought on behalf of the United States as the special guerrilla units. They sacrificed their homes, their families and their lives. Once the communists took over, they were wanted men. Capture by the communists meant confinement in brutal “reeducation” camps, which was in reality, a death sentence. Many made it to the U.S., but have never received a nickel of veterans’ benefits, nor have their sacrifices been recognized. There are a group of these soldiers in the Tulsa Hmong community.   I feel a little bit ashamed when I meet with them because they’ve been treated so poorly.”

Sander’s work in telling these untold facets of one small part of America’s longest war is a form of repayment for this and other forgotten aspects of the conflict. It is not an easy burden to carry, but given the reception to the book and his determination to carry on his message about this important story, Sander is as well prepared as any to make one last run as a participant of Operation Lam Son 719.