Way Back Wednesday: June 10, 2015 – Potawatomi Indians of the West: Origins of the Citizen Band Potawatomi

In 1961, Father Joseph Murphy, whose name now adorns one of the Tribal Elder Housing Complexes, penned “Potawatomi Indians of the West: Origins of the Citizen Band Potawatomi.” 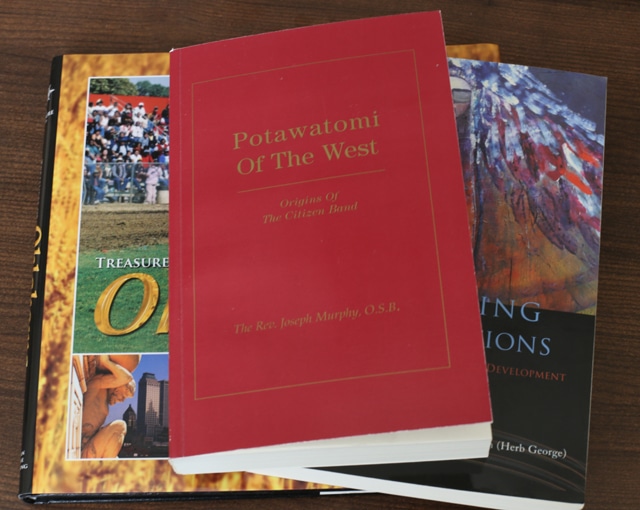 The study was reprinted in 1988, and the forward written by Dr. R. David Edmunds of Texas Christian University sums up the work’s impact and scope.

“Grant Foreman, Angie Debo, and A.M. Gibson have all described the role played by the Five Southern Tribes in the transfer of American culture to Indian Territory, but with the exception of William Unrau and Joseph Herring, historians generally have ignored the impact of the Potawatomi, Shawnee and other tribes in Iowa and Kansas. Hopefully this volume will serve as a catalyst to inspire additional inquiry into this subject. Like other Americans, Indian pioneers did much to shape and transform the American West.”

Father Murphy’s work can be purchased in the FireLake Gift shop, both in person and online.