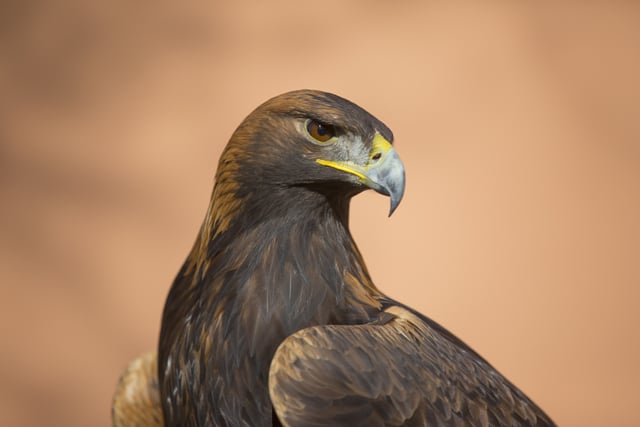 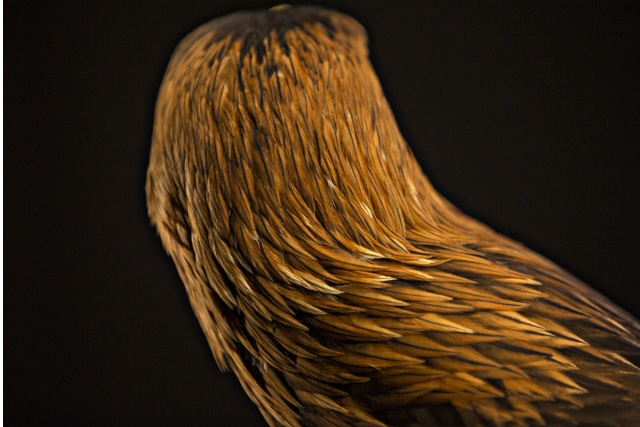 The Citizen Potawatomi Nation’s Eagle Aviary is home to bald eagles and various other species of birds. In one way or another, almost all the aviary’s residents are unable to fly.

Recently the aviary took in a golden eagle because the facility that housed him no longer had room. CPN Eagle Aviary manager Jennifer Randell and staff member Bree Dunham sat down with the Hownikan to answer a few questions about this newest tenant.

What is the golden eagle’s name and how old is he?

“Myanabe is our two and a half going on three, male golden eagle.”

How and where did you get him?

“He came from a Comanche Nation aviary facility called Sia in Cyril, Okla. He was transferred to Sia from a local bird rehabber. He was injured in Kansas when he flew across a road and was struck by a vehicle. After some testing, they found out he had lead poisoning.

The lead poisoning is what led to the muscle weakness and him not being able to fly well. As a result of that, he also can’t see very well.”

How did you come up with his name? 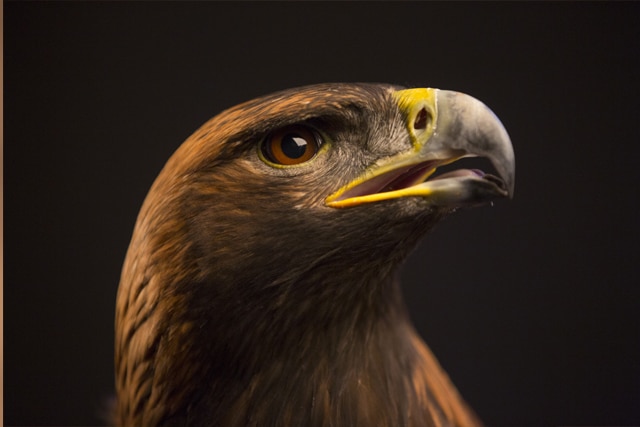 What do you do with him?

“He is used for education programs. Because of his limited vision, sometimes that can be a challenge for an education bird, but he likes the social interaction. We’re not able to put him in a big flight enclosure because he could injure himself. We keep him tethered to take him out to education programs because that interaction is good for him. Also it’s great to take a live eagle to a presentation and let people have the up close interaction with a bird.”